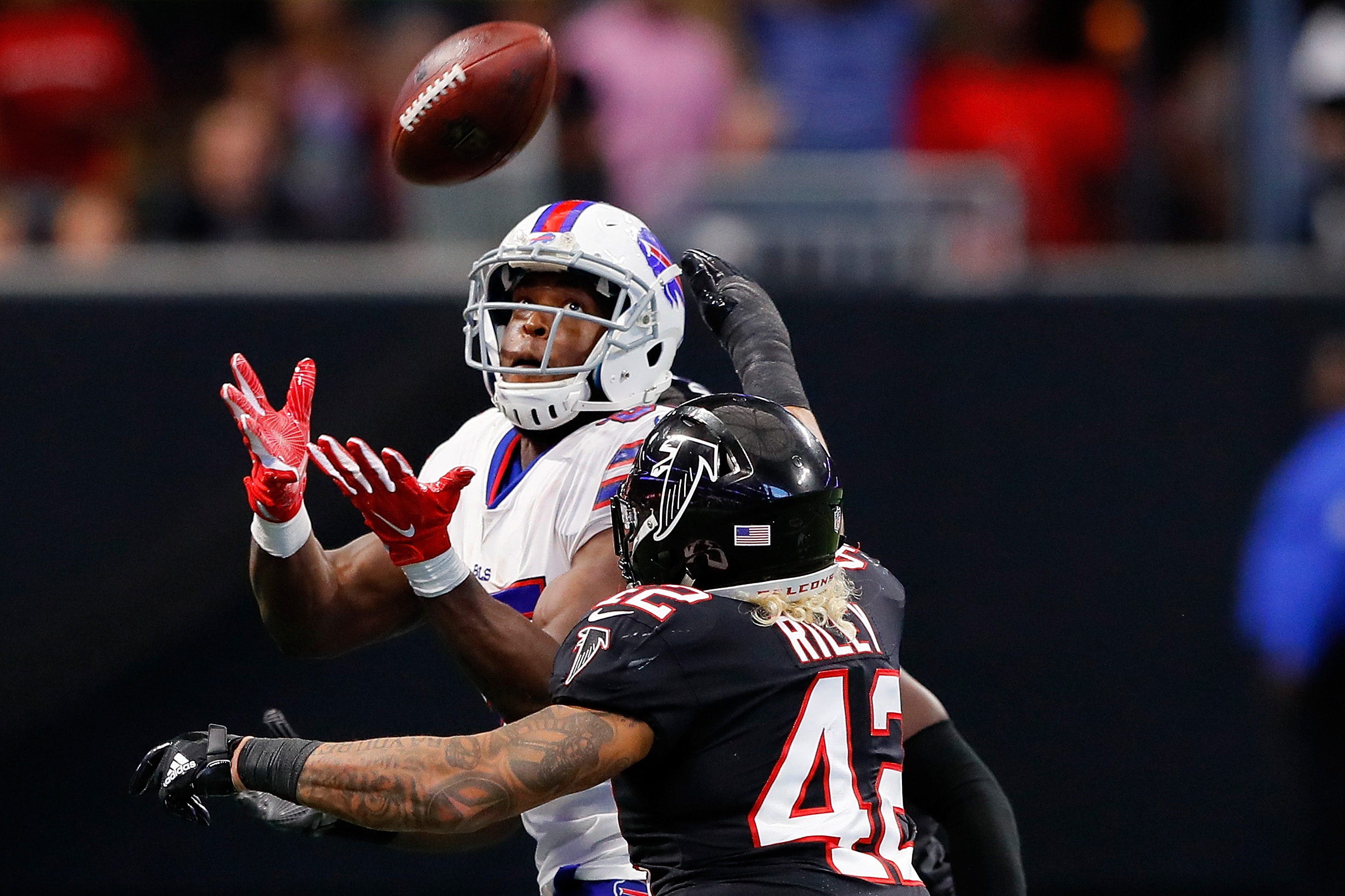 1) While I sat at the table by myself at a Queens bar with about 5 minutes left, I tweeted out “The Bills are gonna lose this game.” My phone died and all of these things raced in my mind about what the narrative would be after this game.

“They kept it close, so, there has to be progress, right?” -The angel on my right shoulder-

“But I’ve seen heroic losses before on the road against great teams. You could make a novel of tough Patriot road losses that were supposed to build character” -The devil on my left shoulder-

All week we heard how the Bills haven’t pulled off a big road win since the Clinton administration, but I sure as hell knew they pulled off a lot heroic losses against Super Bowl caliber teams. I was in no mood to write about this bullshit narrative again. Until that last play of the game, I didn’t believe they were going to win. History during the drought has told me we were about to add one more shitty loss to the Bills’ book. But a funny thing happened…The Bills believed in themselves and proved that on one Sunday, they weren’t the same old Bills. They are too stupid or too hungry to care about draft picks or be tackling dummies. They did what I could never do and that’s trust the process.

3) So how did the Bills win this game?

5) Tyrod’s best receiving weapon is Charles Clay. I think losing Woods/Watkins may have been the best thing for the TE. Tyrod doesn’t have anyone on this team that he has throwing chemistry with. Zay Jones looks completely lost out there and his chemistry with Tyrod just isn’t there. Clay is the only WR/TE on this roster who Tyrod threw passes to the previous two seasons. In his last 7 games with Taylor starting, Clay has 7 TDs and 36 catches. His 112 yard game today was the 2nd time he’s gone over the century mark as a Bill and first time since Giants/Bills in 2015.

6B) While Pro Football Reference doesn’t keep track of drive times from before 1999, the 11:20 drive today was the longest the Bills have had over that stretch. And with help from Mike Haim, it was the longest Bills drive dating back to 1987 when they started keeping track. Hell, maybe it is the longest drive in Bills history.

7) While it wasn’t like last year, the running game looked a lot better today. There were some nice runs where McCoy really showed his patience in letting the holes open up for him. He gets a lot of love for his shiftiness, but his vision to pick holes shined through today. I also liked seeing Incognito do some guard pulling which was out of last year’s playbook.  McCoy did his best work on that 11:20 minute drive when he gained 44 yards rushing. Still, outside of that drive, the Bills on the day only averaged just 3.3 YPC. So there’s still a lot of work to do.

Here's how LeSean McCoy greeted the media once we were let into locker room.

"You all picked us to lose! Come talk to the winners!" pic.twitter.com/9QduQ13Ykm

He’s reminding me of Thurman Thomas with his trash talking towards media members who doubt the team. That’s what Thurman used to do back in the day. Trust me, it takes a lot for me to draw parallels to those 90s teams. McCoy’s running ability and trash talking reminds me of #34.

8) Lorenzo Alexander had 3 QB hits today. I think he’s done a really nice job in adjusting back to a 4-3 defense. Also, Jerry Hughes is so good off the edge and the spin moves he normally pulls out are eye-dropping.

11) Weekly shotgun portion of the piece: The Bills were in Shotgun on 22 plays. McCoy ran twice out of shotgun for a total of 10 yards. Taylor threw for 55 yards while in shotgun.

12) The Bills have gone three straight weeks where their yards per carry has been less than 4 yards. That’s the first time they have done that since 2014. After that, you’d have to go back to 2008 to find the trifecta of poor rushing games in a row.

13) The last three MVPs: Aaron Rodgers, Cam Newton, and Matt Ryan. The Bills have faced all three (Rodgers-2014/Cam and Ryan-2017) and have held them to a combined 39 points.

14) Final word: I’m stubborn like a mule. I don’t want to have some sort of sweeping declarations like playoffs are on the horizon, but things do feel like they are changing. The defense is playing lights out right now and they aren’t doing it against shitty QBs. McDermott has the team believing in themselves probably because he has them believing in his defensive scheme. I’ve been impressed with Tyrod’s play and when they actually have him throw the football, he’s been efficient. If only they still had Sammy Watkins [Let it go, Joe]

The Bills are a lot better than I thought they were going to be and are so much better than what Rex Ryan did with them. I’m still waiting for the shoe to drop, but rooting for wins is a lot more fun than rooting for a top pick.