Beauvillier Motivated to Play 'Like I Have Nothing to Lose' 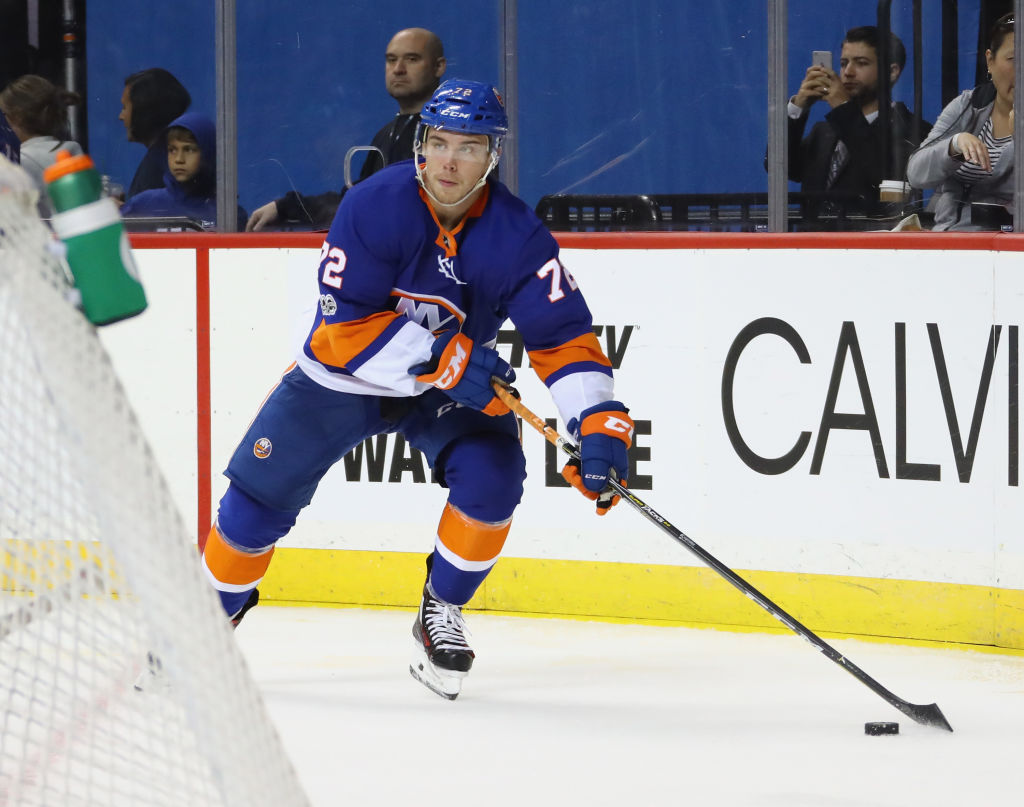 Beauvillier Motivated to Play 'Like I Have Nothing to Lose'

NEW YORK — When the going gets tough, the tough get going.

It’s as cliché as it gets for young forward Anthony Beauvillier, who is faced with a non-guaranteed spot in the lineup. It’s a challenge the 20-year-old is disappointed about but can use to fuel his game.

“I’ve been practicing a lot and was shocked at first when I was scratched,” Beauvillier said ahead of Saturday’s 5-3 win over San Jose. “Just really excited to get back (in the lineup), work hard, play fast and have fun. Good things will happen.”

The Sorel- Tracy, Quebec native was scratched just one week ago. It came as a shock to the forward, but also to fans in favor of letting young players grow and develop in head coach Doug Weight’s system.

After back-to-back games as a minus-one with four penalty minutes and four shots on goal, Beauvillier found himself sitting in the press box – a place he saw a few times last season – in favor of veterans Jason Chimera and Nikolay Kulemin.  He believed last year’s humbling experience can help him cope better in 2017-18.

“You can always find positive things out of that but you never want to sit for a game,” he said. “It’s kind of hard. You’ve just got to keep working hard when it does happen. You just have to go out there and make sure it doesn’t happen again.”

Right now, Beauvillier’s goal is to make his coach’s decision a tough one. He’s averaging slightly less than 13 minutes of total ice time with 17 shifts per game. Weight sees a change in Beauvillier’s game but it hasn’t been enough to warrant more ice time.

“Just wasn’t good (in Anaheim),” Weight said last week. “It’s everything from shift length, devisions, body language, everything like that. We’re clear on everything. Beau’s been working hard.”

In practice, he has worked hard and was rewarded with a start on Saturday night against the Sharks. Beauvillier started along side fellow youngster Matt Barzal and veteran Josh Bailey. The line generated many scoring chances, which Bailey loved.

“I thought Beau had a great game (on Saturday) as well as Barzy,” Bailey said. “It was fun playing with those two and hopefully we can keep that pace going.”

The Islanders have a logjam of forwards vying for a handful of spots. Aside from Beauvillier, Kulemin, Cal Clutterbuck and Josh Ho-Sang have all bounced in and out of the lineup. This doesn’t include Shane Prince and Alan Quine, two forwards that have provided a strong impact the last few seasons and are currently injured. Once Prince and Quine are healthy, Weight has several decisions he must make.

Either way, some players will receive the short end of the stick. Beauvillier is motivated to be on the long side.

“I just want to go out there, have fun and enjoy it,” he said. “It just means I have to be better whenever I’m on the ice, make things happen and be good in all three zones. I’m really excited to go out there and play like I have nothing to lose.”

Beauvillier shrugged off the idea he would be playing with a chip on his shoulder. He hasn’t read too much into the noise. In reality, he knows he needs do a much better job on the ice, especially after coming off a rookie season in which he played 71 games, scored 10 goals and collected 25 points.

Nothing is ever guaranteed in hockey, especially lineup spots. But, the 20-year-old forward will not be outworked on the ice, even if he’s competing with five other friends.