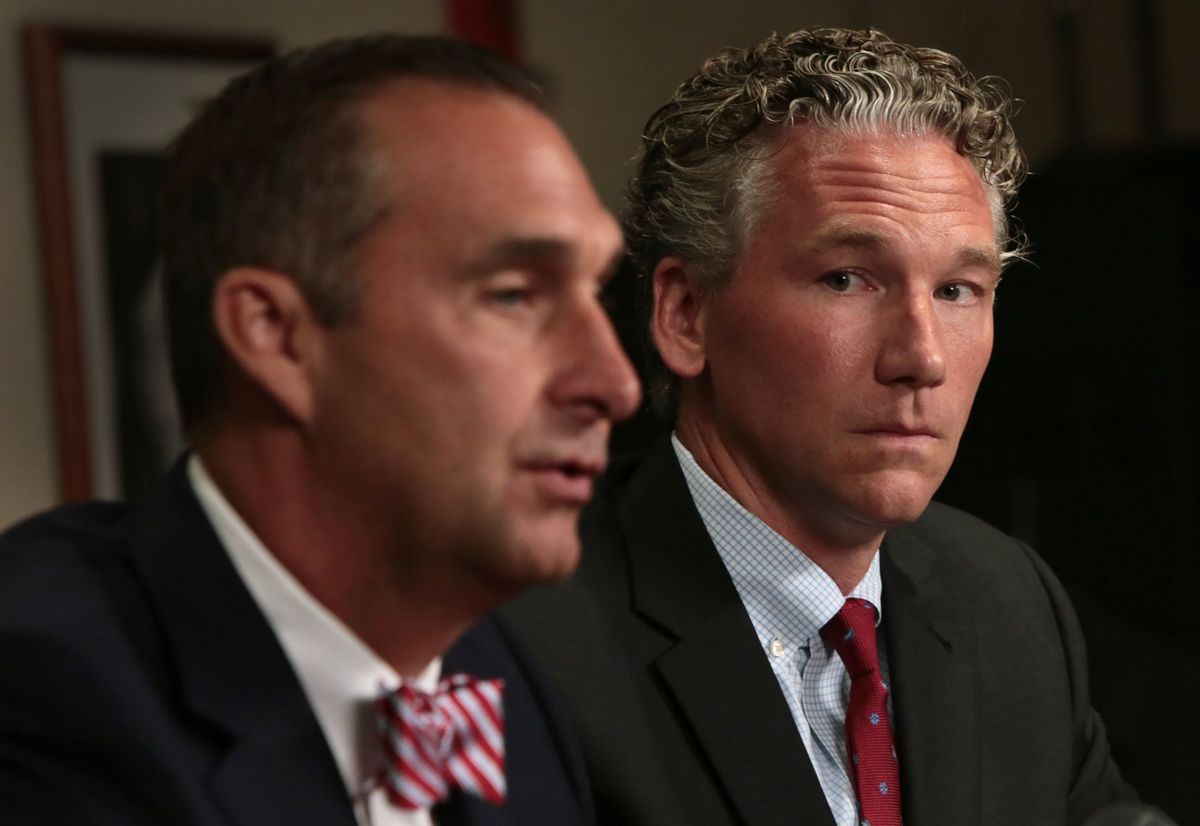 I was back in St. Louis this weekend for a wedding.

Got in early Friday morning and I wasn’t disappointed with the weather – it was a top 10 day.

So like normal adults do on their vacation days, I walked down to Busch Stadium to see what was happening in and around a sporting facility that hasn’t been used in weeks and won’t be used again for months.

That’s when I saw this:

Look what they're playing in Ballpark Village today… 🔥🔥🔥#STLCards pic.twitter.com/bL43i2Gv47

If I’m being real honest, I don’t believe that anyone associated with the Cardinals or Ballpark Village put the Cubs getting eliminated from the postseason for the first time since 2015 on intentionally.

Somebody threw on MLB Network, it happened to be a replay of Thursday’s game, and I walked by the completely empty viewing area (like normal adults do) during an especially painful moment in time for the Cubs.

I tried stirring it up a little bit on STLCards Twitter.

If you go by RTs… looks like I didn’t have any takers.

The Cubs know they have a special core of everyday players.

I can’t help but think that this (rather abrupt) dismissal from the Dodgers in the NLCS is only going to motivate their front office to move aggressively to fill two glaring needs: bullpen pitchers that can throw strikes and starting pitchers that can work deeper into games.

When the Cubs have a major need, they do something about it if at all possible. They usually don’t fool around. They get after it. They often go big. If you’re a Cubs fan, you can have confidence in Epstein to do whatever it takes to reinforce the roster and elevate next year’s win total back to the 100 level.

St. Louis (the city) is still having 80 degree days, so the off-season is still nascent.

There are weeks and weeks ahead of rumors, speculation and ultimately signings before 2018 rosters are pulled into focus.

Even though you can revel in the Cubs once again ending their season by ‘flying the L’, be wary of going overboard.

Now that the Cubs have some extra motivation, it’s going to be even harder for the Cardinals this winter to close the NL Central gap.