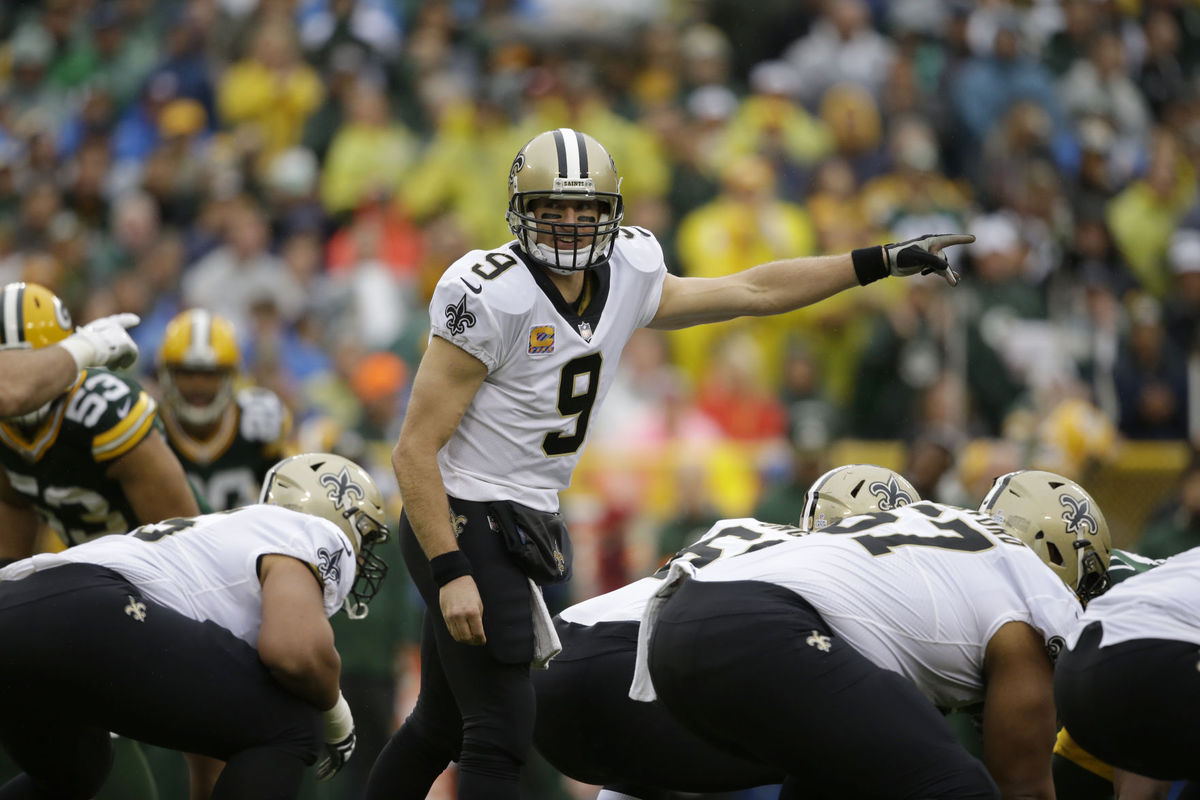 Well Saints Nation, I’m back! I disappeared for a few weeks from both Saints Nation and Twitter but I am back. Enjoy…..

Well Saints fans, it’s been a long time since we could say that the Saints are a winning organization. And after the 0-2 start every fan thought the same thing, same old Saints. Then came Carolina. The Saints went into the divisional opponents house and held Cam Newton and company to one touchdown in a 34-13 beat down. If you are like me you were probably thinking that this was nothing more than Carolina having a bad day. I was happy for the win but I know what I saw in the previous two weeks. The Saints team I saw in weeks one and two were nothing like the team in week three. Then, of course, was the shut-out of the Dolphins and the defensive domination of the Lions. Okay, is this team actually good? This has got to be the most confused I’ve ever been as a Saints fan. Now, after seven weeks, the Saints are 4-2 and in first place of the NFC South.

So can we actually believe this team?

After last season the Saints parted ways with longtime veteran Jarhi Evans, who was starting to show signs of serious decline. They replaced him with the talented Larry Warford in Free Agency. They also used the first round draft pick the team got from the Patriots in the Brandin Cooks trade to snag rookie Ryan Ramczyk. The thought of having Armstead, Peat, Unger, Warford, Strief as your starters with Ramczyk and Kelemete as backups and occasional contributors was intriguing. The Saints have always had an above average line, but this had the makings of one of the elite offensive lines in the NFL. Then injuries happened. First it was Armstead, then Unger, then Strief, now Warford and the Saints haven’t seemed to miss a beat. Drew is one of the least sacks quarterbacks and after a slow start the running game seems dominant. After shuffling players around, and now having Armstead back, the offensive line has just been doing its thing and doing it well. Kelemete is a good backup and will fill in nicely until Warford is back and the rookie, Ramczyk, has been worthy of his first round pick filling in for Strief. The only worry I have for this unit is health. As of today, they really can’t afford anymore injuries, so one bad injury could send this unit down a dark dark road.

Going into the season no one hardly talked about the lack of depth for the Saints at the receiver position. Currently the team has relied on Micheal Thomas and Ted Ginn. Willie Snead had a three game suspension and is now battling a hamstring injury, Brandin Cooks was traded to New England, Tommy Lee Lewis is used sparingly and doesn’t really flash when called upon and Brandon Coleman has seen an increased role. Teams are essentially shutting down Micheal Thomas making Brees use other weapons. The only problem with that is the other weapons are mediocre. Ted Ginn has been a pleasant surprise, but the Saints aren’t really using him on a lot of “Go Routes.” He’s doing his damage on short passes and using his speed to out run everybody. Brandon Coleman has yet to be a liability. Honestly, if he could just put it all together he has the attributes to be a hell of a wide receiver. And after that its a bunch of players you don’t really want to see taking meaningful snaps. Once Snead is back healthy this positional group will have a little life put back in it. As of now, it’s Micheal Thomas and the three stooges.

Honestly the tight ends haven’t done much for me this year. Josh Hill and Hooman have done a great job of blocking, and with the line injuries they’ve been needed. But Fleener has all but disappeared. His name was called on the broadcast this past week and honestly for a second I forgot he was on the team. As long as this group isn’t hurting the team I can live with it. They are doing what they need to do in the blocking department and not being a liability.

If there is one group on the team I look forward to more than ever it is the running backs. Now that the Adrian Peterson experiment is finally over, Mark Ingram is running like a man in a contract year. After a slow start, Ingram has now rushed for over 100 yards in two consecutive games and has 3 touchdowns. Can anyone explain why we ever signed Peterson? Ingram is averaging 4.4 yards per carry and is just shy of 400 yards on the season. I fully expect Ingram to pass 1000 yards rushing again this year, showing that there was no need to ever bring Peterson in. Then there is Kamara. The rookie running back is averaging 6.3 yards per carry and 7.5 yards per reception and has a touchdown to top it off. He is everything that was advertised coming out of the draft plus some. He’s not just the “satellite back” that Sean Payton loves (i.e. Darren Sproles/Reggie Bush) he’s also a pure between the tackles running back. Him with Mark Ingram is the perfect 1-2 punch. There are several good running back tandems in the NFL but these two have to be close to the top of the list.

Drew Brees is going to decline at some point but that isn’t going to be this year. Sure the offense hasn’t been as “explosive” as we are accustomed too but Brees is still having a solid year. He is at 1,652 yards already this season for an average of 275.3 yards. Low by his lofty standards (see the wide receiver and tight end sections) for sure but his still on pace for 4,404.8. And one or two good games and Brees could be above 5,000 yards yet again. Granted he has thrown 4 interceptions the last two weeks but he is on pace for one of his lower interception numbers of his career. Thats assuming that he doesn’t binge on interceptions like he did the last two weeks. As long as the offensive line can keep Brees up right and healthy there’s no reason Brees can’t continue to be one of the best quarterbacks in the league.

The offense hasn’t really hit its stride yet and it should only get better from here. With a stretch of some good defenses coming up the offense is going to need to gel and get its rhythm. If they can, this team will be hard to reckon with.

Come back later this week for the Defensive breakdown.