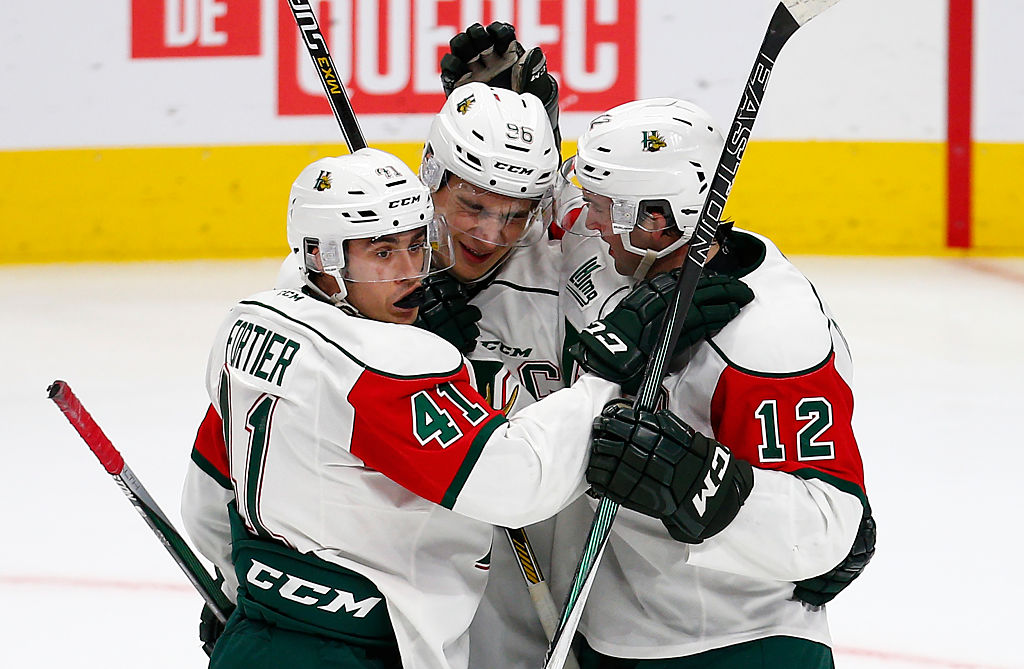 I came home from the OSU game last night and started catching up on Twitter only to see a tweet from Gatineau source JF Plante stating something about Vitaly Abramov and a quote tweet about that night’s opponent the Halifax Mooseheads. Lo and behold, the Blue Jackets have a new QMJHL prospect.

Just before the team’s game in Gatineau, the Jackets signed Halifax Mooseheads forward and team captain Maxime Fortier. You can read the team’s release and watch Fortier sign his contract here.

Maxime is a 5’10” 184-pound right wing who is currently 3rd in both QMJHL scoring (18GP 13-14-27) and goals. Maxime is a two-time 30 goal scorer and is currently fourth all time in scoring for the Mooseheads. He only needs 20 more points to catch Jonathan Drouin for third overall and 30 to take over the second place spot.

Maxime, who made his QMJHL debut all the way back in December of 2013 just days after his 16th birthday, has never been drafted but twice was invited to the Canadiens’ prospect camp. Maxime appears to be more of a setup man than a goal scorer. His 55 assists last season were only three less than League leader Vitaly Abramov (hey, we know him).

Overall, the newest Jacket seems pretty excited for his opportunity.

Let’s hear from Captain Fortier about that contract with Columbus. ❤️ pic.twitter.com/ozcuVRRyiB

There it is folks, a quick bit on the newest Jacket.Who knows? Maybe we can make it back-to-back QMJHL scoring titles for a Jackets prospect.