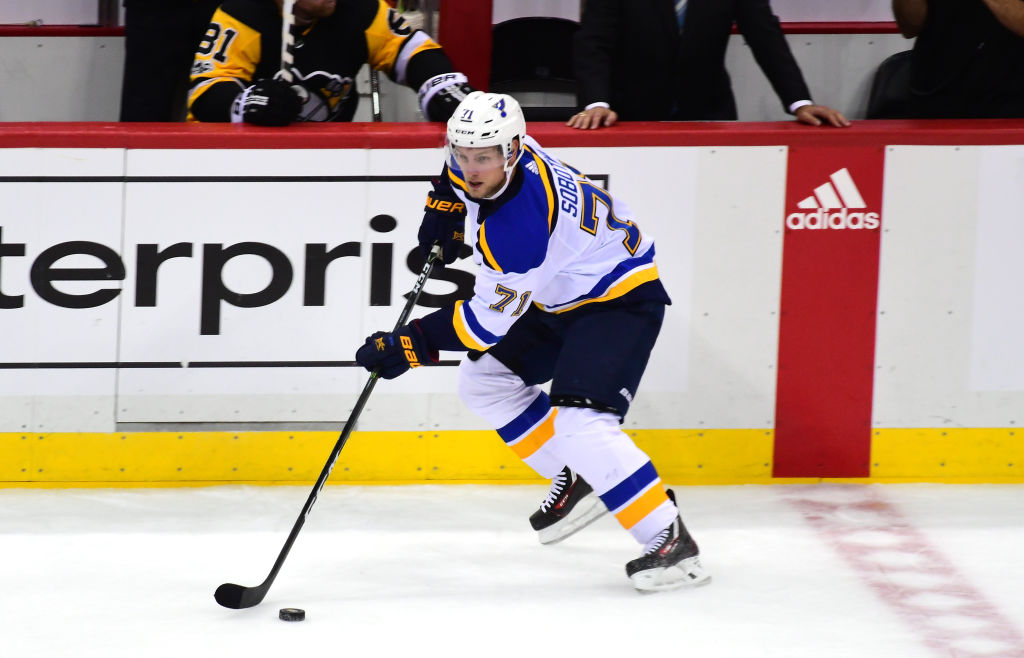 When Vladimir Sobotka returned to the St. Louis Blues at the end of the 2016-17 season, it was easy to be pretty critical of the 30-year-old forward. The whole “will he / won’t he” story fans were forced to follow was exhausting. It felt kind of silly getting all wrapped up in a player possibly returning considering said player wasn’t a top offensive weapon or much more beyond a grinder with a solid faceoff reputation.

As we all predicted, Sobotka is currently one of the Blues’ top offensive contributors.

Sobotka is currently sixth on the Blues in total offense with three goals and seven assists for 10 total points. To put that in perspective, Sobotka’s career-high in points was 33 in 61 games back in 2013-14. Beyond that, Sobotka has been a 20ish-point player. In other words, he’s not known for his offense.

In 2017-18, Sobotka has been heavily (and unexpectedly) involved in the Blues’ offense, but he has been shying away from the gritty side of the game. That’s a trade many fans would be more than happy to accept.

The media thinks Sobotka needs to recover his “nasty” side despite his offensive success. Though that’s not a bad opinion to have (that side of Sobotka’s game was always a strong area of his presence on the ice), it feels silly to scrutinize Sobotka’s game considering his offensive breakout. Who really wants grit over goals and assists?

Ideally, Sobotka will be a touch more feisty while maintaining his current offensive rush. He’s at his best when he’s skating on the edge, but he’s even better when he’s helping score goals.