Defense Is The Catalyst In Knicks' Win Over Hornets 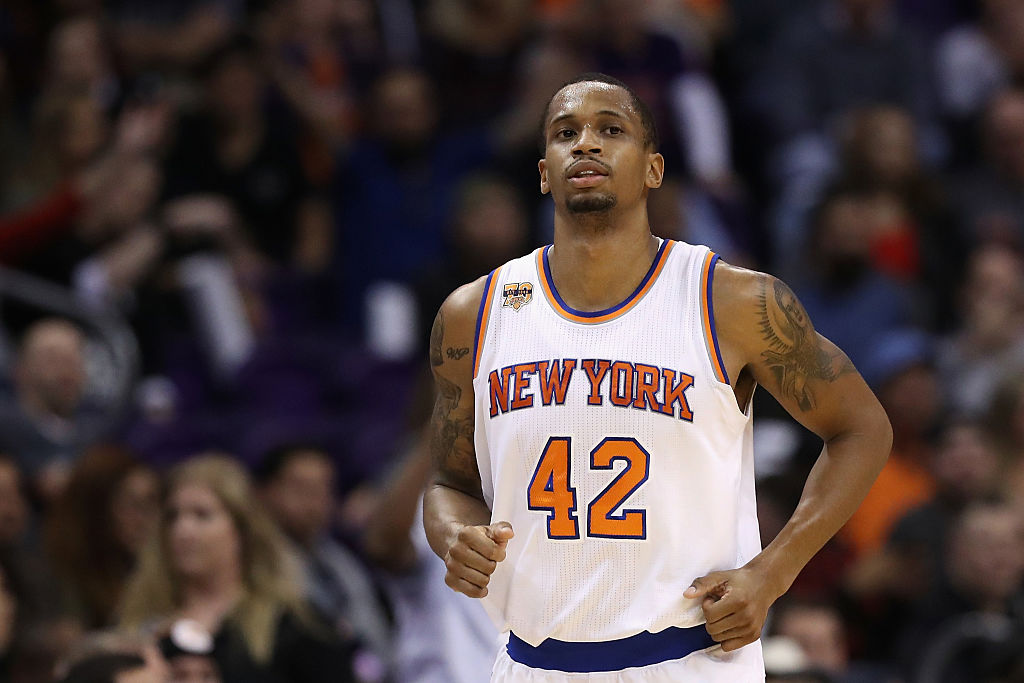 Defense Is The Catalyst In Knicks' Win Over Hornets

Continuing to surpass the Knicks’ scoring record — now tallying 300 points through ten games — proved to be no problem for Kristaps Porzingis in his team’s 118-113 win over the Hornets on Tuesday night. Scoring 28 points, the 22 year old continued to soar and astound, this time surprising the crowd with a soft finger-roll layup with the shot-clock expiring in the game’s final minute to give New York the lead for good.

Sure, it’s safe to say Porzingis is still the star. But while he’s had to carry the Knicks on his back as they’ve won six of their last seven, he wasn’t the sole reason they defeated Charlotte.

Instead, it was an array of clutch defensive stops that provided this team with the momentum they needed to start pouring in the points on the other end and mount a meaningful comeback attempt. Once down as many as 13 points, the Knicks entered the fourth quarter trailing by double-digits (11 points) for the second straight game. Yet again, head coach Jeff Hornacek was a mastermind at the controls, pressing the right buttons and making the important changes to center the ship.

This was all about the defense. Though the Knicks had been shooting well the entire game, it was the Hornets who were making it rain on the home team’s parade much through three quarters. Malik Monk and Kemba Walker each scored 21 points, knocking down five and four daggers from long range, respectively. Jeremy Lamb added 15 after converting on three shots beyond the arc. The visiting opponent was pushing the pace and getting shots up at a rate too quick for New York to even consider contesting and begin closing out. They really spaced the floor, which made it easy to secure an early lead.

But whereas Jarrett Jack got the Knicks off to a good start offensively, Frank Ntilikina once again received the opportunity to play in crunch time because of his defensive prowess. The rookie applied intense pressure on the ball when covering Charlotte’s backcourt. He was a pestering presence, forcing turnovers and really helping New York change the momentum of this game. The 19 year old simply brings a newfound energy to this team on that side of the floor. He boasted a plus/minus of +10, and when the Knicks needed key baskets on offense, he proved to have strong chemistry with his teammates. Ntilikina dished out a season-high 8 assists in 26 minutes.

Much like his young teammate, Lance Thomas also played a season-high in minutes at 25. He took charge of the defense, coming up with stops and fighting for loose balls. A key turnover by Charlotte with under a minute left essentially sealed the deal for New York, and it was all due to Thomas’ flustering defense. As a steadying veteran presence, Thomas is quickly becoming Coach Hornacek’s trusty veteran stopper in the Knicks’ swiss-army knife of tricks. Owning a game high plus/minus of +18, the proof was in the pudding: Thomas really changed the game. He played the entire fourth quarter yet again and also added 10 points and 5 boards.

The defense was the X-Factor in the victory, but there’s no doubt the Knicks’ offense was flowing and glowing. Porzingis got the help he needed, most importantly from Doug McDermott. Well known for his sharpshooting, the 25 year old exploded for a season-high 20 points and was especially aggressive in driving to the basket as well.

Porzingis was once again the headlining attraction, but this was undoubtedly a collective effort. The fact that there are so many season “firsts” with each passing game is proof Coach Hornacek understands what it means to find the formula for success on a nightly basis.