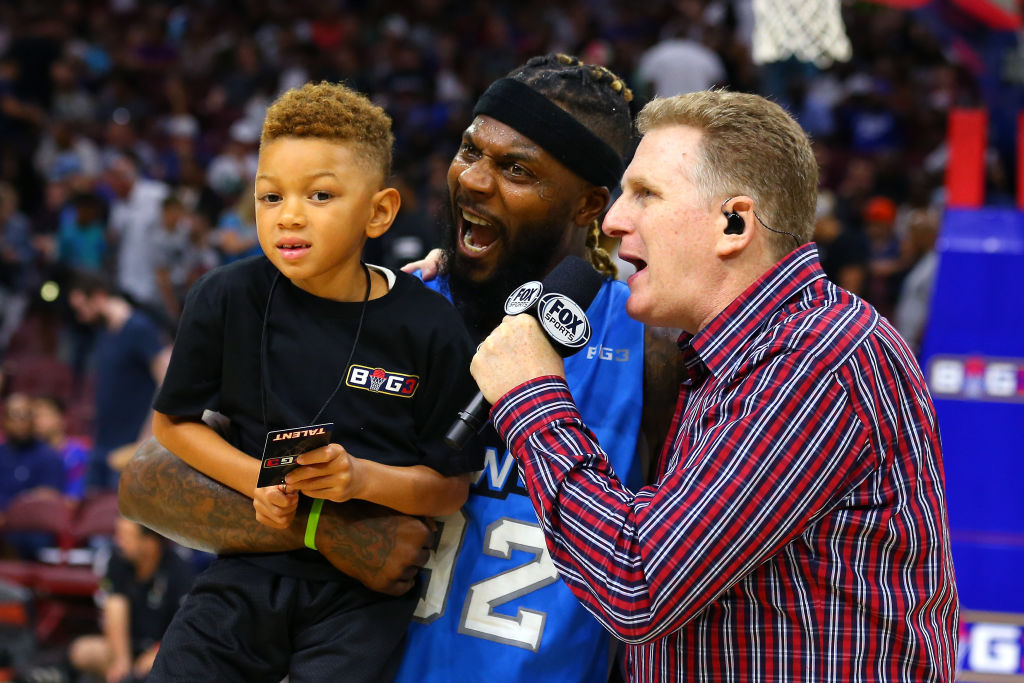 Kristaps Porzingis has taken the NBA and the Knicks have begun to reap the benefits. Initially expected to compete only for lottery position in this coming summer’s rookie draft, the team instead looks as though it could make a push towards the playoffs. Time will tell if this early success is nothing more than a tease. After all, Knicks fans have come to know the feeling of disappointment quite well over the years. With Phil Jackson and Carmelo Anthony both out of town, New York is starting fresh. Many fans believe, however, that such failure stems from the head with owner James Dolan.

Actor/director Michael Rapaport, who was brought in by Jackson shortly after his tenure began to screen the Knicks documentary When The Garden Was Eden, agrees. The hope was that the team would be inspired by the film and it would be evident in the way they played. Jackson didn’t accomplish his goal of motivating the players beyond that, instead going out of his way to isolate Anthony and make others uncomfortable.

“Phil was hired right around the time we finished When the Garden Was Eden. We touched on that briefly. I thought it was going to be a good thing. I never imagined it would be so frustrating. There was no reason to think it wouldn’t be successful. The dysfunction wasn’t something anyone could predict,” Rapaport told KnicksJournal.com “I took the dysfunction personally as a Knicks fan. Between Phil and James Dolan, it was just kind of like, ‘what the fuck?’ At least the ’90’s Knicks lost like New Yorkers. The dysfunction of Patrick Ewing and John Starks, that was different. They went down on their sword. Now, there’s no pride. The dysfunction offends me as a fan.”

Never one to hold back, Rapaport says Dolan’s disregard for the passion of true Knicks fans goes back a long way.

“I’m willing to give up my tickets. The Knicks have always been good to me. They treat celebrities well. But I’m like, ‘fuck this,’ man. Something people don’t talk about is the fact that James Dolan fired Marv Albert because he was constructively criticizing the team,” he recalled. “Marv didn’t make a big thing about it because he’s classy and he’s got his own stuff going on. It’s not about Mike Breen. I love Mike. He’s a class act. I love his broadcasting. But to fire Marv, who has been more of a Knick, longer than Willis Reed, Walt Frazier, and Phil. He was a ball boy. If there’s anyone who bleeds orange and blue, it’s him. He’s our guy.”

Much of Rapaport’s own passion is evident in his new book. In This Book Has Balls: Sports Rants From The MVP Of Talking Trash, Rapaport talks about growing up as a basketball fan in the heart of New York City. His fond NBA memories as a young kid are a far contrast from what has become of the Knicks these days. There’s also a chapter dedicated to the sports fandom of the late and great (Former Knicks Journal podcaster) Phife Dawg. Rapaport debates the hierarchy of LeBron James and Michael Jordan, ranks the best celebrity ball players, mocks Phil Jackson, and dives head first into last season’s altercation between Dolan and Charles Oakley.

“I’m a fan of Oakley and I got to spend time with him at the BIG3,” the BIG3 sideline reporter explained. “I call the chapter in the book, ‘The Irony of Charles Oakley.’ Charles knows his part in it. He’s not a saint. It’s not like he’s a wilted flower. There was an irony that it was Oakley that went at Dolan after so many years. He represents that New York quality, much like Harry Carson, Don Mattingly, John Starks have — that workman like mentality that we’ll always love. We love our stars, the Derek Jeter’s and Aaron Judge’s. But Oakley represented New York: all heart, similar to guys like Willis Reed and Bernard King. There’s nothing flashy about Oakley’s game and his intangibles made it easier for Ewing and the other big guys to function. He was the ultimate goon. I couldn’t believe it was happening. The fact that it was Oakley, it was almost Shakespearian.”

Just like the everyday sports follower, Rapaport is along for the ride and experiences the same highs and lows. The book speaks to his passion and identity as a fan.

“The book is from a fan’s point of view. It’s about the thrill of victory and the agony of defeat. Being a sports fan brings out a child-like quality in all of us. Even as we get older, enjoying sports is a safe haven for love, hate, and heartbreak. It’s sports rants: things I love, things I hate, things that drive me crazy. I shoot from the gut. The one thing I hate about sports and broadcasting these days is it’s too much about stats,” he added. “We forget the gut instinct. I like this guy because I like him. I hate this one because he’s not on my team. That’s what it is. Justifying talent strictly by the numbers, that’s like nerd shit to me. It’s fun and it’s part of it, but the essence of falling in love with sports is all about guts.”

Another chapter Knicks fans may enjoy and find humorous is entitled, ‘The Eviction Of Phil Jackson: An Absurd One Act Play.’ In it, with Knicks assistant coach Kurt Rambis acting as his lawyer, Jackson is required to answer for his transgressions as Knicks President. That includes hiring Derek Fisher. ‘I can’t figure out why the hell he hired Derek Fisher to coach the Knicks. Someone with absolutely no experience,’ says Rapaport’s character, acting as the prosecution.

Such a scene could have created some tension, but Rapaport says everything went well when Fisher appeared on his Fantasy Football show on the NFL Network recently.

“We talked about football and the Knicks. I don’t think there’s anything that needs to be said,” the actor/director lamented. “If I were him, I wouldn’t have taken the job and I don’t think he was ready to give up playing. He had a great career. It was too fast. It was a mistake across the board.”

That was then. The past is in the rearview mirror and Rapaport is excited about the team’s future.

“I think Porzingis gets what it means to play in New York. I was happy Carmelo Anthony got traded. No one deserves to be treated the way the way he was. It had to happen. I don’t think he’ll stay in Oklahoma City, but he didn’t deserve all that. We have a good group. Porzingis is the lynchpin, Frank Ntilikina is a good point guard. This is a good start,” the author concluded.