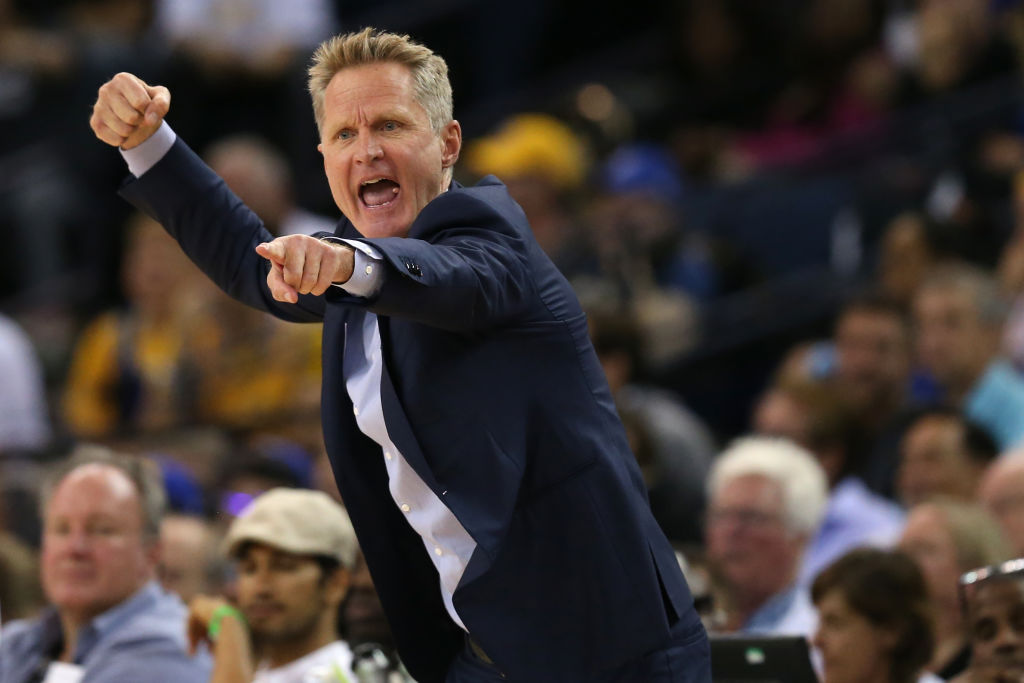 The two hottest (and best) teams in the league collide in the Garden on Thursday night. The game probably matters a bit more to the up-and-coming Celtics, but that’s not stopping Warriors coach Steve Kerr from playing head games:

“It sure looks like Boston is the team of the future in the East, with the assets that they still have and their young talent and their coaching, and Kyrie [Irving] is amazing,” Kerr said after practice Tuesday. “That looks like a team that is going to be at the top of the East for a long time to come. Whether their time is now or the future, that’s to be determined, but they sure look like they want it to be right now.”

Kerr raved about how well the Celtics have incorporated new players and young players while not missing a beat on their development curve.

“They’re really sound, and they’re motivated,” he said. “It’s a team that’s been on the rise the last couple of years. They lost in the conference finals. They want to win a championship, and it looks like it. Even without Gordon Hayward and that awful injury, Boston is just crushing people. So, it’s going to be really fun to go against them on Thursday. We know how tough it’s going to be.”

Nice try, Kerr. I see right through your modesty. You’re trying to a) inflate the Celtics collective ego and 2) make your team feel slighted.

In all seriousness, I’m not sure what to expect Thursday (BOS +4, o/u 217). Despite the Warriors regular season dominance, the Celtics have split the season series the last two years. What’s odd is all wins have come on the road.

I’m not sure if Celtics fans can handle a win. We might be even more insufferable than we are now.