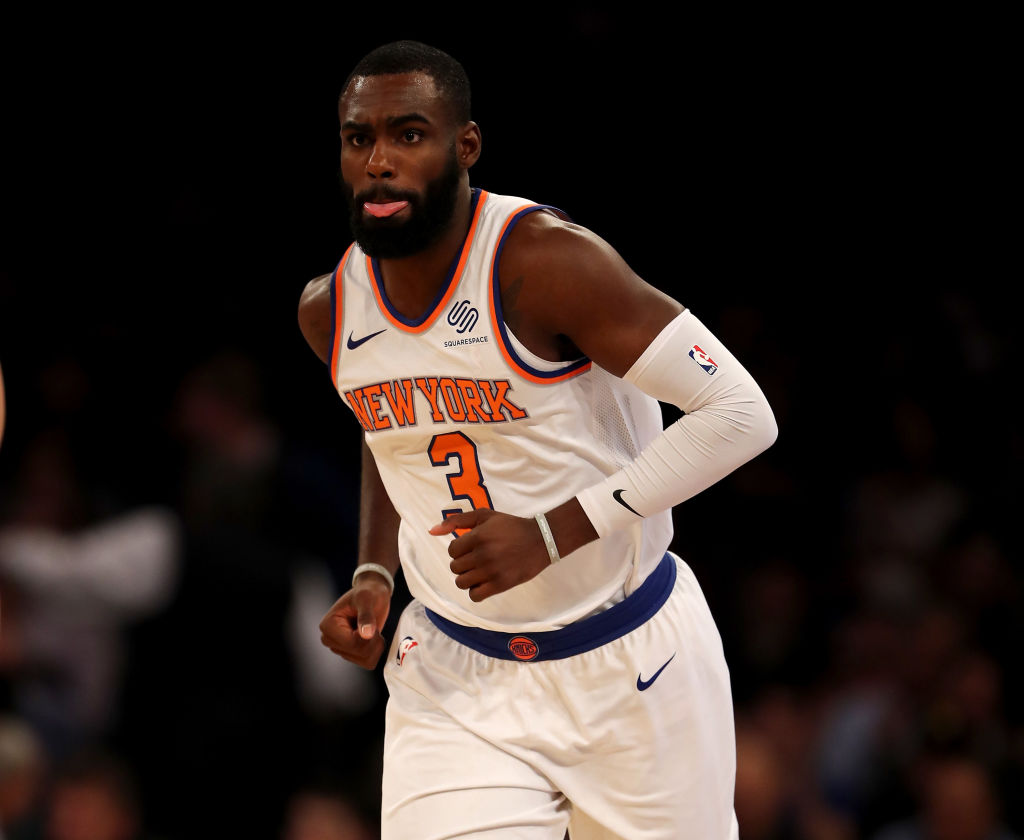 Following eight straight losses to the Raptors (including a rather demoralizing one just a week ago), it’d be difficult to expect the Knicks to come out with any meaningful confidence upon matching up again, like they did on Thanksgiving Eve.

Of course, the game expectedly started out much like the more recent ones against Toronto: low energy and a weak zone defense resulted in a double-digit deficit heading into halftime.

But alas, the Knicks’ coaching staff lit the fire under their players at halftime and whatever messaged they conveyed clearly resonated with Tim Hardaway Jr. It subsequently took a career-night from the sharpshooter and a historic third quarter to do it, but New York toppled over their opponent to come away with a 108-100 victory.

The biggest key: the Knicks were moving the ball and actively looking for one another in transition as soon as the second half began. Courtney Lee hit a couple of solid fluidity shots, and from there, his teammates began to play off his energy. The Raptors proved last week that they can defend Kristaps Porzingis rather well. What they couldn’t account for, however, was that Hardaway Jr. was going to be absolutely unconscious in his teammate’s steed. The 25 year old exploded, firing from all cylinders and shooting from downtown without any hesitation at all. It felt as though that wherever Hardaway Jr. let it fly from, he and his teammates were more than confident that the ball was going in. His undaunted confidence allowed him to back up some bolder shooting decisions with a high level of conversion. Even following an air ball from deep, the swingman’s teammates proved able to back him up. Enes Kanter grabbed a board and gave the ball right back to Hardaway Jr. who drove in for yet another bucket.

Hardaway Jr. simply couldn’t be stopped: making it rain from beyond the arc and driving to the hole to pour in the points, his versatility made it virtually impossible for the defense to knock him off his game His respective prowess wasn’t only evident in his scoring ability, however. Hardaway Jr. was aggressive inside as he grabbed rebounds and fought for his team’s next scoring opportunities. What’s more, his vision continues to be an underrated element of his game. With the defense forced to play up and pressure Hardaway Jr. along the perimeter, he pushes the tempo and looks for guys inside. After a 41-10 third quarter run and a 28-0 spurt, the Knicks took command and never looked back against the otherwise deflated Raptors.

Hardaway Jr. became only the fourth Knick (joining Walt Frazier, Bernard King, and most recently, Patrick Ewing back in 1991) in 50 years to tally 38 points, 7 rebounds, and 7 assists. It was a career night that suggested he can play through the pain. To employ someone that can just take over a game like this is incredibly valuable.

This night was all about Hardaway Jr (especially as Porzingis shot an underwhelming 8 of 21) and rightfully so. It’s worth mentioning that the young gun seems to find added motivation in achieving redemption in New York. He’s a much more mature and polished player than he was, when in the Big Apple the first time around. Hardaway Jr. feeds off the home crowd and enjoys being the reason why they begin to roar on a nightly basis. He bleeds orange and blue, and it’s refreshing to see someone play with that level of pride.