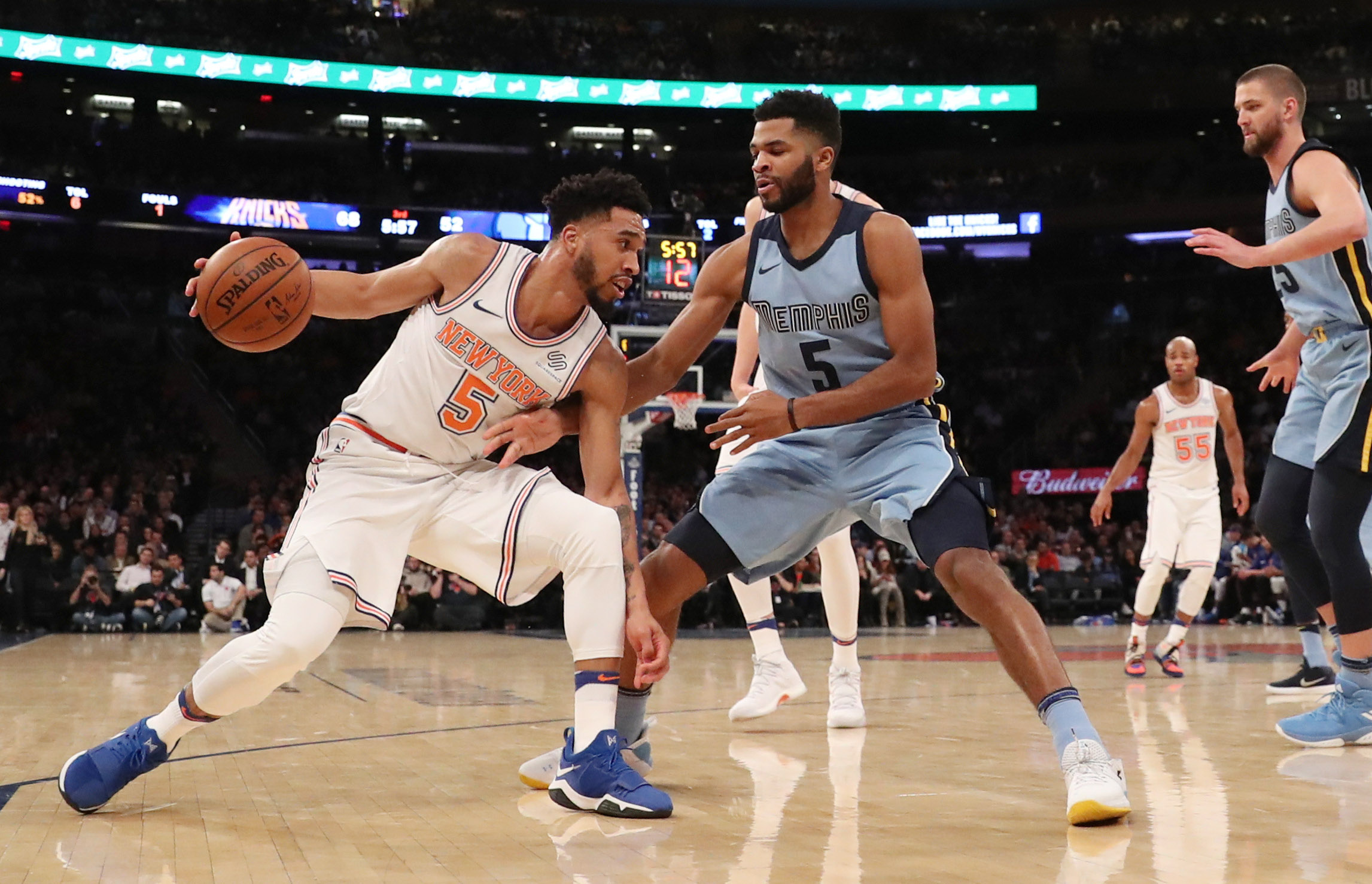 No Tim Hardaway Jr. proved to be no problem for the Knicks on Wednesday night. The return of Kristaps Porzingis was enough to spark a 99-88 victory against the Grizzlies. And while the rising star wasn’t exactly at his best following an injury and illness, his presence alone proved to be quite the motivator for those around him to set a winning tone.

In the early goings of the contest, New York struggled to fill the hole usually plugged by Hardaway Jr. Though he finished with 18 points, such a total was clearly an underwhelming one when compared to the MVP-like numbers Porzingis was logging earlier in the year. After their opponent slowly but surely built up a nine point by the end of the first quarter, New York was beating themselves. The game would become more about the Knicks finding their rhythm and shooting out of a slump, and much less about aiming to slow the Grizzlies down. After all, as recent losers of eleven straight, Memphis didn’t have much momentum in their favor to speak of heading in.

Though it took a while to get things goings, the Knicks managed to take control of the game and never looked back. This group is becoming known for its youthful promise, but on Wednesday, it was the team’s select few veterans who helped lead the way.

Courtney Lee came alive in the second quarter, tallying 12 points in that period alone, en route to his game-high 24 points. With the Knicks looking to push the pace and score points in transition, the three-ball became the team’s weapon of choice as Lee played well off catch and shoot opportunities to knock down a few. Of course, getting set up for such situations is equally as important as actually making the shots. It was in this regard that Jarrett Jack’s efforts were key. The veteran floor general played his orchestrating role to perfection, choreographing New York’s offense to a tee throughout the game. Falling just short of truly scratching the surface on a triple-double, the 34 year old added 10 points, 10 assists, and 6 rebounds. Controlling the tempo and taking care of the ball, Jack only committed 2 turnovers.

With Jack stepping up as conductor of the offense and his teammates playing along, there’s no denying that Lance Thomas served as the defensive anchor. Getting the start in place of Hardaway Jr. as the Knicks embraced a slightly bigger lineup, Thomas boasted a game-high plus/minus of +26. His positive play and respective impact on the contest was infectious, as he continued to make smart and savvy plays and his hustle motivated those around him.

In climbing back to the .500 mark, the Knicks continue to prove that they can never truly be counted out, even if they appear down early on. It was refreshing to see New York’s notable trio of veterans have such an impact on a successful game and lead the way. The likes of Porzingis and Frank Ntilikina may represent the future, but journeymen like Lee, Jack, and Thomas are proving to be key cogs in the success the team has now.