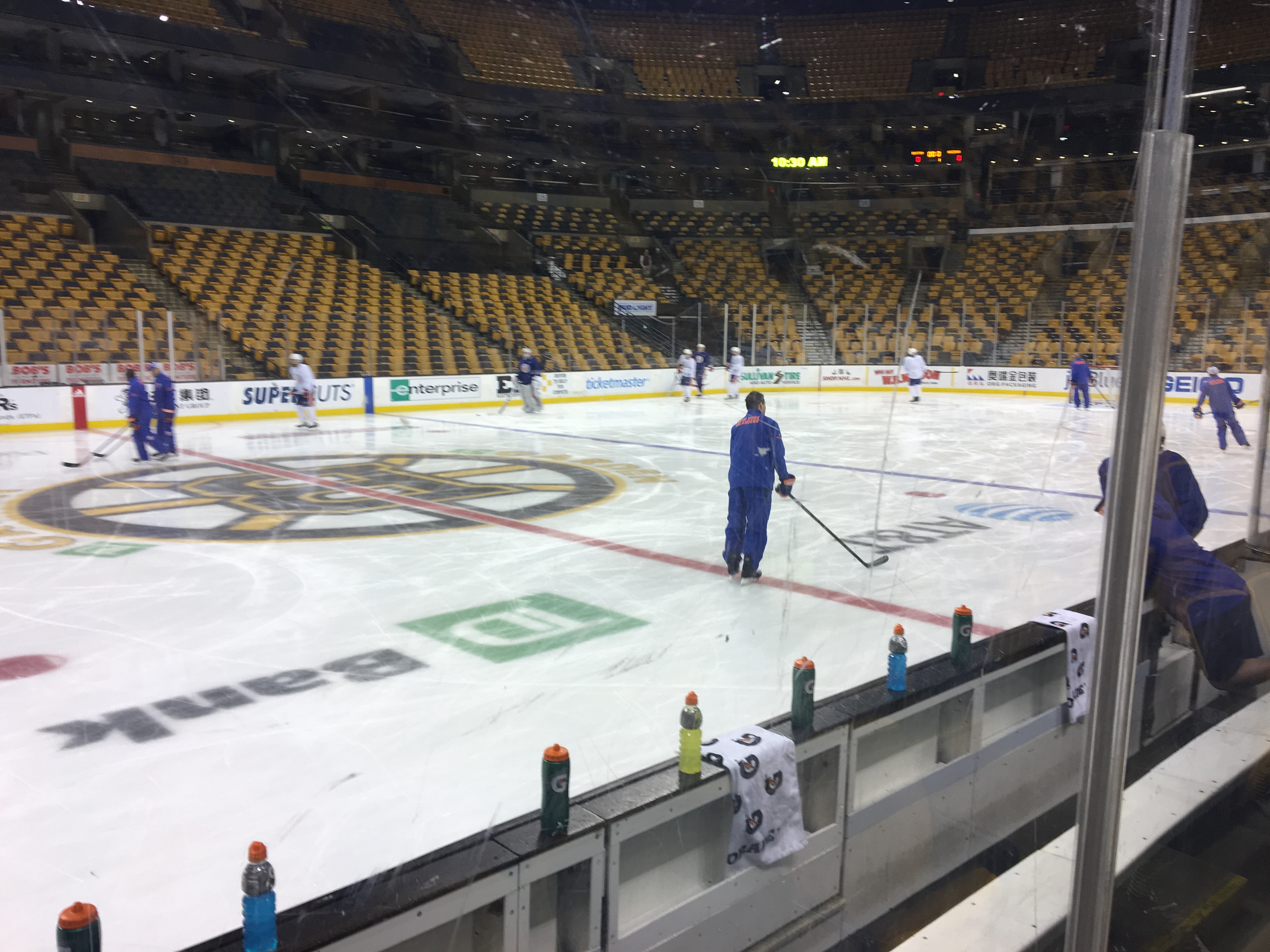 BOSTON — The Islanders will wrap up a four-game road trip against the Bruins. This will be the Islanders are away from home ice for the remainder of the 2017-18 season, and they’ll be looking to head home with a win over a tough Bruins team.

The Islanders are 1-1-1 through their first three games of the trip, while the Bruins are 2-1 in their last three games and winners of six of their last eight games coming into tonight. However, the Islanders have a little bit of history on their side, having won both games at TD Garden last season and owning a 7-0-0 record when playing on Saturday night’s this season.

So the Islanders are hoping they can continue their success against the Bruins in Boston.

“I think that puts us at right around .500 for the road trip,” Cal Clutterbuck said about a potential win. “If you look at the trip it’s kind of a tough trip. Playing some great teams and we have a chance to have a good trip here tonight. It’s a big game for us, but a point is a point at the end of the night.”

If the Islanders are hoping to pick up any points tonight they will need some improved play by their special teams. The Islanders were able to get in a practice at TD Garden on Friday and the Islanders coaching staff utilized the time to go over the power play and penalty kill.

The Islanders special teams units have struggled recently, with the penalty kill giving up a pair of power-play goals in their last four consecutive games and their power play went 0-for-4 on Thursday against the Penguins.

“We got some good video, some good meetings with our players and we were able to get on the ice to work through some things,” Islanders head coach Doug Weight said. “There are a lot more routes and things that slow down a bit on special teams, and I think those are things that you have to rep out on a consistent basis. It’s tough in this league when you have 82 games and there’s not a lot of practice time.”

Weight added: “videos great, but you can’t overdo it and there’s nothing like walking through (special teams) on the ice.”

The Islanders will be without Johnny Boychuk for another game so the former Bruin will not get to suit up against his former club. Boychuk did skate at TD Garden during the morning skate.

But another former Bruin will get to play tonight as Dennis Seidenberg will take the place of Scott Mayfield. Jaroslav Halak will return to the net and there remains a possible change among the forwards.

“It’s definitely special coming back after being here for so many years,” said Seidenberg, who spent seven seasons in Boston before joining the Islanders prior to last year. “It’s something I look forward to and it will be a good challenge. They’re going to be healthy today…so it should be fun.”

The Bruins will start Tuukka Rask in goal against the Islanders.