Knicks Have a Ball, Defeat Lakers 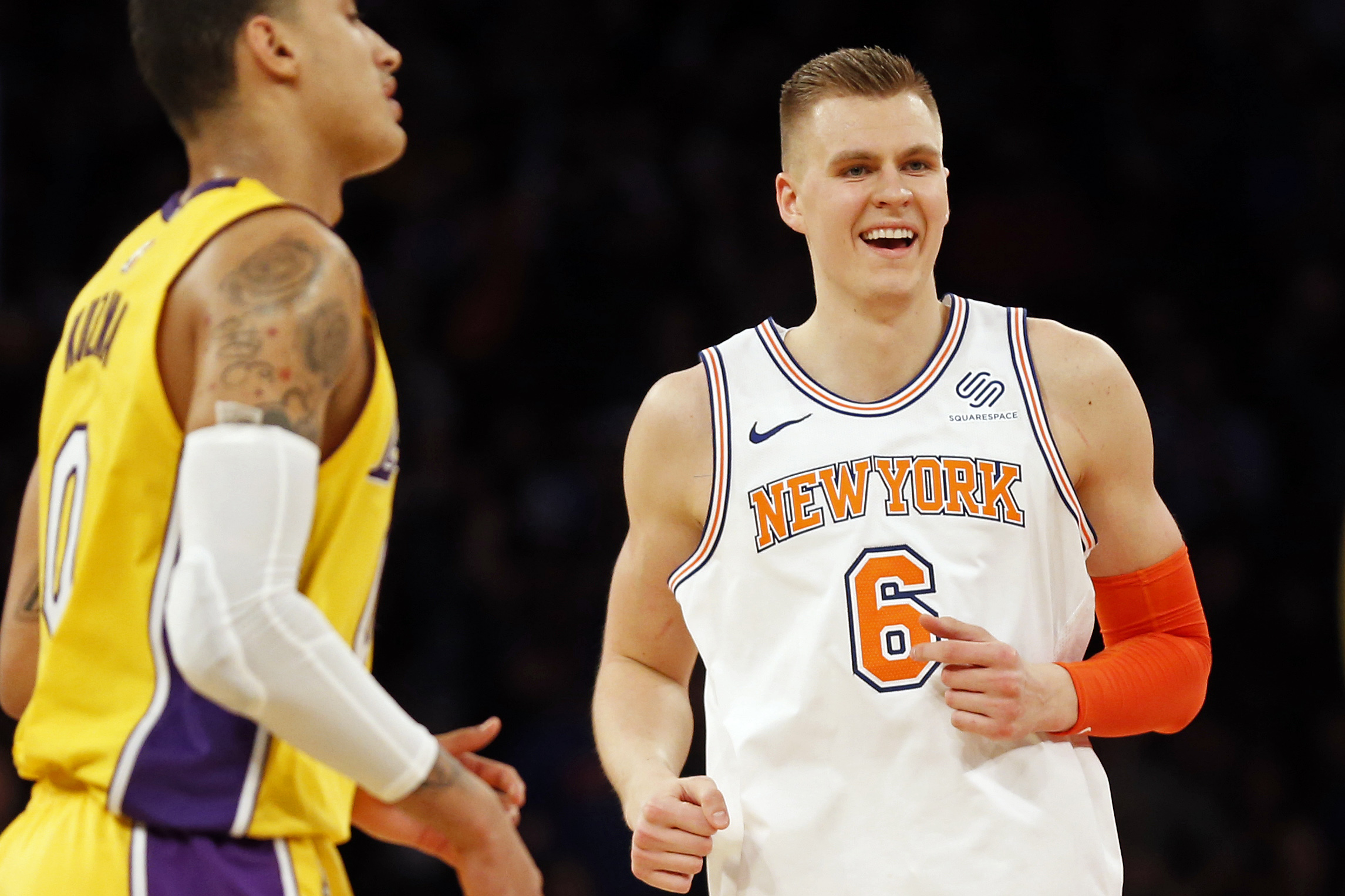 Knicks Have a Ball, Defeat Lakers

Lonzo, Lavar, and the rest of the Ball’s took New York City by storm on Tuesday night, but the Knicks made sure the family (and the Lakers) left town without a victory.

The rookie phenomenon certainly didn’t disappoint, strutting his stuff in the Big Apple in front of a star-studded crowd and doing so on national television, to boot. Logging a 17 point, 8 rebound, 6 assist, and 2 steal stat-line, Ball saw the floor quite well and converted on some very key three-point field goals.

The Lakers’ young gun stole the show. There’s no doubt about that. Ball kept his team afloat and it took New York an overtime period to secure a victory, but they had all of their essential nuances to winning a game going for them. Kristaps Porzingis looked flustered by Los Angeles’ double-teams early on, but he broke free and went on a scoring rampage down the stretch. The big man became the first player in NBA history to tally at least 35 points, 10 rebounds, 5 blocks, and 5 three-pointers.

Porzingis’ teammates followed suit with solid performances. Enes Kanter racked up another double-double with 14 points and 11 rebounds. Jarrett Jack dished out 10 assists, and the bench combined for 44 points.

As previously mentioned, the excitement of Ball and Co.’s arrival overtook The Garden and the visiting Lakers had some surprising momentum in their favor. The third quarter featured a barrage of impressive shots from all over the perimeter. With both teams heating up, it became a game of,  ‘anything you can do, I can do better.’

Alas, it wasn’t until late that the Knicks propelled forward for the win. They received a key boost from a surprising source.

Michael Beasley added 13 points off the pine. Everyone knows he can score the basketball. But interestingly enough, his role has became that of a pestering goon off the bench. Beasley is quite the character and clearly has no problem using his physicality and respective on-the-court bark to throw off his opponents. Playing through the fourth and all of overtime, the forward was a thorn in the Lakers’ side and Jeff Hornacek’s choices paid off.

Regardless of what it says in the standings, Knicks/Lakers matchups always seem to deliver quite the experience for fans. This 113-109 win by New York was no different.