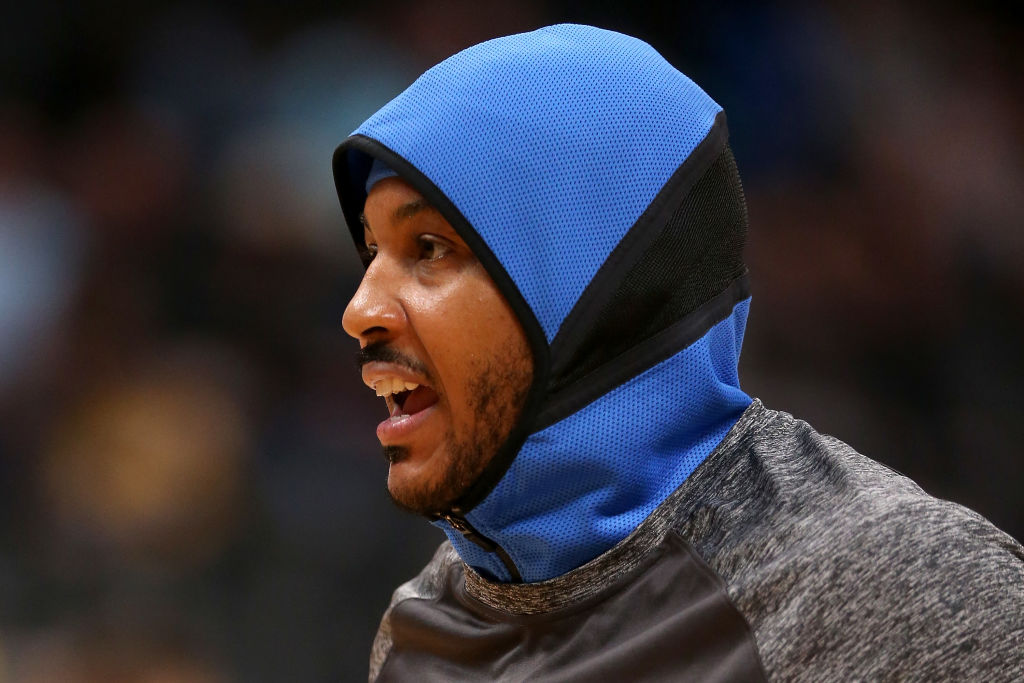 Saturday night’s game between the Thunder and Knicks started off exactly the way it should have and finished in the exact fashion New York could have hoped for.

Upon returning to his former stomping grounds of nearly seven years for the first time as a visitor, Carmelo Anthony was initially welcomed by applause and roaring cheers from the MSG crowd. He was honored with a video that recognized his on-the-court accomplishments and off-the-court contributions, and then his name was belted out across the arena, much like it sounded when was he known as a hometown favorite.

The Knicks organization did right by their former star, but then it was on to business.

Anthony was cheered one more time upon hitting the game’s first three-pointer and went on to knock down three of his first four shots. Oklahoma City came out firing in the first quarter with Anthony finding a good rhythm early on. That said, the Knicks were able to hang around just enough. Ron Baker converted on a long ball to cut the team’s deficit to three heading into the second quarter. From there on out, it proved to be the Knicks’ show as the home team stole momentum, taking advantage of a rather tired Thunder squad.

OKC was playing its third game in four nights, punctuated by a triple-overtime victory over the 76ers the night before coming to the Big Apple. Luckily for the Knicks, such exhaustion was on full display as the game progressed. Anthony went scoreless in the second half. Paul George wasn’t moving around much, nor was he looking for his own offense. Russell Westbrook appeared to lack a bit of his usual explosiveness, despite tallying a 25 point, 7 rebound, 7 assist night. For what it’s worth, the latter two numbers were well below his season averages. Perhaps New York contained him better than most opponents.

Veteran Jarrett Jack continues to defy the laws of age, injury, and fatigue. Jack did a solid job chasing Westbrook around the court and had no problem pulling extra duty with Frank Ntilikina confined to the bench with early foul-trouble. The 33 year old played a season-high 35 minutes, and while his defense deserves notable praise, Jack orchestrated the Knicks’ offense rather perfectly as well. Logging 12 points, 8 rebounds, and 7 assists, there’s no doubt he helped set the tone for what was to come.

Micheal Beasley exploded for a season-high 30 points, proving to be incredibly active offensively. He knew when to hoist up jumpers, attack the rim, or use his pump-fake to evade defenders. Anthony had a difficult time containing him. Courtney Lee came up in the clutch with some key late buckets on his way to adding 20 points. Whereas Beasley has been known to benefit in the absence of Kristaps Porzingis, Ron Baker has flourished by taking on some of Tim Hardaway Jr.’s vacant minutes. The reserve played 18 minutes for the second straight night, issuing a boost on both ends of the floor. Baker is well known for his hustle, physicality, and gritty defensive effort. On this night, he also served as underrated offensive option, left uncovered en route to adding 11 points of his own. Baker was the true X-Factor in this one.

And just like that, the Knicks are winners of four straight and are currently in a crowded tie for the fourth overall seed in the East. This group continues to show promise and Jeff Hornacek is well aware of what buttons to press and who to call on, on a nightly basis. New York surely took some pride in securing a victory against Anthony, showing they’re headed in the right direction without him.