Could the Islanders Play at Nassau Coliseum on Interim Basis? 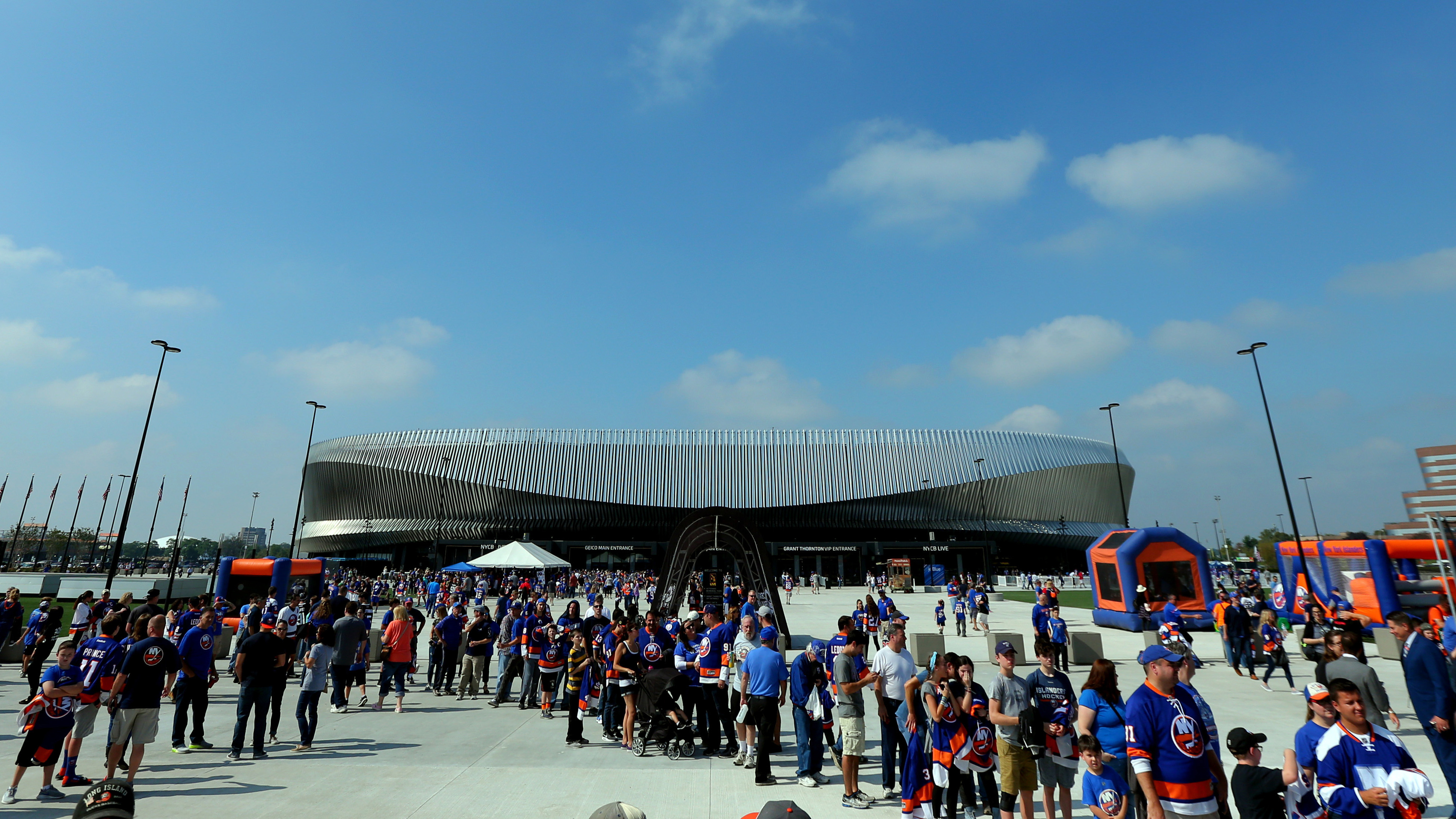 Could the Islanders Play at Nassau Coliseum on Interim Basis?

It started with New York Governor Andrew Cuomo instructing the crowd gathered for a press conference at Belmont Park to be nice when NHL Commissioner Gary Bettman stepped up to the dais.

The governor wanted the commissioner to receive a warm welcome because he is a nice man, and then he revealed that there was an ulterior motive to the request. Governor Cuomo was about to reveal that he hoped Commissioner Bettman would approve a request from his office.

Bettman did not outright decline the request and later joked “I think it’s only fitting if I’m thinking about that, then Billy Joel thinks about being the opening act for the new arena.”

The Governor’s request came during a press conference announcing that the Islanders had won the right to develop the state-owned land at Belmont Park. The Islanders plan was selected over a competing bid by New York City Football Club.

An official timeline for when the new arena would be completed was not available on Wednesday, but the Islanders will surely need a temporary home while it’s being built. The Islanders are in the middle of their third season at the Barclay Center, where the moved to following the 2014-15 season.

The Islanders and Barclays Center are in the middle of renegotiating the team’s 25-year lease with the negotiation window closing on January 1. Brooklyn Sports & Entertainment operates the Barclays Center as well as the renovated Nassau Coliseum and has also made a proposal to the Islanders to return to the Coliseum on an interim basis.

“We are currently awaiting a response from the Islanders to our proposal to bring NHL games back home to the Coliseum on an interim basis,” Brooklyn Sports & Entertainment said in a statement. “We understand the required approvals from all parties involved to make that happen, and are prepared to facilitate any necessary enhancements.”

Islanders co-owner Jon Ledecky did not address the governors comments after the press conference, but Cuomo continued the push during a briefing with reporters after the event.

“We’re fighting, advocating, pushing in our gentle, subtle way to see if we could get some games played at the Nassau Coliseum until the new arena is built,” Cuomo said. “Barclays Center is great. It is a heck of a long ride for Islander fans who have to get to the Barclays Center. We’re pushing very hard, but it’s entirely in the discretion of the NHL Commissioner.”