Christmas Came Early For Knicks In Form Of Enes Kanter and Co. 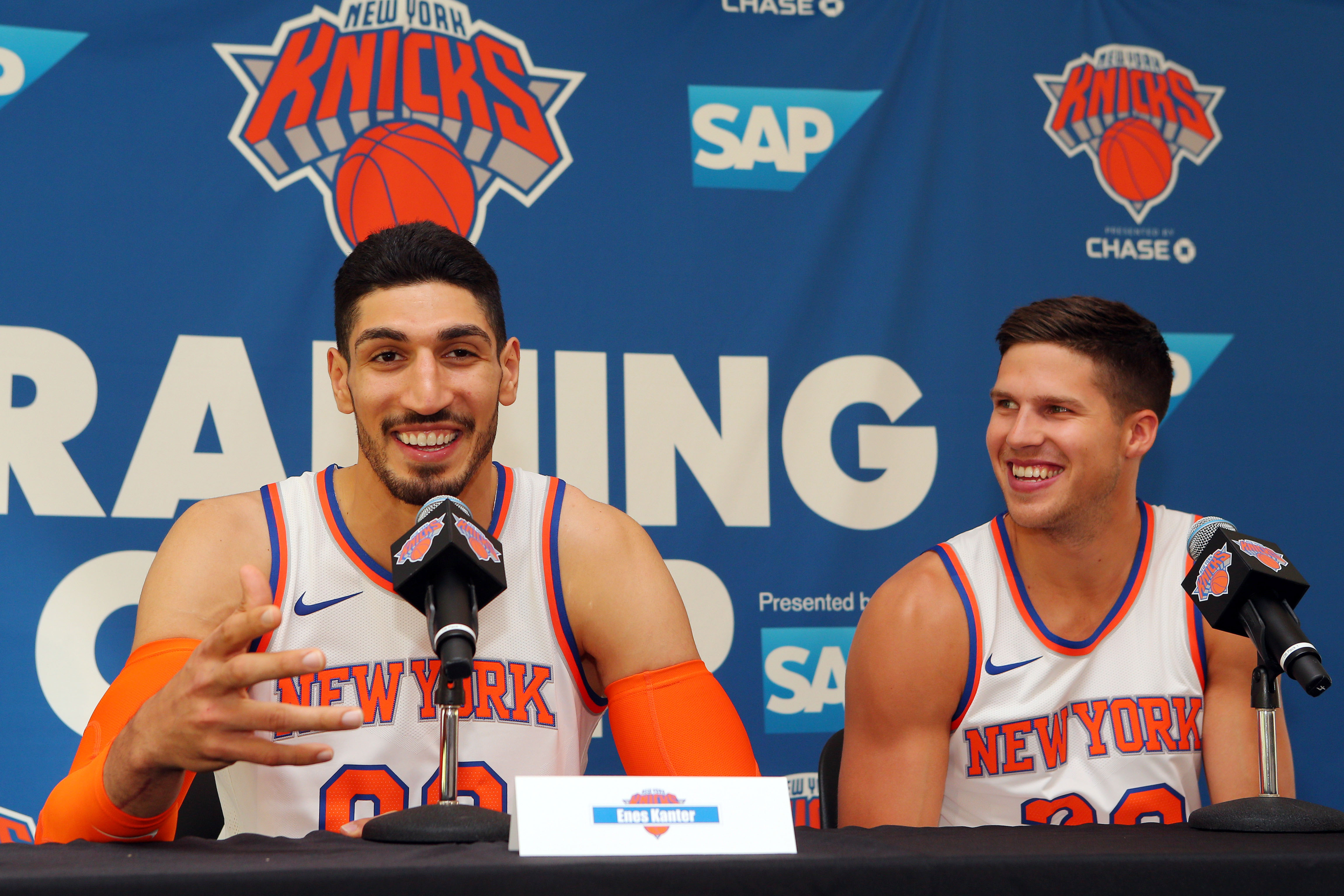 Christmas Came Early For Knicks In Form Of Enes Kanter and Co.

Following the trade of Carmelo Anthony, it was difficult to predict that the young, raw, and unexperienced Knicks would experience much success or rack up a plethora of victories. This season was expected to be about development. The focus was on Kristaps Porzingis, Frank Ntilikina, and Willy Hernangomez. Tim Hardaway Jr.’s re-acquisition was met with doubt and criticism as another overpaid investment. After depending on Carmelo Anthony so mightily over the past seven years, acquiring a talented sixth man, a former NCAA star turned common NBA role player, and a future second round draft choice was underwhelming return haul for the ten-time all-star.

Translation: the team was supposed to struggle, but Enes Kanter has had other plans.

Serving as the Thunder’s sixth man last season, Kanter provided a nice offensive spark but was surely underutilized in Oklahoma City. The team had plenty of scoring firepower already, and with Russell Westbrook taking centerstage and leading the way on a nightly basis, Kanter wasn’t given the platform to use his voice.

But after learning and growing under the tutelage of Westbrook and Kevin Durant over the years, Kanter was more than ready to assume an elevated role with the Knicks. From day one, the big man hasn’t allowed  low expectations to damper his desire — not only to compete — but to win big games and come out surprising people. Instead, he’s emerged to become the heart and soul of this team. Porzingis may still stand tall as the budding star and sensible cornerstone, but it’s Kanter whose loud and proud demeanor continues to pump up this Knicks squad. He helps them believe in their potential and subsequent ability to make things happen in the form of victories. If the season were to end right now, the team would be sitting pretty, assuming a playoff spot.

Many would consider that to be a Christmas miracle all in itself. Kids believe in Santa Claus and behold, there ends up being gifts under the tree on the celebratory morning. The Knicks have believed in themselves all season long, and as fate would have it, the team is two games above .500 heading into a Christmas matchup with the 76ers.

Such a spirit is largely in part thanks to Kanter, but his upbeat attitude isn’t the only thing that benefits this squad. Averaging 13.5 points and 10 rebounds thus far, the 25 year old is poised to become the first Knick to tally a double-double since 2012-13, and just the second player donning orange and blue to do so in seven years. The other was Tyson Chandler, who garnered all-star honors while accomplishing such a feat.

Kanter has been absolutely stellar this season. He’s currently twelfth overall in the NBA in rebounding, fourth in offensive rebounds, and fifth in field goal percentage at 61%. He keeps scoring opportunities alive and clearly has shown an uncanny ability to rally his troops and lead them to victory. His emergence on the Knicks squad has displaced Hernangomez. Still, there’s no denying Kanter’s place on this team has been well earned and New York should be committed to keeping him around for the long-term future.

While the newly acquired center has been a true focal point of this team’s success, he isn’t the only player that insures the Knicks haven’t been crying themselves to sleep at night after losing Anthony. McDermott has found consistency in Jeff Hornacek’s system and his style of play fits his new coach perfectly. The sharpshooter is averaging 8.6 pints on career-high percentages of 49% from the field and 43% from downtown.

As for that future second rounder, the Knicks may snag themselves a rather talented player in the 2018 NBA Draft. The pick initially belonged to the Bulls, who are currently boasting the third worst record in the league. The Anthony trade came one day before Chicago announced its buyout with Dwyane Wade, essentially giving them the green light to embrace a full-on rebuild. Luckily for the Knicks, they’ll now be the ones benefitting from the Bulls’ transition. If the pick is slotted early in the round like expected, the Knicks could be in luck. Recent second-round standouts have included Jordan Bell, Malcolm Brogdon, and Josh Richardson.

With all of this in mind, it’s much easier for the Knicks to leave Anthony behind. With Christmas almost here, the Knicks can take solace in the gifts they’ve already received.