Enes Kanter Lives Up To His "Christmas Gift" Moniker 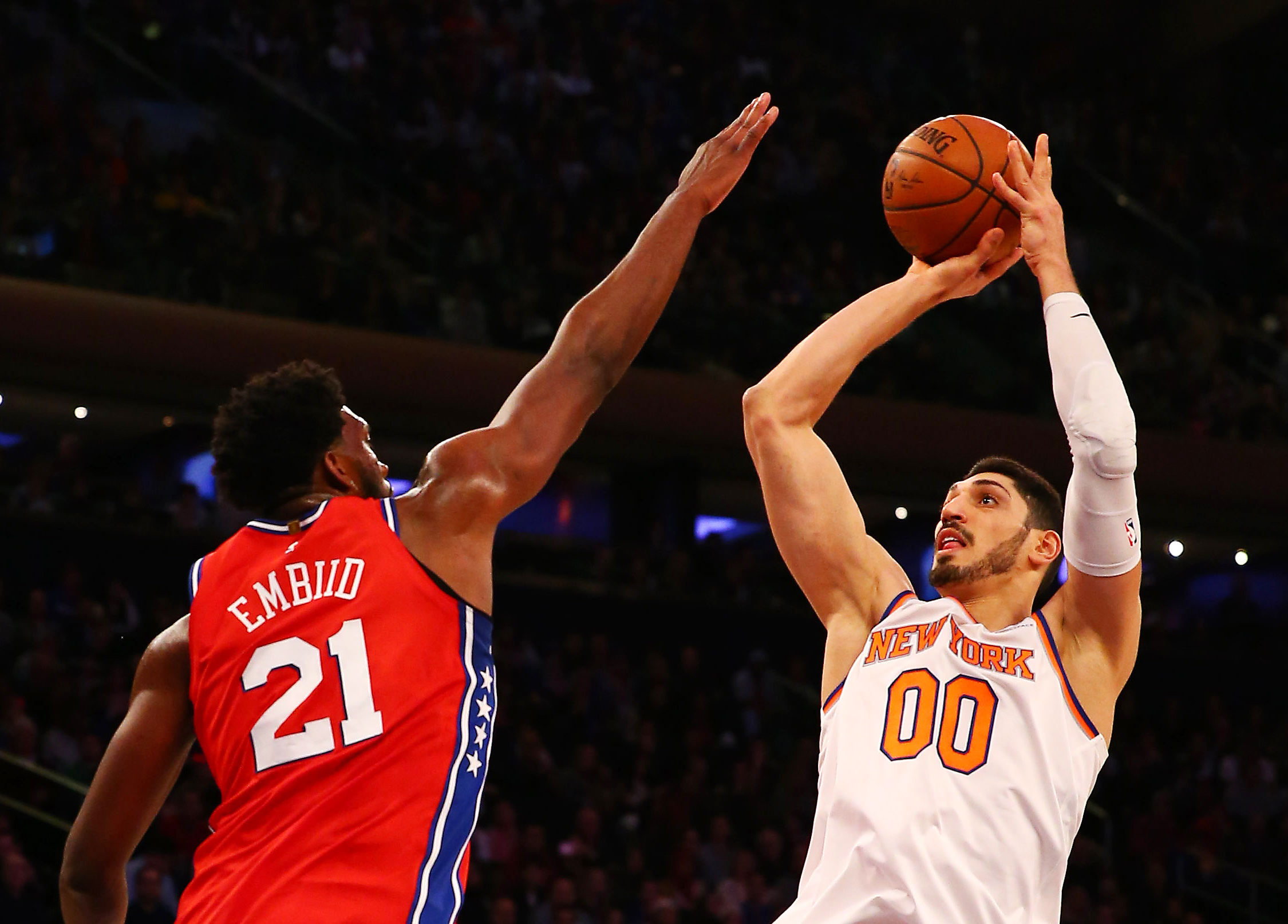 Enes Kanter Lives Up To His "Christmas Gift" Moniker

In honor of the holiday season, we at KnicksJournal.com asserted that Christmas had come early for the Knicks with the soaring emergence of Enes Kanter. He and the other gifts the team received in return for Carmelo Anthony have been welcomed surprises that have become rather vital to New York’s success thus far.

During his squad’s Christmas Day matinee, Kanter didn’t disappoint, more than living up to his given moniker. Logging one of the best games of his career, Kanter tallied a season-best 31 points and tied a career-high with 22 rebounds. In doing so, he became just the fourth player in NBA history (joining Wilt Chamberlain, Bill Lanier, and Bill Russell) to put up a 30/20 game on Christmas. Needless to say, he spread plenty of cheer, but the Knicks failed short of sending fans home on this holiday with a victory.

The highly anticipated matchup of Kristaps Porzingis vs. Joel Embiid lived up to the hype. Porzingis put up 22 points, 7 rebounds, and 5 blocks to Embiid’s 25 points, 16 rebounds, and 3 blocks. The players went back and forth all afternoon, as did their respective teams with leads changing left and right. It was an entertaining event, to say the least. But in the end, it can’t be denied that Porzingis struggled to shoot well from the field. Embiid came up in the clutch down the stretch, the Knicks failed to take advantage of golden opportunities, and the 76ers sped away with a 105-98 by the sound of the final buzzer.

The loss itself was unfortunate. Still, it’s worth noting that Kanter did all he could on the court, showing grit & determination, wearing his heart on his sleeve, and giving fans enough belief on Christmas Day that the team could win. In the end, the group failed to deliver.