Your Morning Dump... Where relief is in sight. 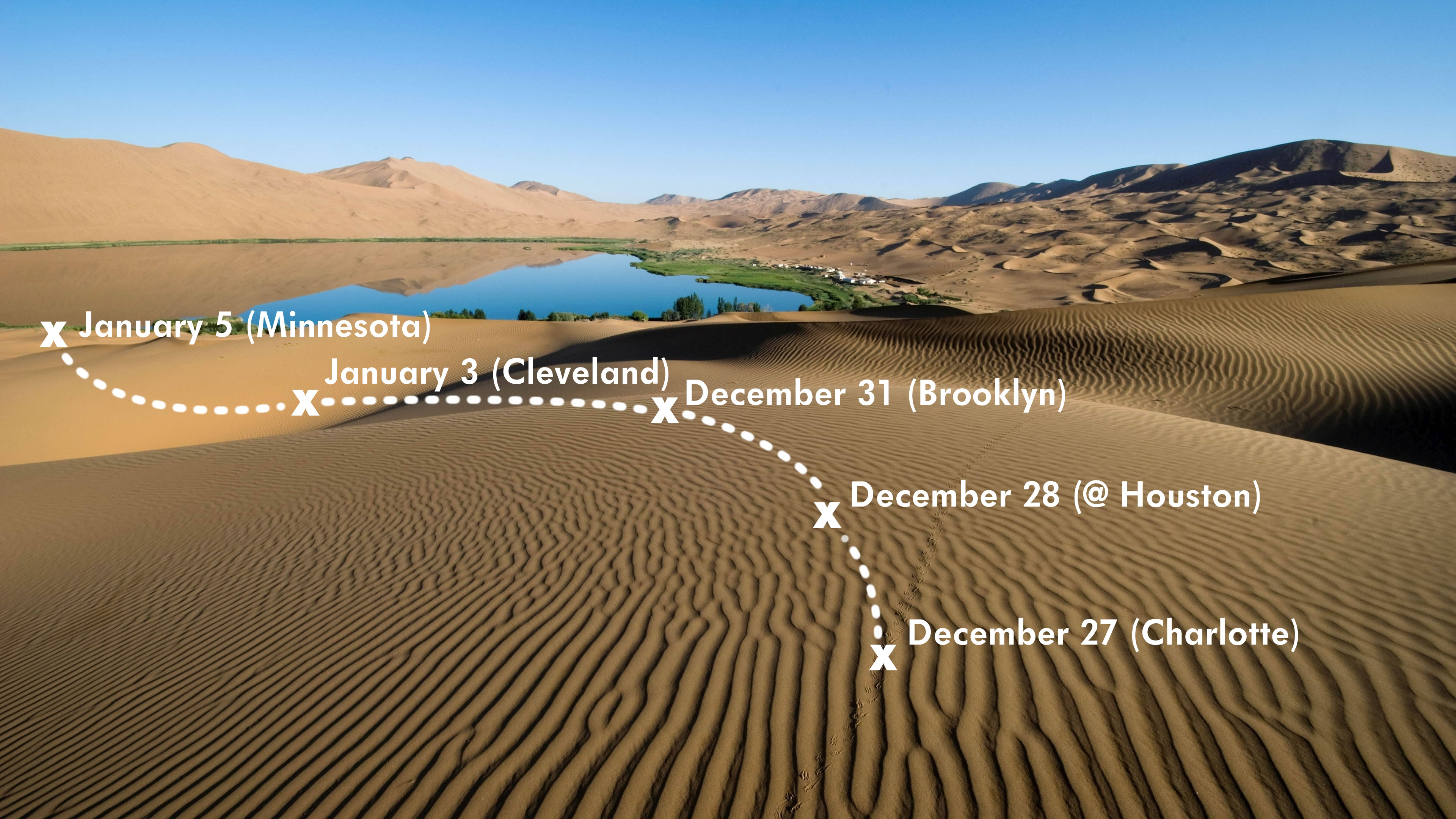 Your Morning Dump... Where relief is in sight.

So this is how the Celtics lost tonight. Final 6 minutes was ROUGH #CelticsTalk pic.twitter.com/xxbmULKE9U

I mean, just maybe, the Celtics’ schedule is a bit of an explanation for their poor performance over the final six minutes of the game.

I know that Stevens, after the game, told the press that they weren’t going to use the schedule as an excuse. And that’s precisely what he should tell the press.

When they go over film, he’s not going to tell the guys, “eh, you know what? It doesn’t matter. You guys all hit the wall and there was nothing you could’ve done about it.” Because, honestly, that’s not good coaching.

But when his wife tells him, “Brad, the schedule has really taken its toll”, he’s probably not going to argue with her.

Jaylen Brown’s left Achilles was bothering him earlier, now he’s favoring his right leg. Two guys got their faces broke in just over a month. Yesterday afternoon, seemingly everyone on the team ran out of gas trying to close out the Wizards, and that includes the coaching staff. Brad Stevens can’t be at the top of his game after this stretch of games either.

I think it’s a safe bet that nearly every game between now and January 6th is going to be ugly. There are going to be ugly wins and ugly losses, but when the NBA basically decides to keep the Celtics on the old schedule timeline while giving literally every other team in the league an opportunity to benefit from an earlier start to the season, this is going to happen.

But hey, at least they get a game in London out of the deal.

And if this becomes a regular thing with the NBA, you can bet they’ll eventually package that London game as part of a home/road back-to-back for some unfortunate west coast team. Because that’s how the NBA rolls. They just love their home/road back-to-backs, because hey, who doesn’t love ugly sloppy messy basketball?

Page 2: Where let’s not get too revisionist

The former Celtics star wasn’t afraid to hold back, saying he would have sat out the playoffs if the team was honest about the severity of the injury.

“So supposedly when we went back on the court Friday night, he was all over the doctors with eight minutes left in the third in a 40-point game to come back out. But the bottom line was he didn’t have his burst. He doesn’t have his bounce off of it, he doesn’t have his push off it. He’s going to see some specialists over the next few days starting tomorrow and determine the next course of action.”

That quote is from the middle of the Cleveland series; that is not Stevens trying to make IT look reckless months after the fact.

If the team had it to do over again, they probably would’ve handled things differently, but you know what else? With injuries like this, a lot of what the team does is going to be based on what the player tells the team doctor. Does anyone honestly think that IT was going to approach the training staff and say, ‘you know what? My hip just does not feel right, and it hasn’t felt right for over a month now. I really think I need an MRI, because I think I’ve got some soft-tissue damage.’

If he had that mentality, he wouldn’t’ve even made the varsity squad of his high school basketball team.

I’m pointing this out as a counterbalance to what IT’s saying now. What he’s saying now is every bit as understandable as him covering up the severity of the injury in order to keep playing then. I think what he’s doing is perfectly natural in the circumstances, and I don’t think anyone needs to pile on and start trashing IT because he’s upset about the extent to which that injury impacted him this season.

On the other hand, it’s best not to take what IT’s saying at face value either.

Boston Herald: Bulpett: Celtics-Wizards matchup a Christmas gift to all | No Merry Christmas for Celtics