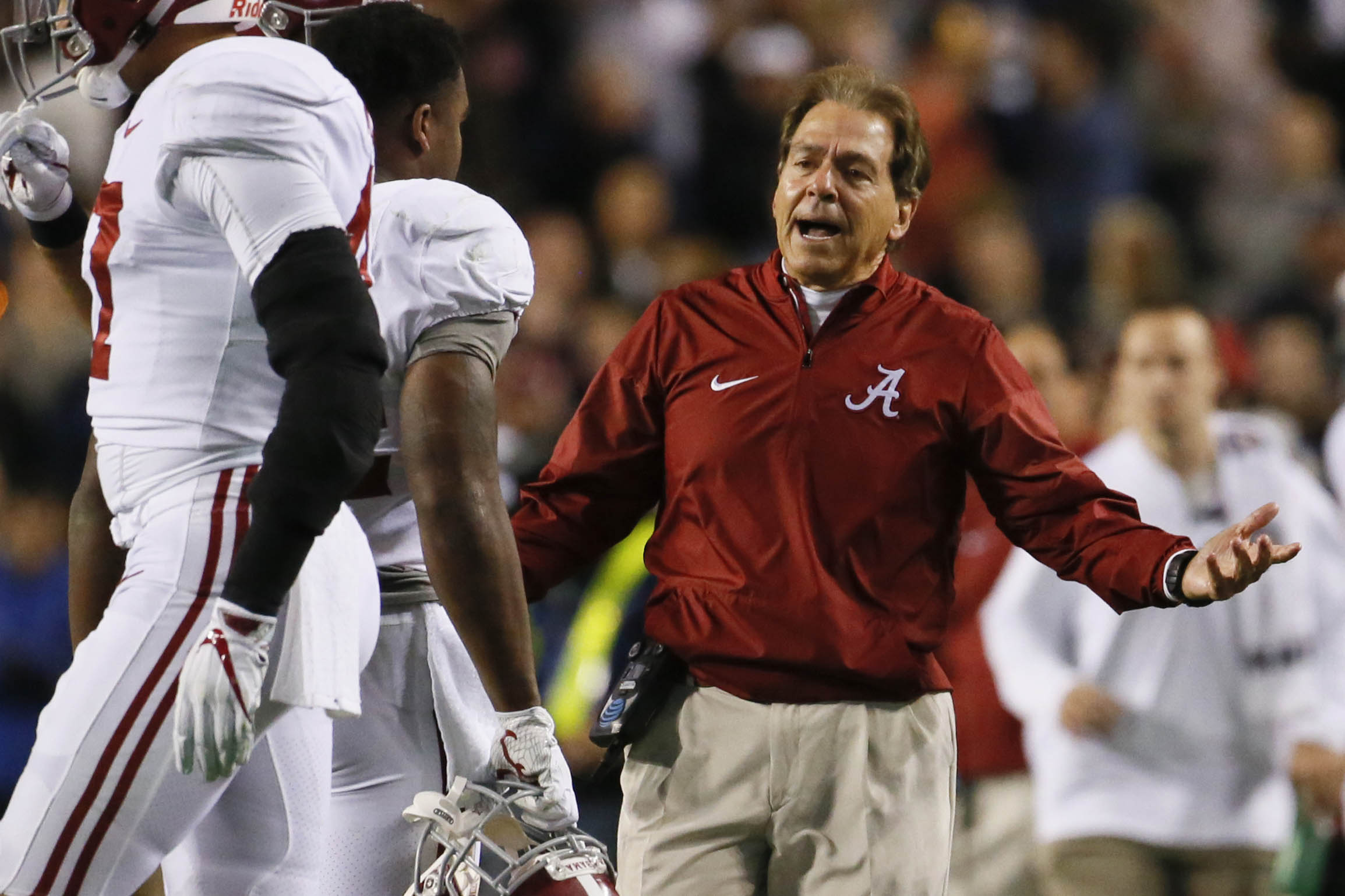 It’s almost time for the college football playoff and I could not be more excited.  This has been a tremendous season.  The talent at QB, RB, and WR coming soon to the NFL is incredible.  There will be guys drafted in the late first round who would’ve likely been top 5 picks just a few years ago.  I’m also extremely excited for the playoff.  The top 3 teams were clearly deserving, and at the 4th seed was between two flawed, but deserving teams (for the record, I think they picked the correct team in ‘Bama).  These games on paper seem very closely matched, which is a departure from the last few years where at least one, if not both seemed like a mismatch.

Let’s start with the Rose Bowl between Georgia and Oklahoma.  I think this will be an incredible game.  Prior to the season, I though Baker Mayfield was at best a second-round pick who could have a nice career as a backup in the NFL.  I now think he’s a mid-first round pick who has a lot of Drew Brees in him.  Make no mistake, this Oklahoma team can score.  They will still score some on Georgia, who just has a fantastic defense.  The problem I see here is Georgia is the worst possible match-up for Oklahoma.  Georgia has an incredible stable of RBs led by Nick Chubb and Sony Michel.  They can control the clock and win the time of possession, limiting the number of plays Oklahoma can run.

Additionally, while UGA doesn’t ask Jake Fromm to do a lot, he is a master at play action and throwing the ball down the field.  Oklahoma does not have a great D.  They have an above average D that really hasn’t had to win games because their offense can just flat out outscore people.  I don’t think they can light up Georgia.  Oklahoma’s best game plan is to try and get up early and force Fromm to throw 40 times to beat them.  I’m not sure that he can’t, but the one game UGA got down big against Auburn, they couldn’t keep up.  However, UGA man-handled them the second time around, and like I said earlier, I just don’t like this match-up for Oklahoma.  I think UGA is better on both lines of scrimmage, and will do enough to control the clock and keep Oklahoma off the field.  My pick is Georgia 27 Oklahoma 24.

The Sugar Bowl features what has clearly been the best two teams of the last 5 years in ‘Bama-Clemson III.  We can only hope the third chapter is something close to the first two, because if so, we are in for a treat.  These teams are very different than the first two meetings.  The obvious big difference is there is no Watson at QB for Clemson.  This Clemson team is not going to score in the mid-thirties on Alabama this year.  I also don’t think ‘Bama can put up a ton of points as this Clemson D is for real.

Let’s not forget what Clemson did to Auburn this season, as they completely dominated the line of scrimmage.  I think Clemson has the best DL in the NCAA.  I think they will win the line of scrimmage and do enough to keep Hurts in check.  I expect a much lower scoring game, something like Clemson 20 Alabama 17.  I also think ‘Bama is banged up.  Clearly the time off will help them, but they are still not at 100%.  I am really interested to see Clemson’s QB Bryant take on what will easily be the first elite defense he has faced since the Auburn game, when he was a brand-new starter.

There you have it, I expect to be back here next week with a preview of Clemson-Georgia.  Truth be told, there isn’t a bad title game match-up regardless of how these semi-final games turn out.  My only “get off my lawn’ complaint is it is incredibly stupid to start the Sugar Bowl at 8:45 pm.  College games take every bit of 4 hours, so I hope everyone has off Tuesday, because it’s going to be 1 am before you fall asleep.

Happy 2018 to all our readers and we will be back next week with an in-depth title game preview.