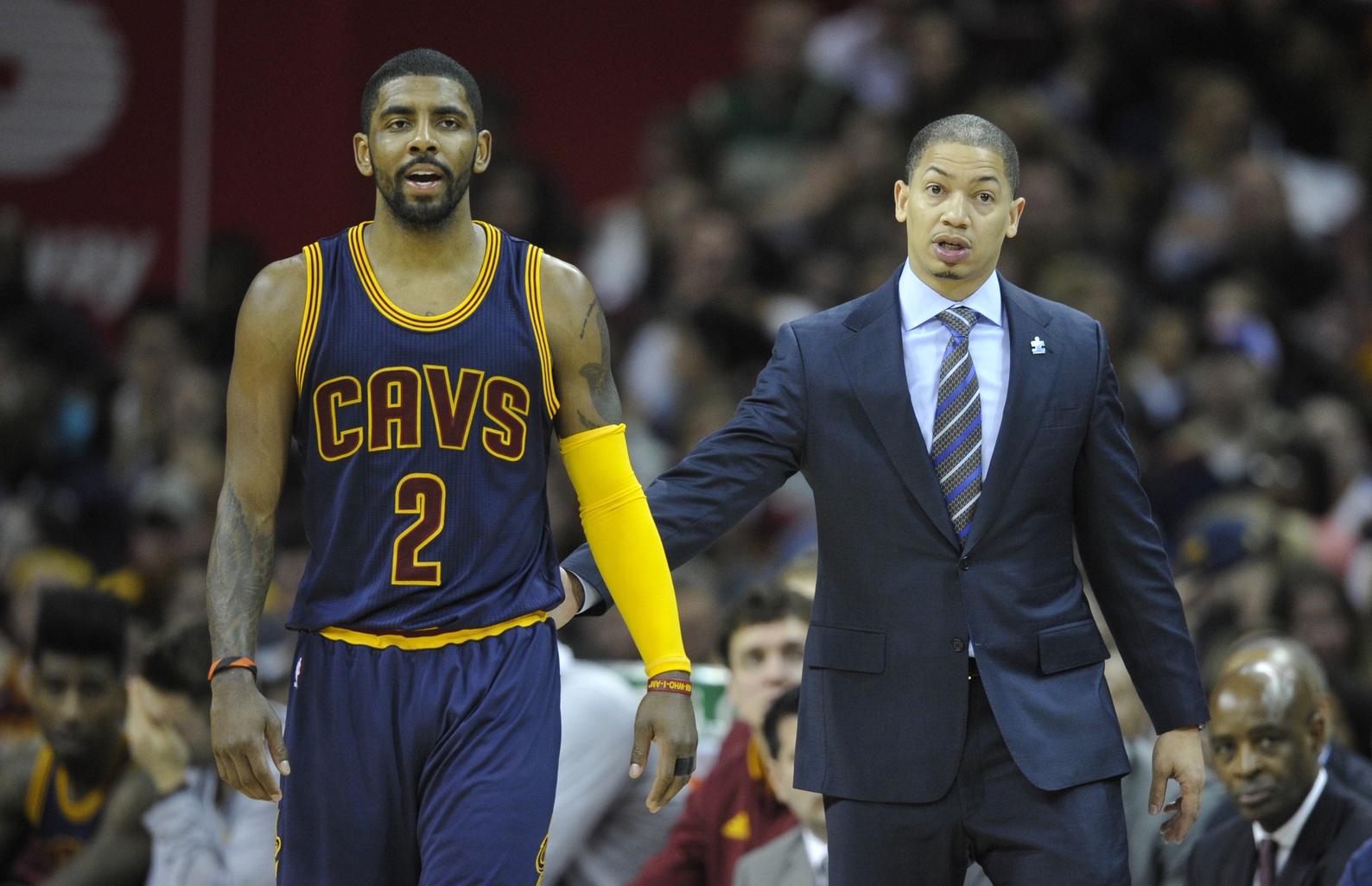 Tyronn Lue might not be considered one of the top coaches in the NBA but he’s smart enough to know the Cavs shouldn’t have traded Kyrie Irving:

His coach, Tyronn Lue, advised they hold onto Irving, just like the Los Angeles Lakers did when Lue’s former teammate Bryant demanded a trade.

“We wanted to figure out, is this real?” (Cavs GM Koby) Altman says. “Is Kyrie someone we might want to bring back and say, ‘Hey, look, players have figured it out in the past. You’re going to figure it out. We’re going to still be really good, we’re going to be winning games, so it’s not going to be all awful.’ You know what I mean? So thinking about the parameters of that, the implications of that was something we were also always debating.”

Celtics fans were split on this trade at the time but Danny Ainge 100% made the right move.

Irving has been spectacular, Isaiah Thomas is just getting his injured hip back on the court, Jae Crowder is struggling without Brad Stevens and the Brooklyn Nets have the 10th worst record in the league.