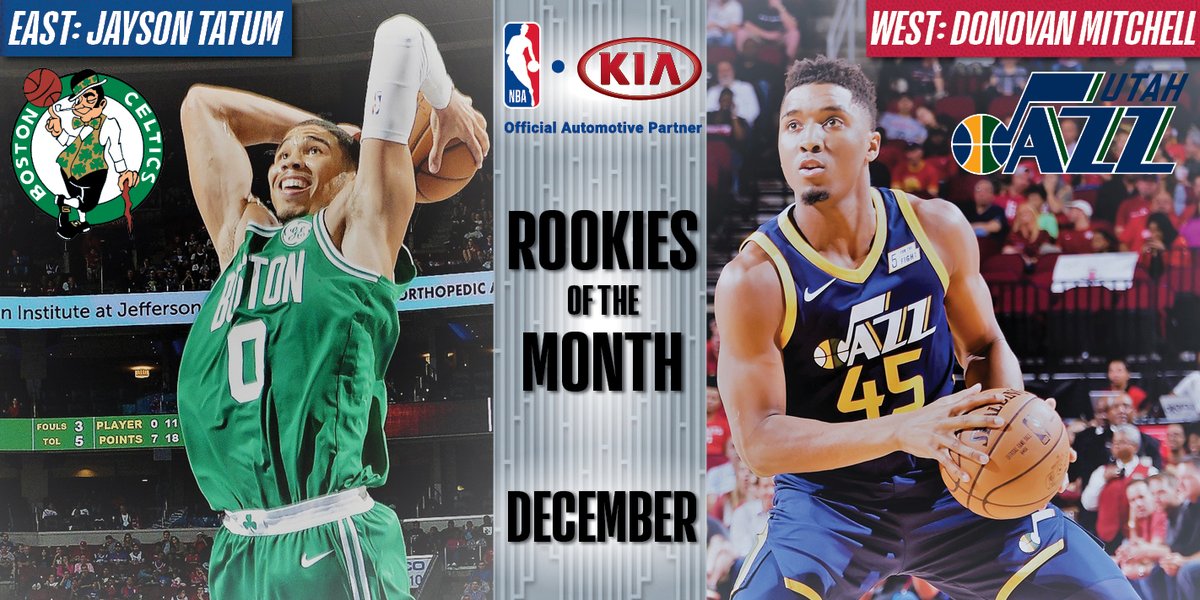 The NBA just announced the award for Tatum.

Tatum ranked second among Eastern Conference rookies in scoring (14.6 ppg) and fourth in rebounding (5.9 rpg) in 17 games in December for Boston, which went 11-6 to maintain its place atop the East standings. He made a rookie-high 59 free throws and finished fourth or better among all first-year players in field goal percentage (52.9), three-point field goal percentage (45.1) and free throw percentage (81.9). The 19-year-old forward scored in double figures 14 times, including two games with 20 points, and grabbed 10 rebounds three times. Tatum recorded two of his three career double-doubles during the month.

Here are some of the highlights:

Congrats to Tatum on the first of many. As you can see from the photo at the top, Donovan Mitchell, another awesome rookie, won it in the West.

This is a loaded rookie class.

WHAT DO YOU MEAN DINO RADJA WASN’T ELITE????