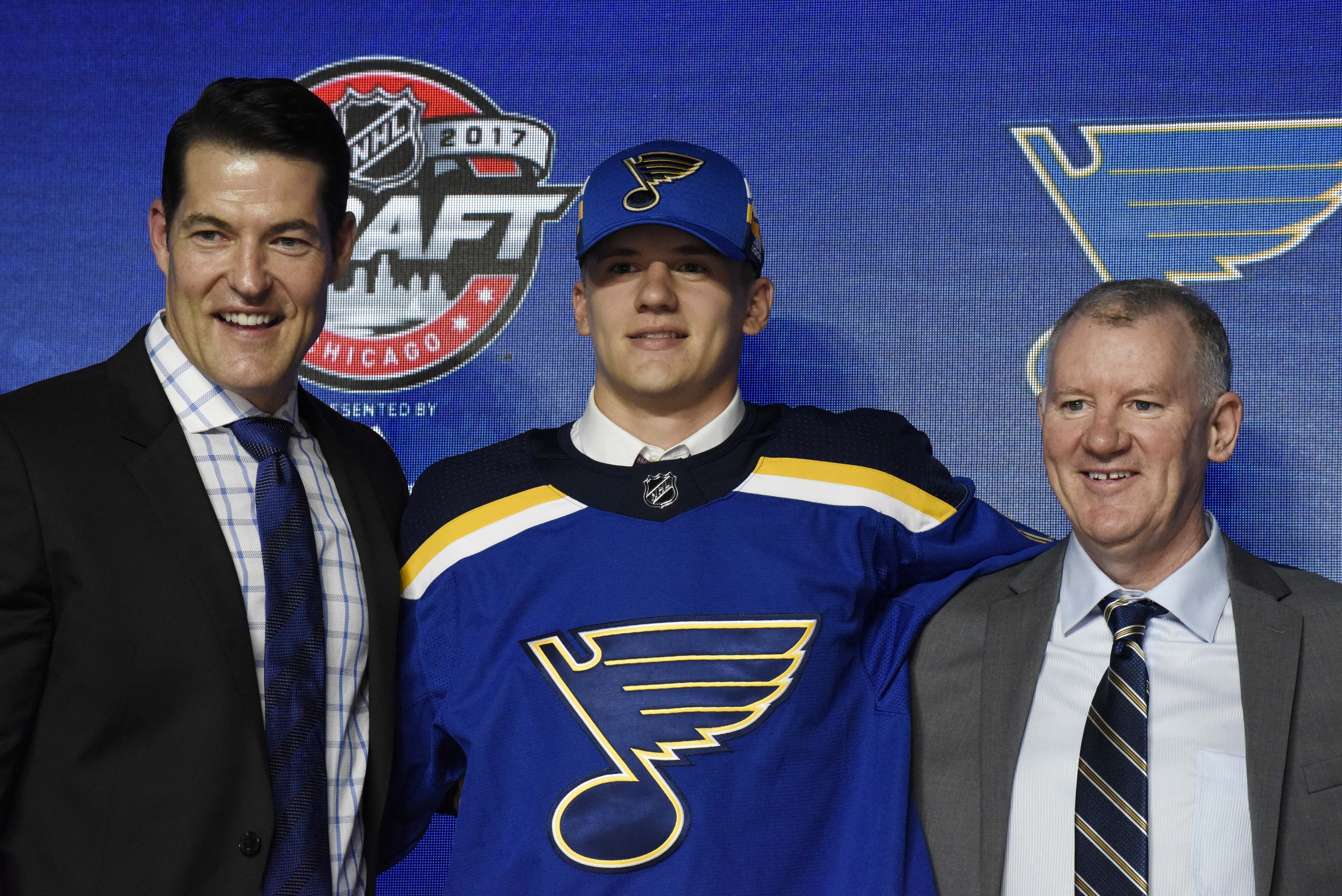 Klim Kostin is ready for the St. Louis Blues to bring him up to the NHL level. In an interview seen over on Sport-Express.ru, Kostin, 18, discussed his desire to play in the NHL this season as well as how the Blues apparently told him he’d be called up if he performed well at the World Junior Championship.

The interview below from Sports-Express.ru was published before the tournament was over and is translated through Google Translate, so don’t be surprised if the questions and answers sound a bit off.

They say that this World Cup depends on whether you will play in the NHL this season?

“Yes, if I play well in this tournament, then I was promised that they would raise to St. Louis.”

The tournament is not over yet, but the NHL is a completely different level.

“I’m ready, if that’s what you mean. No, it is clear that much work remains to be done, but I’m working to play in the NHL. You have to try and breathe that air this season.”

Assuming good ol’ Google Translate isn’t messing things up too badly, it sounds like the Blues told Kostin they’d bring him up to the NHL this season if he played well at the World Junior Championship. Kostin did play extremely well in the tournament, scoring five goals and three assists (eight points) in five games.

Is that enough to warrant a call to the NHL?

That’s a tough decision for a couple of reasons. For starters, Kostin’s play with the San Antonio Rampage of the AHL has been decent (two goals and nine assists in 28 games), but his time there has shown that he may need a bit more time to develop. He hasn’t been bad, but he may need to round out his overall game before he’s ready to join the Blues.

Meanwhile, the Blues have some other options they could bring up who also had strong tournaments. Canada’s Jordan Kyrou (three goals and seven assists in seven games) and Robert Thomas (one goal and five assists in seven games) had awesome tournaments. Kyrou, 19, in particular has been making some big headlines, but the jump from the OHL to the NHL is an even greater leap.

As Blues fans have undoubtedly seen countless times around the league, it’s important for a team to take its time with its young talent. Rushing players into the NHL too quickly can be a recipe for disaster.