How would potential signee Trey Burke help the Knicks? 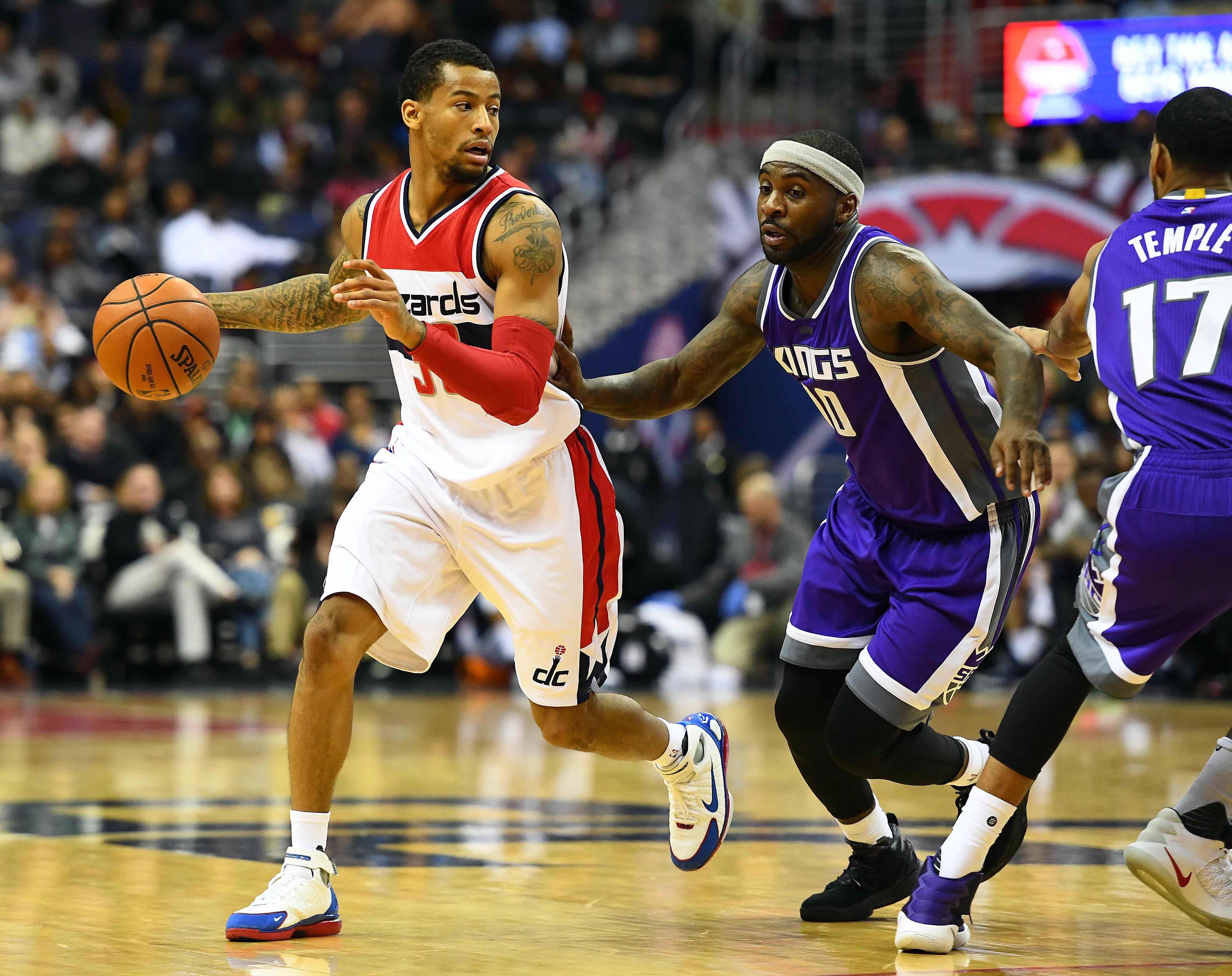 How would potential signee Trey Burke help the Knicks?

After spending a short time in training camp with the Knicks, Trey Burke has subsequently taken the G League by storm. Averaging 26.6 points — good for second leading scorer in the league — Burke has thrived as an affiliate player for Westchester. All the while, he has led the minor league club to the G League’s best record to date at 18-9.

With the G League’s annual showcase about to begin, the Knicks are hoping to keep Burke in the organizational fold before all of the upcoming exposure allows him to prove to NBA staffers that he still belongs in The Association and probably should never have been overlooked in the first place. According to Shams Charania, New York is negotiating a deal with the 25 year old that could be agreed upon this coming weekend, and at the same time, hold him out of the G League Showcase in the coming days.

Sources: The New York Knicks and Trey Burke of G League Westchester are in serious talks on a deal, with the guard expected to be held out of the showcase and an agreement as soon as the weekend.

Though he found himself playing in the G League for the first time in his career this season, there’s no doubt Burke is more than skilled enough to hold his own at the next level. He can downright score the basketball with ease. He’s evasive with the ball in his hands, can attack and penetrate to the hoop, and has versatile range from around the perimeter. A former NBA lottery pick and someone who has averaged 10.6 points through 267 NBA games, such abilities are still more present than ever.

The young gun has a few things going in his favor: as previously mentioned, he’s obviously excelled and continues playing his heart out for Westchester. A former collegiate teammate of Tim Hardaway Jr.’s, Burke is someone who should be easily acclimated to New York’s offense after playing under their organizational umbrella over the last three months plus. There shouldn’t be much of a learning curve. As a former member of the Utah Jazz, the guard played for Tyrone Corbin, a good friend and coaching colleague of Jeff Hornacek. He can probably tell the Knicks’ coach much of what he needs to know about the likely signee.

Burke has paid his dues playing in Westchester up until this point, and another team is sure to scoop him up if New York doesn’t act quickly at this point. Nevertheless, the Knicks would need to free up a roster spot in order to retain Burke’s services. Baring an unexpected trade, Ramon Sessions appears to be a prime candidate to be shown the door.

Whereas Sessions merely warms a bench seat for New York, Burke stands to make more of an impact. He’s an offensive spark plug and it’s safe to say the Knicks could largely benefit from an extra scoring boost off the bench every now and then. He can score, but it remains to be seen if he can run the floor a bit more or help contain fellow reserve point guards from a defensive standpoint. Despite his smaller 6’1″ frame, it’d be interesting to see Burke play alongside Frank Ntilikina in the second unit. Ntilikina is defensive-minded and has continuously been praised for his length. The two could complement one another nicely.

It’ll be interesting to see if the Knicks can implement Burke accordingly, if and when his acquisition does come to fruition.