Does George Springer Need Strikeouts to Be Successful? 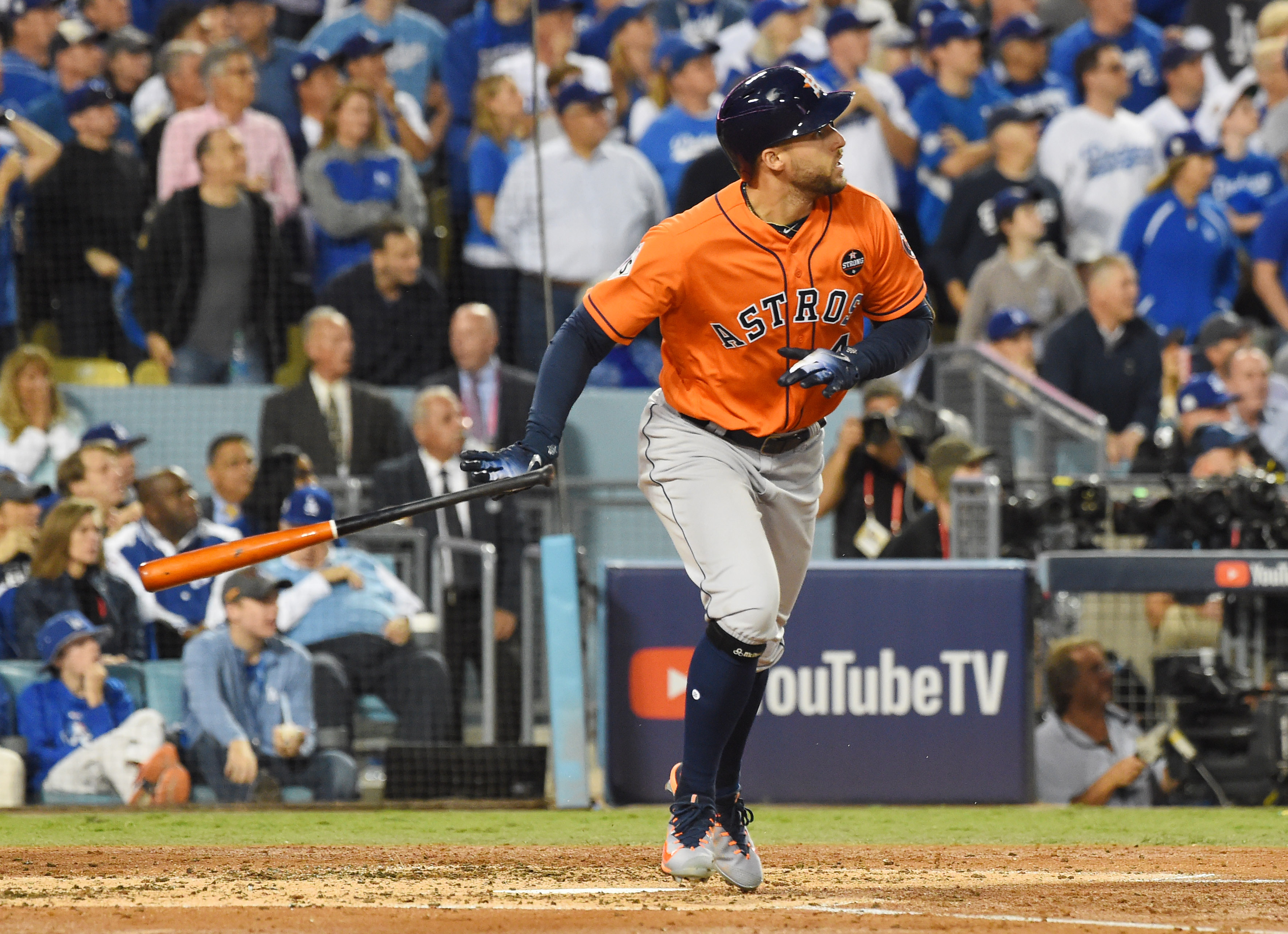 Does George Springer Need Strikeouts to Be Successful?

Houston Astros outfielder George Springer has plenty going for him right now. The 28-year-old is fresh off a year in which he went to his first All-Star game, won a Silver Slugger for the first time and also set new single-season career highs in most offensive categories.

Since we’re in the middle of winter and the Hot Stove looks as cold as the recent weather in the northeast, it makes many of us look for different ways to stay occupied. A perfect example of that is breaking down Springer’s 2017 into two halves, which was done by MLB.com’s Mike Petriello.

George Springer cut his K% from 22% in the first half to 11% in the second, which is remarkable.

Bring back the whiffs, man.

We’ve been conditioned to think that strikeouts are bad, so this quick breakdown is awfully interesting. How could Springer perform so much worse despite cutting his strikeout rate in half?

The Batted-Ball Stats Check Out

There will be many pointing to Springer’s stint on the disabled list in July and August as part of the reasoning for this downturn in production, but as Petriello also notes, the left quad discomfort that landed him on the shelf was also an issue in the first half. So it’s not as if the injury he dealt with was something completely new.

It’s easy to look at his overall stats and say he had a tough few months before turning it on at the right times in October, but some others may also point to his BABIP and say he dealt with tough luck. After posting a .339 BABIP in the first half, that number dropped to .244 following the All-Star game.

However, there were some noticeable changes in his batted-ball profile that show us it might not just be bad luck. The below table shows how his line-drive rate (LD%), ground-ball rate (GB%), fly-ball rate (FB%), pull rate (Pull%) and hard-hit rate (Hard%) changed from one half to the next.

So when we combine a drop in the most successful batted-ball event (line drives) with a rise in the least successful one (ground balls) and an overall decrease in hard contact, seeing Springer’s BABIP dip down that far shouldn’t be overly surprising.

A Matter of Aggressiveness

Limiting the number of strikeouts is never a bad thing, especially since it means a hitter is putting more pressure on the defense to earn that particular out instead of just watching a pitcher record it on their own.

This checks outs for Springer — in addition to that steep drop in strikeout rate, his swinging-strike rate went from 10.8% to 7.4%, while his contact rate rose from 76.2% to 82.8%. The problem, though, may lie in the rest of his plate-discipline stats.

The below table shows how his chase rate (O-Swing%) and swing rate on strikes (Z-Swing%) changed throughout the year, along with the corresponding contact rates.

While Springer’s contact rate spiked in the second half, it wasn’t from the good kind — his contact rate on balls outside the strike zone is what drove the majority of that overall increase.

Yes, the strikeouts decreased significantly, but it’s partially because he wasn’t nearly as aggressive on strikes when we split his 2017 season into two halves. Springer’s overall swing rate on strikes from this past year (70.5%) is right in line with his career number (72.2%), but it’s also sizable drop from the 74.1% rate he posted in 2016.

Are we splitting hairs at this point? Probably a little. Was his second-half lull a direct result of fewer strikeouts? Well, no, of course not — there were multiple factors involved. But like we said at the start, Springer has a lot of things going in his favor right now.

After all, this is a guy who just hit 30-plus homers, is a force at the top of very deep lineup and also has shown an improvement in overall plate discipline — his 23.7% chase rate from 2017 is the second-lowest mark of his career. But if striking out more often means he’s remaining aggressive on pitches in the zone while also keeping the quality of his contact high, then it’s a sacrifice worth making.

As he prepares for 2018, the sky seems to be the limit for Springer, who could potentially just be scratching the surface of his potential with the prime years of his career in front of him.