Your Morning Dump... Where Kyrie is out there. 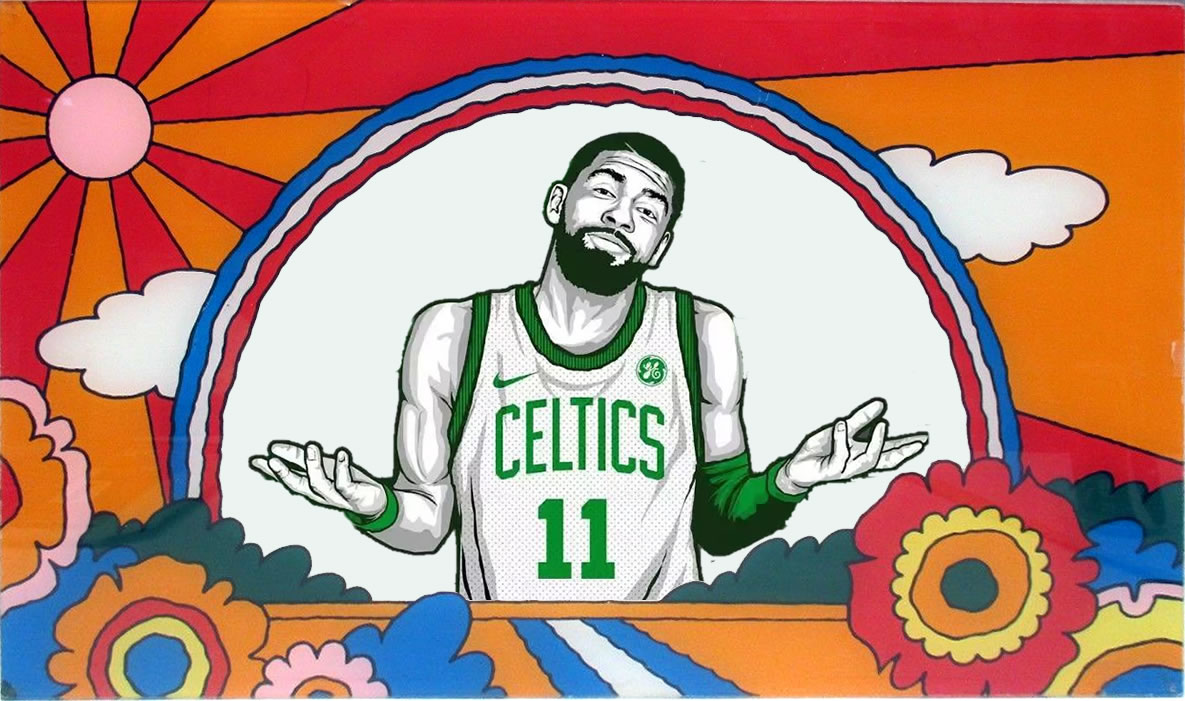 Your Morning Dump... Where Kyrie is out there.

BREAKING: Kyrie Irving, on JJ Redick’s podcast, reveals that his flat-Earth theory came from his dutiful research on … Instagram.https://t.co/YeeSygcGFr pic.twitter.com/4r9qK8lmnD

But first the explanations.

So Kyrie, might have seriously believed the earth was flat for a while based on Instagram videos?

And it gets better.

I legit came across a rabid anti-Semite once who offered me an opportunity to read one of his magazines, which, he claimed, would tell me what was really going on–stuff I wouldn’t be able to read in the local paper.

And the third eye being in the middle of your forehead, and awakening that. And I felt like ever since I took meditation to another level and figuring out the research behind that, and figuring out how knowledgeable I can become, and just being enriched in that, enriched in my soul, rather than realizing that this physical realm that I live in and I exist in is the only thing that’s available to me, you know. And it connected me more to Nikola Tesla, and then I started taking, you know, just specific individuals throughout history that have been telling us things that just either they perish before their time or they were supposedly taken out or something that they said was just so thought-provoking that it just — they went from a genius to being a crazy person. And then like, society just Xs them, like no, we don’t want to believe anything you say anymore and you’re a crazy man.

Ah. So where to start with all this?

First of all, there are a bevy of publicity seeking hand-wringers that are wringing their hands over the effect Kyrie’s comments will have on children.

Of course, those people love to make comments like this:

Irving again went on the Jefferson/Frye podcast to revisit the issue, and he seemed to pat himself on the back for starting a conversation about a question that was definitively answered many, many centuries ago.

And therein is the source of my amusement and frustration.

You’ve got a professional basketball player spending his spare time watching Instagram videos about the earth being flat, and saying, ‘well, how do we really know it’s round? Just because people tell us it’s round?’

Okay, so doing research on Instagram is really dumb. But that question isn’t.

How many people who laughed at Kyrie can provide a logical argument that the earth is round which does not start out with “space photos”.

Of course he goes on to talk about chemtrails.

And, there, again, the initial response is to just laughingly dismiss such talk.

But how many people who find the whole premise of chemtrails to be preposterous know that the US government spent most of the 50s experimenting with weather modification–even investigating the possibility of weaponizing weather against the USSR?

Asking why we can be confident that such far-out concepts like chemtrails are not legitimate is a more intelligent (or, ‘woke’, if you will) response than saying, ‘hah! That’s ridiculous. Everyone knows that’s nonsense.’

Now, someone who spends a lot of time examining these questions, and comes away convinced of the existence of myriad conspiracies–there’s something wrong with their thinking. But asking questions about these things is not stupid.

“The beautiful thing about it is that it made me think.”

Memorizing the stuff you’re taught in school is not ‘thinking’, nor is recitation of that stuff ‘thinking’. Thinking means using your ability to reason not just accepting stuff because you’re told.

In that respect, I’d guess Kyrie and Jaylen have a lot in common.

Oh, and that stuff about the third eye?

Man, I have *no* idea what he’s going on about there.

Page 2: Where the Celtics’ defense is tops against the top offenses

In games played against the league's top 10 offenses, the Celtics have had the best defense by a wide margin. pic.twitter.com/ljaBtw8MYs

According to Basketball-Reference.com, they held the Cavaliers and Timberwolves to their worst single-game offensive ratings of the season. The Golden State Warriors had their second-worst offensive showing against Boston and the Houston Rockets had their third-worst.

I still can’t believe the Celtics beat the Rockets. That game was crazy.

At any rate, it’s kind of hard to see how–barring injury–the Celtics defense will get worse as the season goes on, given that they’ll be playing a much less demanding schedule.

Boston Herald: Kyrie Irving knows he still has a lot to learn about Celtics

NBC Sports: CELTICS TALK PODCAST: Ray Allen discusses surging C’s, his past in Boston | How popular is the Celtics’ brand around the globe?