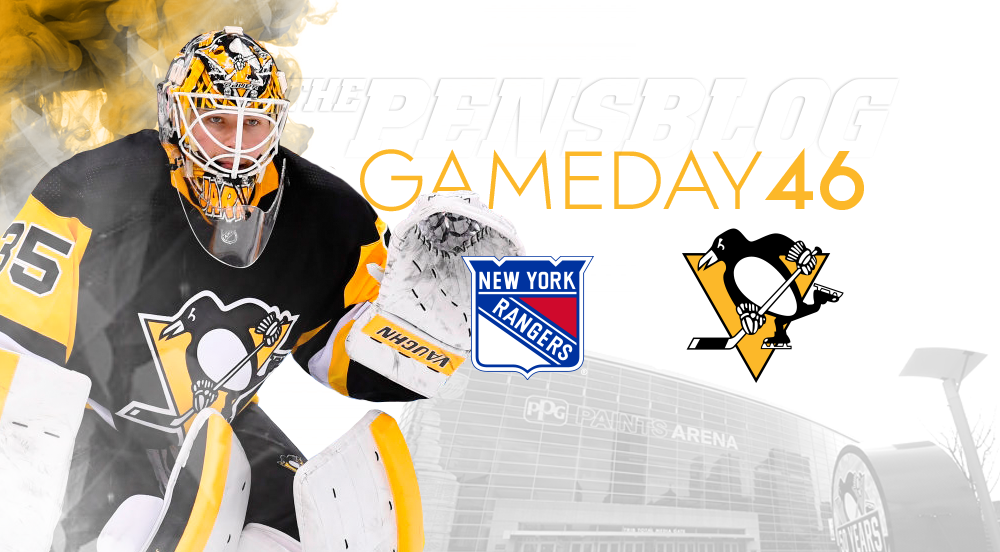 Happy Sunday. Some thoughts going into tonight’s game with the Rags.

The Pens won convincingly last night, but they still need to show they can carry a level of consistent play in the 2nd half. The bye week reinvigorated them, but a west coast road trip looms. That will tell a lot about where this team stands.

Coach Sullivan on Matt Murray skating this morning: "There's no update. It's just a status quo. Matt will address the media at an appropriate time. We are giving him his personal space and we're asking that everyone is respectful of that."

You never want to speculate about this kind of thing, but whatever it’s obviously not great. I mentioned the Pens struggles to find a consistent level of play; Murray’s up and down year is indicative of that. Be well Murr.

Lined up and ready for Detroit. pic.twitter.com/fMyjdvduNV

Lines will surely basically be the same. Jarry back in the net tonight.

I know this made the rounds yesterday, but it rules so I’m posting it again here.

When Kris Letang stops on his way off the ice to give a 6yo @penguins fan with cancer a puck.
Wow. My heart. Thank you. pic.twitter.com/f3fvpRXaqu