Should Knicks Continue Searching For Talent In NBA G League? 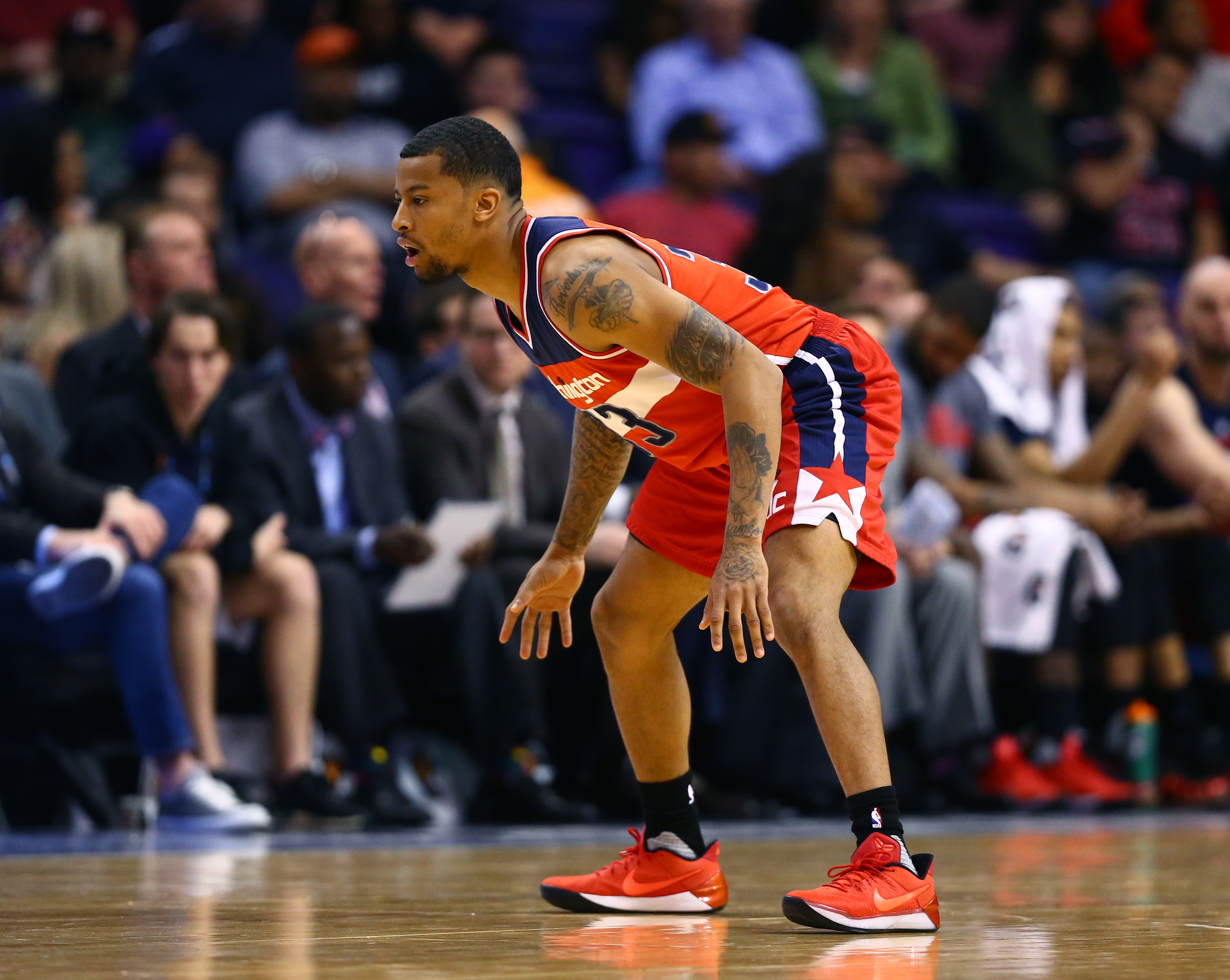 Should Knicks Continue Searching For Talent In NBA G League?

The New York Knicks have the right talent in place. Kristaps Porzingis could be the next star that leads the team back to the long-term success. Despite his recent injury, Tim Hardaway Jr. has looked solid early on in the season and could be a viable second or third option next to Porzingis moving forward. Frank Ntilikina has performed well on the defensive end. If he develops an offensive game, the three will be a good core in the Big Apple.

New York has been getting contributions from Enes Kanter and Doug McDermott. Kanter has been a presence down low and is a walking double-double. With the way Kanter has been performing, it’s possible he opts out of the final year of his deal to become a free agent in the summer of 2018.

“It’s always on your mind,” Kanter told the Daily News in December. “But the season is going really well right now. It’s just a contract. I think people worry about it too much and it gets into their head.”

With many players signed to multi-year deals, New York will have limited cap space available next summer. That cap space gets smaller if Kanter opts into final year of his deal, which would pay him $18.6 million. Joakim Noah’s contract is still on the books for $18.5 million next season and $19.3 million for the 2019-20 season.

The Knicks have $99.1 million on the books for next season. With the cap expected to be $101 million for the 2018-19 season and $108 million the following season, New York will be close to going over the cap.

With that in mind, New York should look into the NBA G League to find quality players. Over the past three years, there have been 156 call-ups. Even though many of the top players are inked to two-way contract, there are still quality players in the NBAGL that could be contributors.

Trey Burke, Lance Thomas and Tim Hardaway Jr all once played in the G League. That doesn’t include Ron Baker (who spent time in Westchester on assignment in his career) and Damyean Dotson, who has spent seven games in Westchester this season.

The Knicks’ cross-town rivals, the Brooklyn Nets, have found many quality players in the G League that have played signifiant roles this season. With injuries to Jeremy Lin and D’Angelo Russell, Spencer Dinwiddie has taken advantage of the opportunity in front of him.

The Nets have shown to perform better when Dinwiddie is on the court. He is comfortable and has the confidence when the game is in his hands. The Nets guard hit a game-winning floater against the Minnesota Timberwolves.

Quincy Acy spoke on his approach and the attention to detail Dinwiddie possess.

“His attention to detail, his approach to the game has really got him where he is, and it’s helped his confidence a lot,” Acy told Brian Lewis of the New York Post. “He’s playing well. He deserves everything he’s getting right now. He worked for it. I love to see guys like that succeed, guys that really worked for it off the court. It’s really showing.”

The Post noted that the Nets are 9.1 points per 100 possessions better when Dinwiddie is on the floor.

Quincy Acy, like Dinwiddie, worked his way to Brooklyn following a stint with the Texas Legends of the G League. Acy has sparked the Nets with his energy and aggressiveness on the court. He is taking more three-point attempts in his fifth year, which is something he attributes to Brooklyn head coach Kenny Atkinson.

“He wants me to be super aggressive so [I will be],” Acy said. (h/t Alex Labidou of NBA.com. “I feel like if I take four or five threes, that’s really aggressive [for me], but he wants me to take like 10.”

As an G League All-Star and one of the top scorers during the 2015-16 season, Brooklyn signed Sean Kilpatrick. In his first season, he had the opportunity to showcase his scoring ability, which included a 38 point performance against the Los Angles Clippers. Despite seeing his playing time diminish and getting waived by Brooklyn, Kilpatrick signed a two-way deal with the Milwaukee Bucks then had his deal converted to a standard NBA contract.

Joe Harris, who was drafted by the Cleveland Cavaliers, didn’t see much playing time in his first two seasons in the NBA. Most of his playing time came with the Canton Charge. During his time in Brooklyn, Harris has shown to be a quality NBA player while improving on his perimeter game. He shot 39% percent from deep in his first season with the Nets and 38% percent this season, while attempting more than four shots from deep per game.

Instead of exploring talent from other G League teams, New York usually looks for talent within their organization. In the previous years, New York brought in Langston Galloway, Jimmer Fredette, Chasson Randle and Trey Burke as affiliate players and all four eventually earned a call-up to the big club.

Even with New York’s approach to developing talent in their own affiliate, there are plenty of talented and hungry players in the G League. With the limited cap space going forward, the Knicks will likely continuing developing talent in Westchester. But that shouldn’t stop the Knicks from potentially finding other solid contributors in the G League.