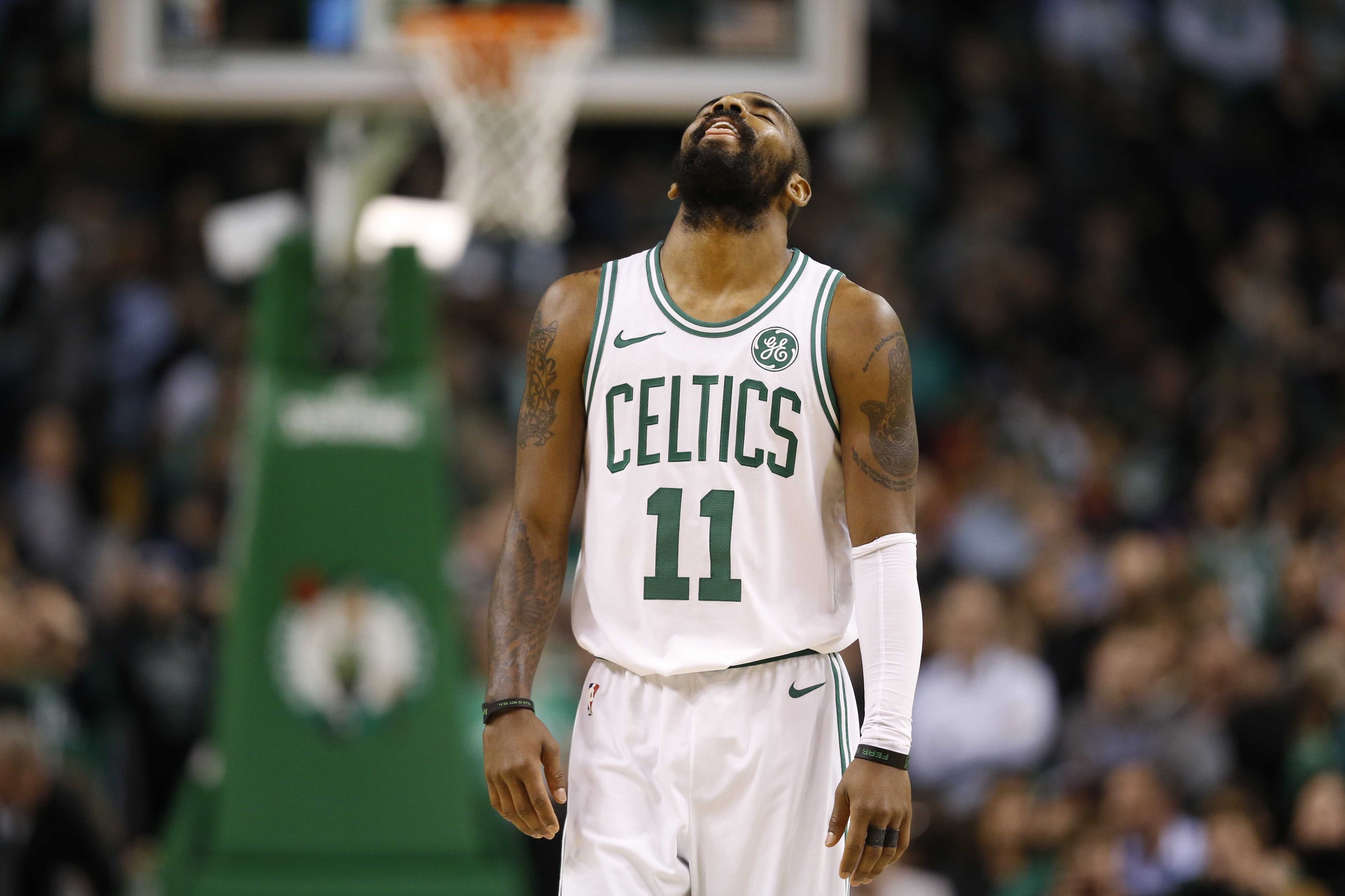 The Celtics seven game wining streak ended tonight at the Garden with a 116-113 OT loss to the Pelicans. Supernova Kyrie lifted the Celtics out of a 10-point halftime deficit with a 16-point 3rd quarter, but horrendous shot selection and a few turnovers late by #11 ultimately cost Boston this game.

Boston was sloppy and disjointed from the jump. The Cs coughed up 5 TOs and committed 7 fouls in the 1st quarter. Meanwhile, Davis was red-hot (17 points, 6 rebounds). His sweet mid-range stroke reminded me of Kevin Garnett. NO led 32-25.

Marcus Morris (11 of his 12 points) kept the Celtics in this game. But Boston just kept fouling. And it’s remarkable how a load like DeMarcus Cousins can fall to the ground with very little force. Outside of Morris, the Cs didn’t have any offensive punch. They shot 37% and trailed 58-48 going into the half. Davis had outscored Boston’s starting five (25-24) at this point.

Everything changed in the 3rd quarter. Boston rattled off 4 quick 3s and this game was tied at 64. The threes kept coming. Boston hit EIGHT in the quarter. Kyrie shook off the rust and dropped 16. Watch and enjoy:

Kyrie Irving went off for 16 PTS in a big 3rd quarter on @NBATV! #Celtics pic.twitter.com/GXrIMdqyFC

Boston led 75-72 midway through the 3rd but reverted back to some bad habits and found themselves down 87-80 going into the 4th.

Fatigue started to show for the Pelicans and they went cold (5 points over 5 minutes). Boston cranked up their effort and knotted the score at 95. A 3-pointer by Daniel Theis(!) put the Celtics up 101-96 with 3:54 remaining. Ball game, right? Wrong. Kyrie went into hero ball mode and missed 3 shots with a turnover.

That’s a helluva move on Davis.

Boston had another chance to tie but hero ball reared its ugly head again:

Celtics could’ve gotten something MUCH better but Holiday got away with some contact on this shot and should say a prayer of thanks to the basketball Gods pic.twitter.com/oqoayQZZbC

Kyrie is a helluva player but Boston is at their best when everyone is involved.

Al Horford says NO SOUP FOR YOU, Anthony Davis. ONE WEEK!! pic.twitter.com/kg3LbH5l25