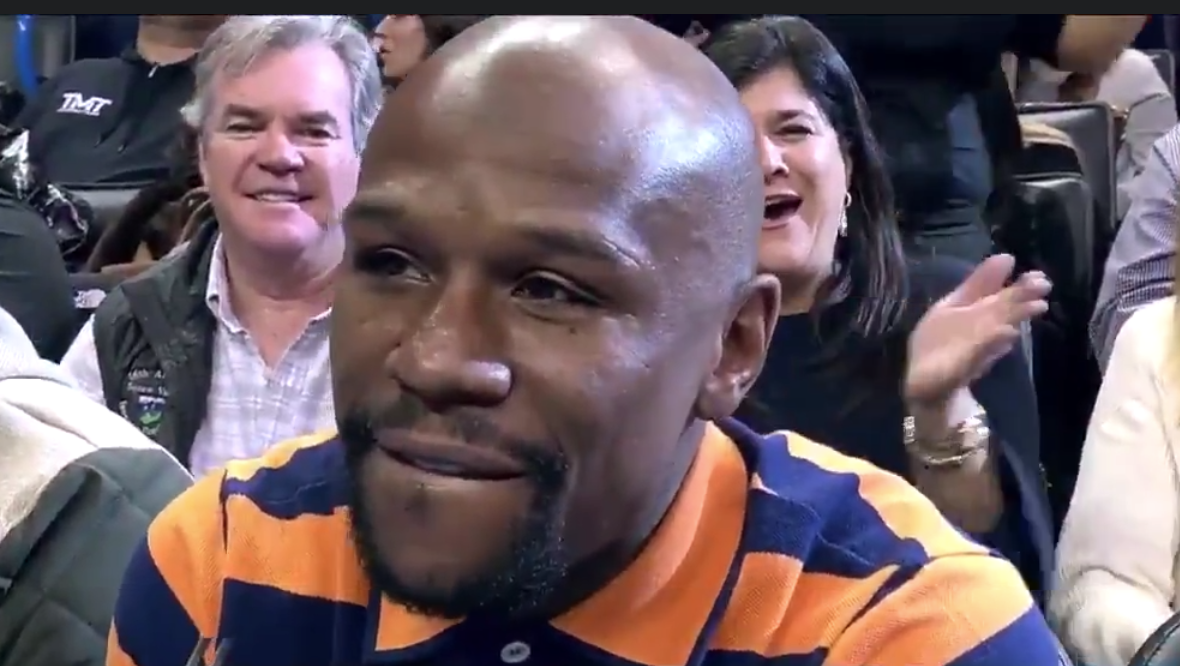 Floyd Mayweather Jr. generated some buzz on social media Tuesday when he posted a video of himself riding a horse while shirtless on a beach. The Instagram video garnered a lot of reactions, as many wondered where he was exactly.

While the location of where he was in the video is still currently unclear, we do know where he was on Wednesday — at Chesapeake Energy Arena.

Mayweather was shown on the video board at one point during Wednesday’s Lakers-Thunder game, and he was all smiles watching the game from his courtside seat.

Mayweather is known to bet on sporting events, so we wonder if he had any action on the game, and if so, which team he wagered on.