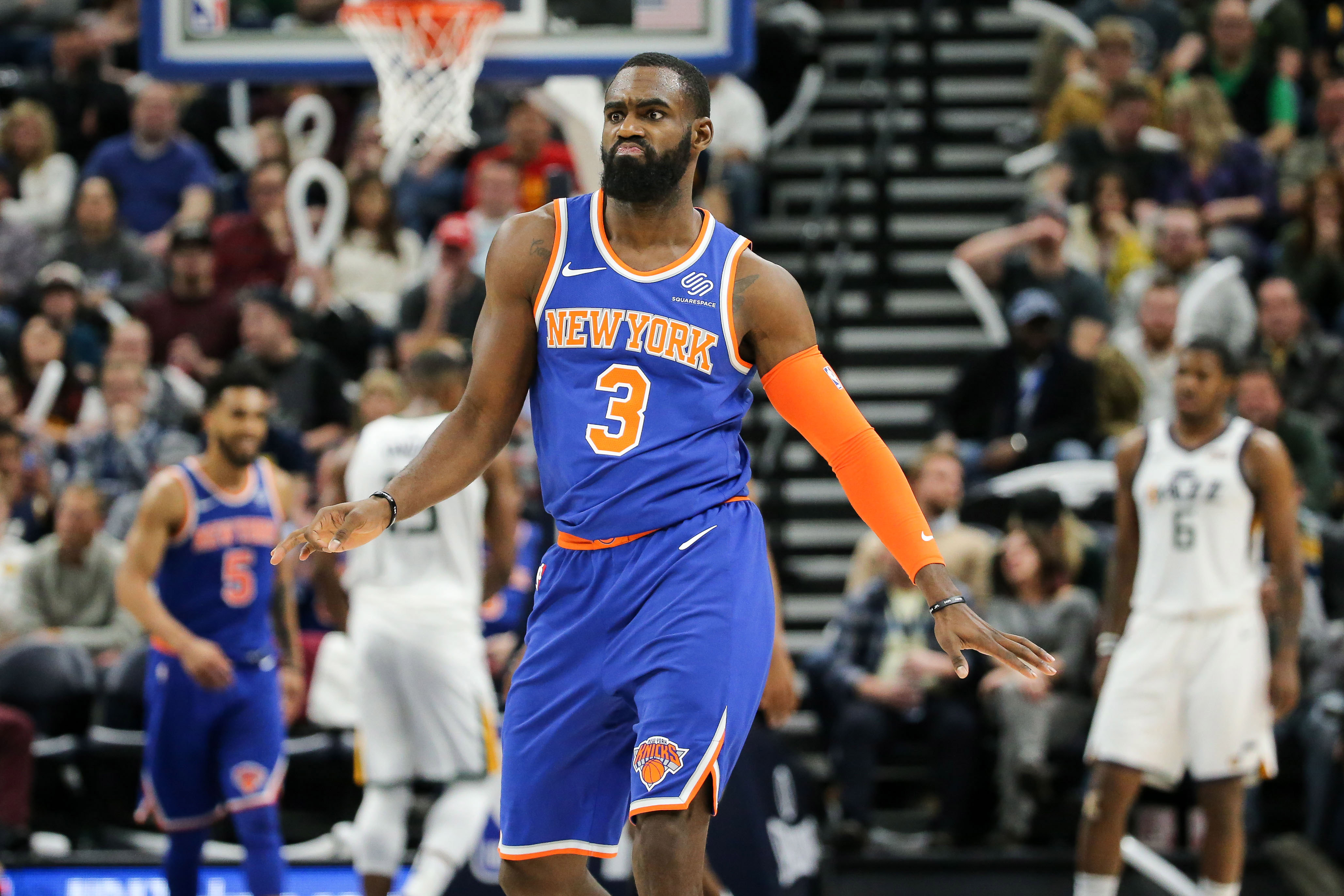 It’s safe to say the Knicks are relieved to have Tim Hardaway Jr. back. Helping his team garner a rare second win in the midst of a daunting road trip, the sharpshooter led the way with 31 points as the Knicks held on to a 117-115 lead by buzzer’s end. Hardaway Jr. was red hot throughout, converting on six shots from downtown and shooting 11 of 17 from the field overall. Currently averaging 22 points on 53% from the field and 44% from deep since returning from an injured absence, he’s shown no rust and it’s clear the Knicks have desperately lacked his prowess. Whereas Kristaps Porzingis hasn’t been able to display more of that early season dominance in the new year, there’s no doubt having Hardaway Jr. alongside him once again takes some of the pressure off.

Hardaway Jr. led the way and paced the Knicks on offense. With his former collegiate teammate Trey Burke also getting minutes in the crunch time, the two displayed much of that familiar chemistry and New York looked to have a good rhythm scoring the ball. After all, Hardaway Jr. never quit and he’s appeared dedicated to proving he hasn’t missed a beat despite missing over a month of play. But alas, the Knicks’ struggles clearly weren’t on offense. Instead, they almost lost this one on account of some very poor defense with the game on the line.

Heading into halftime trailing by six, the Knicks had great difficulty containing Rudy Gobert down low. Known for his defensive skills, the Jazz star lit New York up 23 points on 7 of 10 shooting from the field. The opposing big man used his physical frame to back down Kristaps Porzingis, attacking the basket rather aggressively. Porzingis didn’t know how to handle him and committed five fouls in the contest. If a few more of Gobert’s shots from the charity stripe had fallen, this game would have ended very differently. With Jeff Hornacek strategizing to give Michael Beasley consistent minutes, Porzingis has played more at the center position and it hasn’t been pretty.

Hardaway Jr. could only carry the Knicks so far and so much. Though New York roared back to secure a late game lead, they almost saw it all fade away with time expiring in the fourth. The Jazz kept fighting. With the Knicks clinging to a three point lead, Utah had four open looks (count them, four) at a game-tying shot with under a minute left. Given how many opportunities there were, one could argue that the Knicks simply got lucky to run away with a win.

But at this point, the Knicks will take luck. They’ve struggled on the road all season long. Taking two out of three thus far, with some favorable matchups the rest of the way, could perhaps give this team the necessary momentum to charge back at reclaiming a .500 record. Time will tell.