Islanders pick up point in overtime loss to Coyotes 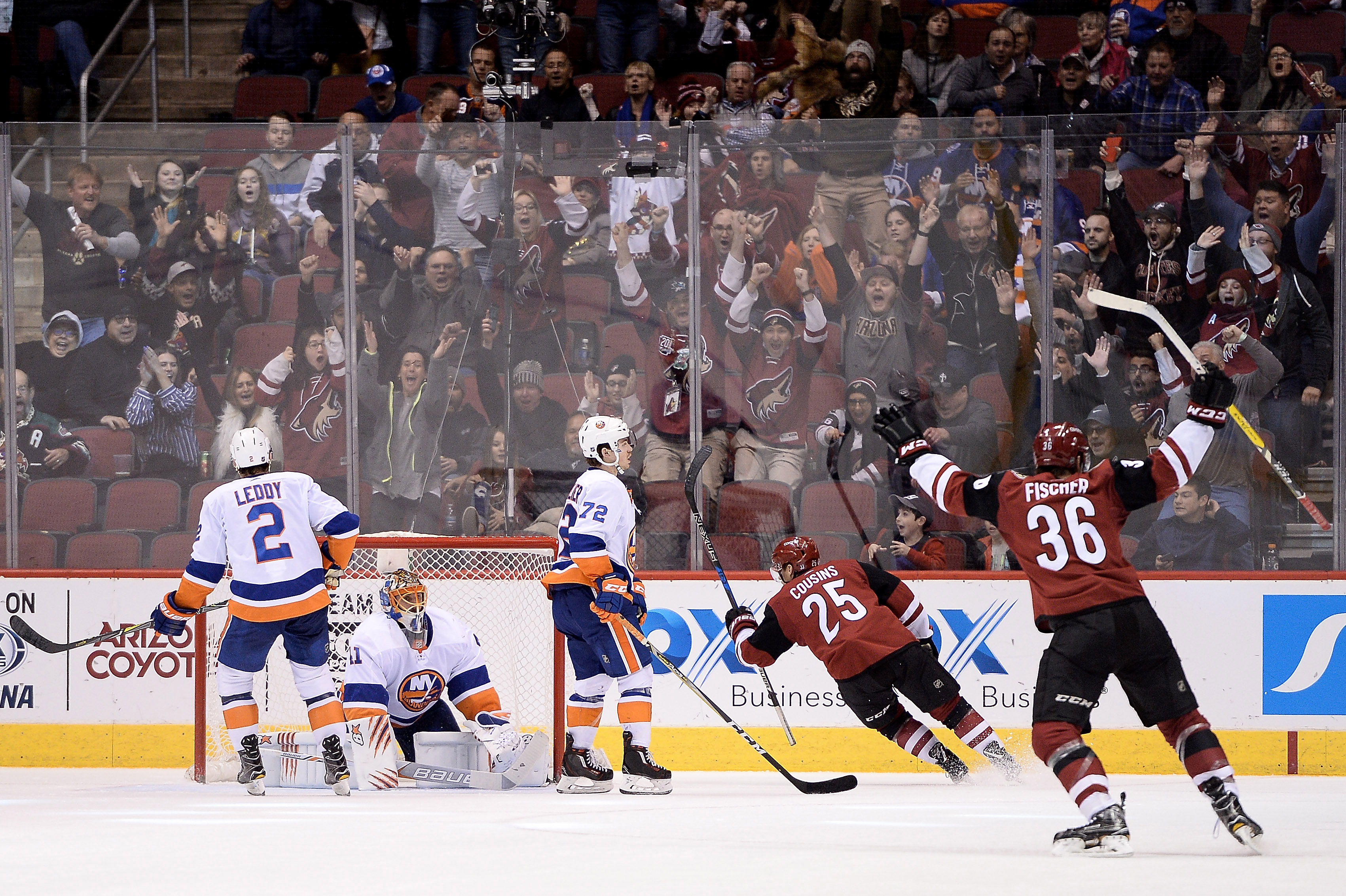 Islanders pick up point in overtime loss to Coyotes

The Islanders left Glendale, Arizona with an important point in the standings, but would have liked to have had two.

New York came from behind twice, but Nick Cousins’ second goal of the night 2:21 into overtime dashed any hopes of that and sent the Islanders packing with a 3-2 loss. The lone point pulled the Islanders even with the New York Rangers and Pittsburgh Penguins at 53 points, but two would have moved them back into playoff position.

Christian Fischer set up Cousins’ with a pristine pass to the front of the net and Cousins’ put the puck past starter Jaroslav Halak. The Islanders’ goalie made 30 saves in the losing effort.

Monday’s overtime loss was the Islanders fifth of the season and continued their struggles in the desert. The Islanders were 3-9-2 against the Coyotes in Arizona entering the game and had not had a regulation win there since 2014.

The Islanders got off to an inauspicious start, putting just three shots on goal in in the first period and allowed the opening goal at 12:20. The goal was a soft one from Cousins and put the Islanders back on their heels.

Anthony Beauvillier helped the Islanders push back 34 seconds into the second period. Josh Bailey sent an outlet pass to Beauvillier, who had his initial shot stopped but put his own rebound into the net to tie the game.

That only lasted until midway into the second when Brendan Perlini scored to give Arizona back the lead. A shot from the point by Luke Schenn was deflected past Halak by Perlini in front of the net.

Beauvillier evened the score once again in the third period. The goal was Beauvillier’s 12th of the season and his eighth goal in his last seven games.

The Islanders have managed to pick up points in the first two games of a three-game road trip out west. The Islanders have one more game before the NHL All-Star break, but picking up any points against the league-leading Vegas Golden Knight will be a tall task.