Can Rick Porcello Break This Trend in 2018? 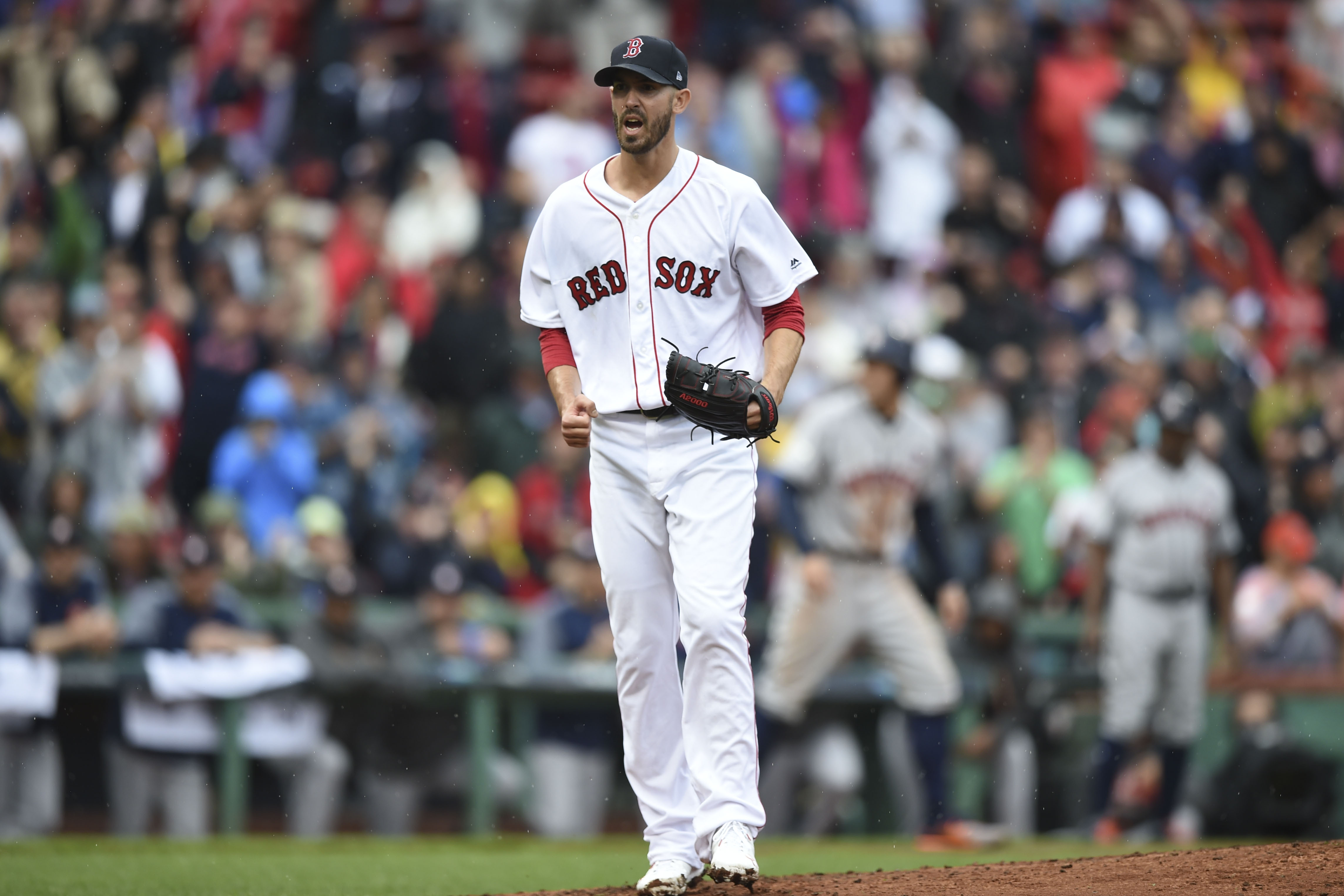 Can Rick Porcello Break This Trend in 2018?

Despite dealing with a number of injuries, the starting rotation for the Boston Red Sox was one of baseball’s most productive units in 2017. Sure, Chris Sale‘s 7.7 fWAR was the main contributor to their cumulative 17.0 mark, but guys like Drew Pomeranz and Eduardo Rodriguez both positively added to the bottom line.

Most of Boston’s focus this offseason has been their pursuit of J.D. Martinez, but what if it doesn’t work out (even though it really should)? If no deal actually comes together, there will be pressure on the pitching staff to once again perform as one of baseball’s best units.

Either way, Porcello will be hoping to bounce back from a tough 2017 on a personal level. To make that happen, he’ll either have to break a couple of trends, or learn how to perform despite them.

We’re talking about his ground-ball rate and fly-ball rate. Here’s a look at the year-by-year progression over the past five seasons.

The results here are pretty obvious — Porcello has gone from being a predominantly ground-ball pitcher to just about the complete opposite. And yes, he still experienced great success in 2016 despite that declining ground-ball rate, but it’s also because the right-hander had a handle on the quality of contact he was allowing.

That’s not necessarily something he’s been able to claim during the rest of this five-year span.

If we’re getting technical, Porcello only had a real problem with allowing a ton of hard contact this past year. However, outside of 2016, his hard-hit rate allowed has followed a similar trajectory to the batted-ball events highlighted above.

The below table shows the year-by-year progression in this department, along with how his SIERA changed with each season.

Porcello has never been a huge swing-and-miss kind of pitcher — his career 16.6% strikeout rate (just over 20.0% with Boston) and 7.8% swinging-strike rate are proof of that. How he controls the zone is important (he’s walked hitters at a 5.4% rate for his career), but it’s also his placement of balls within the strike zone that’s equally important.

Clearly, he didn’t have that same control in 2017.

Another thing that stands out about Porcello’s season is that the effectiveness of his pitches (via FanGraphs‘ pitch values) went down across the board.

As with most pitchers, everything starts with the fastball. The right-hander’s sinker and four-seamer were his two most commonly used pitches last year, but opposing hitters posted a 157 and 112 wRC+, respectively, against those offerings. That’s a drastic difference from 2016 (120 wRC+ vs. sinker, 53 vs. four-seamer).

Porcello’s wRC+ allowed was higher than the year before for each pitch, but it’s interesting to note what happened with his changeup. He threw it just 8.3% of the time, which is a career low and the first time it’s been below 10.0% since 2010. After holding hitters to a .140 ISO and 50 wRC+ with this pitch in 2016, those numbers jumped to .276 and 170, respectively, this past year.

He ended up favoring his slider and curveball more as a result of this downturn in changeup usage, but as we can see, that didn’t go too well.

Regardless of how the J.D. Martinez situation pans out, Boston also needs a repeat performance from the pitching staff in order to compete with the New York Yankees and the rest of the American League’s elite. That not only means more domination from Sale and solid production from Pomeranz, but also a healthy Price and some kind of return to form by Porcello.

The batted-ball trends we’ve seen over the past five seasons are important because it’s possible he could be turning into a different kind of pitcher for the second portion of his big league career. It seems as if the 2016 and 2017 campaigns represent opposite ends of the spectrum. Can Porcello produce more in the middle of these two extremes if the ground balls don’t come back in bunches?

That’s the question he’ll need to answer every time he takes the bump in 2018.