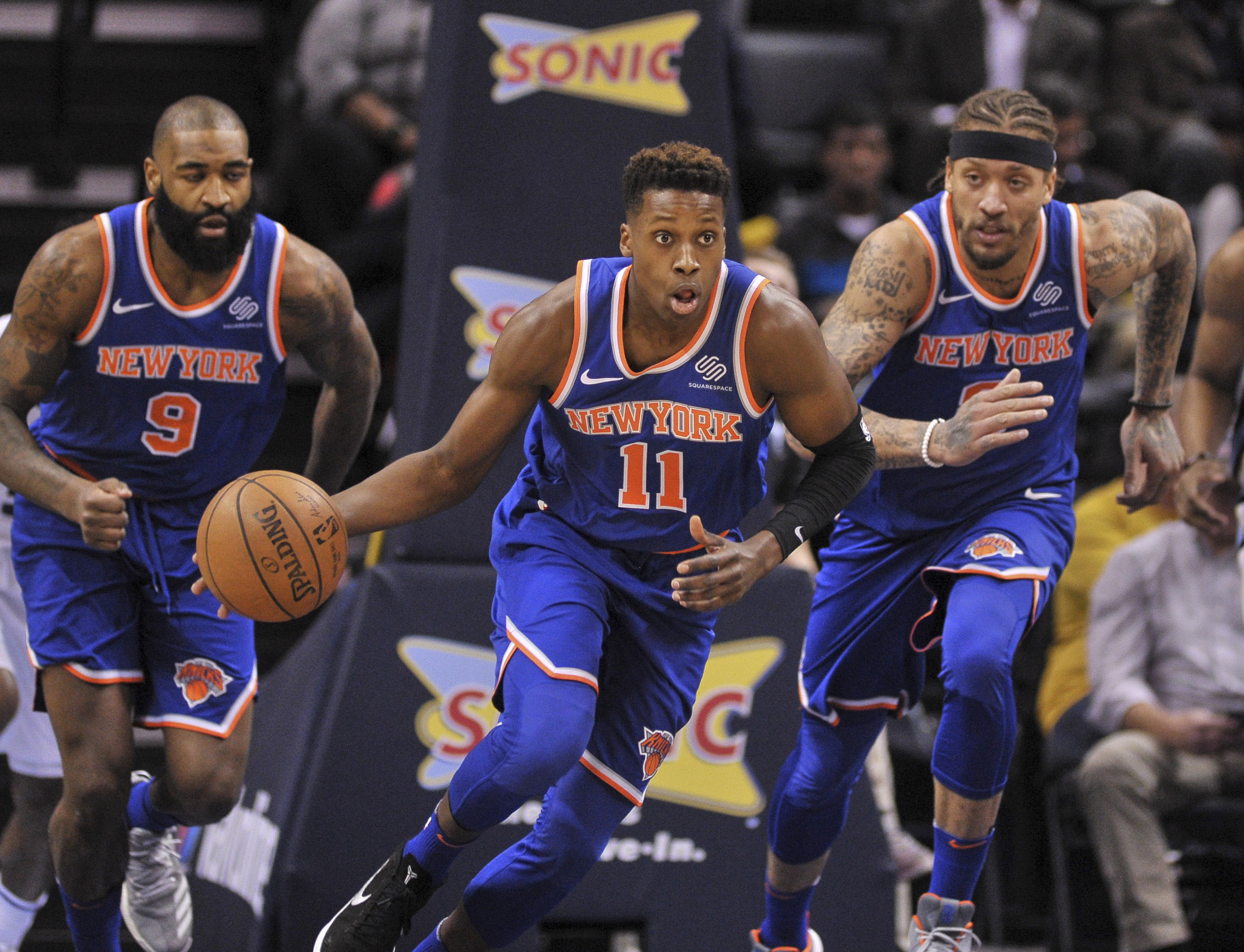 Just one day after Kristaps Porzingis was named to his first NBA All-Star Game (following two consecutive appearances at the Rising Stars Game), it’s been revealed that Knicks rookie Frank Ntilikina will take the first step in following in his teammate’s footsteps.

The 19 year old will officially be traveling in style to Los Angeles with Porzingis for 2018 NBA All-Star Weekend, representing in orange and blue during the “Mtn Dew Kickstart Rising Stars” Game. An intriguing prospect from France, Ntilikina will appropriately take the court for the “World Team,” joining forces with a slew of other international talents including Joel Embiid, Ben Simmons, and Jamal Murray.

Filling a reserve role for the Knicks so far this season, it’s clear the team is taking the slow and steady approach while exercising patience with Ntilikina. Currently averaging 5.4 points, 3.4 assists, and 1.1 steals on the campaign, it’s safe to say the youngster has experienced his fair of growing pains thus far. He isn’t ready to lead the way just yet, proving to be overzealous defensively and a bit careless with the ball. His instincts will need to improve as he comes into his own as someone who can potentially run an offense. Still, he has shown flashes on brilliance on both ends of the floor, tallying 7 or more assists nine times and grabbing 3 or more steals a total of six times this season.

Hopefully such an acknowledgement of his potential will prove to be a confidence booster for the young gun. It’ll be nice to see Ntilikina potentially let loose and push the pace a bit with his fellow prospects. His selection is a nice way to reward the passion Knickerbocker fan base in lieu of the underwhelming season.