The last second shot: Sometimes you just have to make the fundamental play 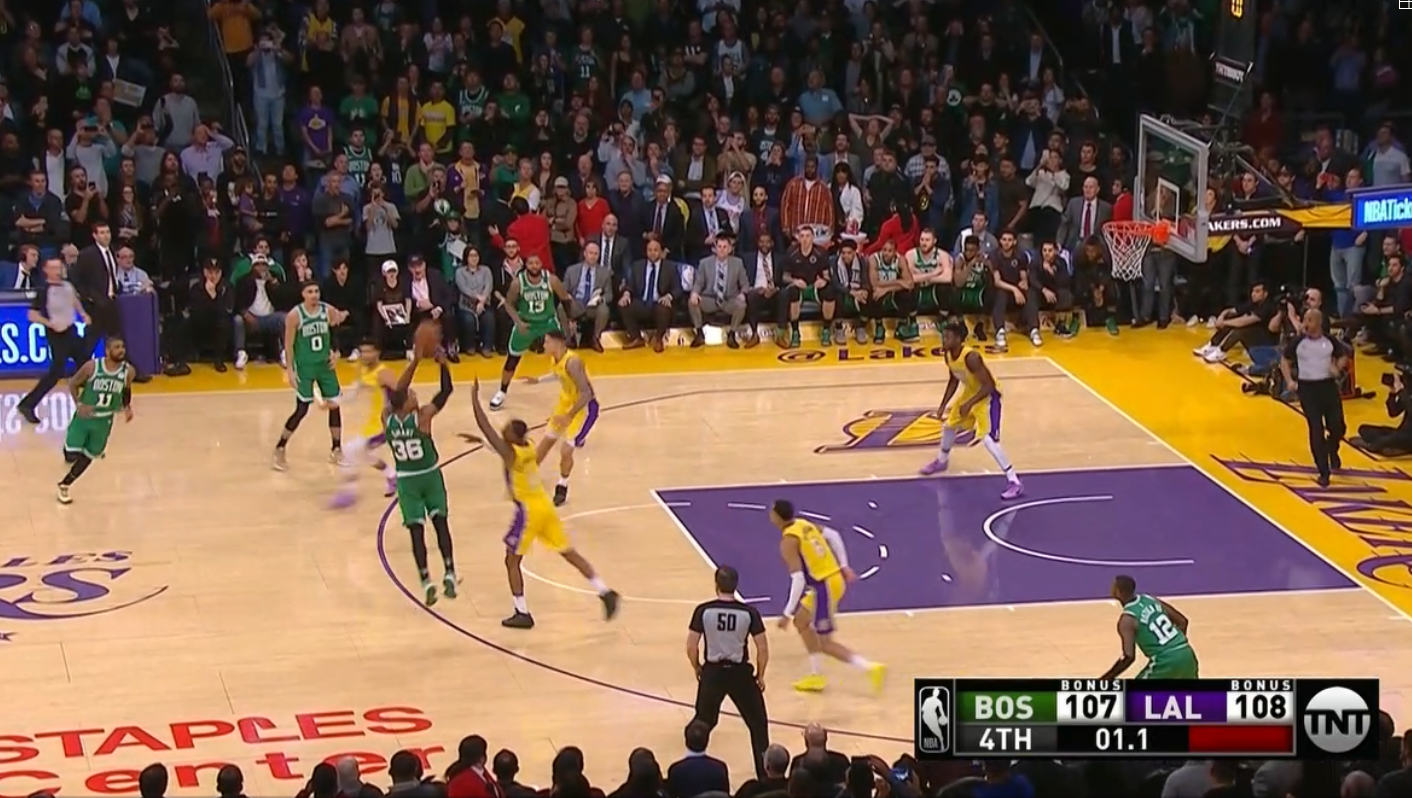 The last second shot: Sometimes you just have to make the fundamental play

We celebrate guys like Tom Brady who defy the odds over and over again to win games that seem hopelessly lost. We celebrate them so much that even guys who aren’t really great get elevated if they find themselves in those situations enough times.

Robert Horry is an unremarkable journeyman who averaged 7 points per game while shooting 42.5% from the field… except he has a highlight reel of clutch shots in the playoffs. No one cares that he got those shots because his defender was always leaving him to help or double on a much better player. Horry got the ball and he made the shot, making him a sports hero.

Player want to be sports heroes. That’s why we call it hero ball when Marcus Smart eschews basketball fundamentals to go the length of the court and launch a 3 when he’s the worst shooter on the floor and his team is down 1.

For all the winning plays Smart makes, there’s a hero ball gene in him that spasms whenever the shot and/or game clock is about to run out. Smart’s heaves are funny… until the mentality behind them costs the Celtics a chance to win.

The conundrum with Smart is that he was one of the biggest reasons the Celtics even had a chance to win last night. That’s what makes him so impossible to value in his impending free agency. Smart’s confidence, tenacity, and willingness to win at all costs consistently puts him in position to, as they say, impact winning. He can do things like goad James Harden into two offensive fouls to fuel a ridiculous come-from-behind win. He’ll defend Kristaps Porzingis and not get backed down in the post.

Then his hero ball gene kicks in and we have what we saw last night. When the presence of mind to make the simplest play, an outlet pass up court, he couldn’t bring himself to do it.

It takes him 1.4 seconds to get to the top of the key. Terry Rozier is (and has been) waiting for the pass up the right sideline

Smart crosses half court with 2.8 on the clock.

I’m going to pause right here to illustrate a point.

The ball always moves faster than people do, especially when people are dribbling. It took Smart almost three full seconds to dribble up the court. Now watch this benign rebound from earlier in the game.

So Marcus Smart dribbling in a straight line at full speed covered about the same ground in about the same time as three guys touching the ball and casually advancing it.

The ball ALWAYS moves faster than people do. It’s one of the first fundamental rules a basketball player learns.

Getting the ball up to Rozier doesn’t mean Rozier is taking that shot. It does mean the Celtics get an extra second or so to get an open look somewhere. It also forces defenders to move, further increasing the chance another Celtic can spring himself open for a jumper or back-door layup. It ALSO gives Boston a chance to throw a second or third pass, even further increasing the chances of a better shooter getting a better look against a scrambling defense.

At this moment, though, it’s too late. Smart lost control and while he could fire it to Tatum for a Curry-level deep 3, the story is basically written. This is going to be Smart’s shot, and all we can do is hope the magic he captured from earlier in the game will carry through.

It didn’t, of course, and at the end Smart knew exactly what he’d done wrong.

He hunched over, put his hands on his knees, and swayed slightly as he stared at the floor for nearly 10 seconds after the final buzzer. A minute later, he found Kyrie Irving and simply said “my bad.”

Basketball players make hundreds of decisions a game. Each little one changes the course of the game somehow.

A back cut somewhere might clog a driving lane which forces a teammate to take a jumper or pass it off… and who knows what the leads to. Maybe it’s a made jumper? Maybe it’s a turnover? Maybe it ends up in someone’s hands for a career-defining highlight play?

Who knows? Basketball is full of butterfly effects and since we can’t rewind everything and see what the other options would bring, we can only guess.

And I’m guessing that a simple outlet pass to Terry Rozier starts a chain of events that leads to a better shot than off-balance Marcus Smart three.

Sometimes you just have to make the fundamental play.