Brace Yourselves, Sixers Fans, because a Run is Coming 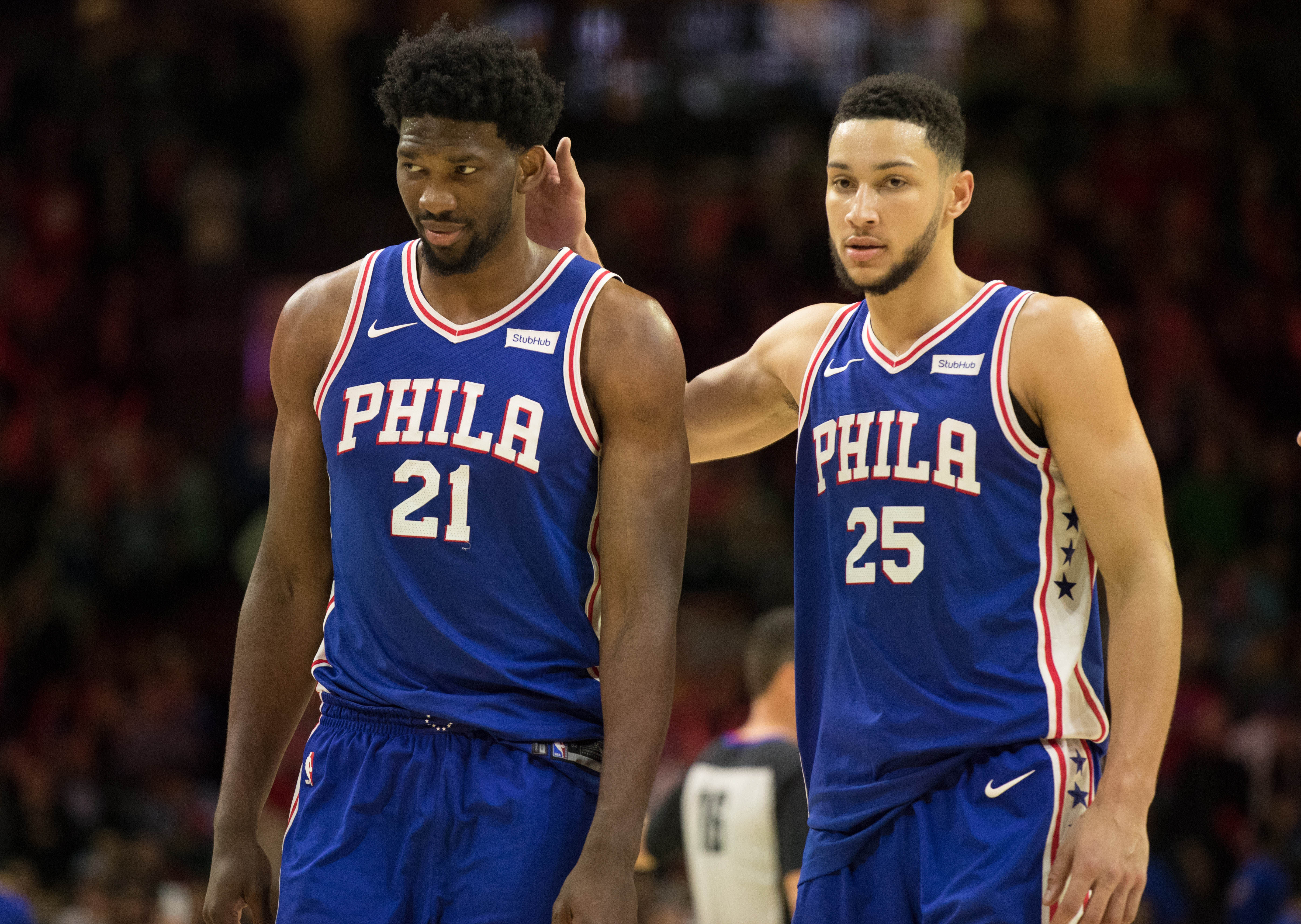 Brace Yourselves, Sixers Fans, because a Run is Coming

We’re nearly there, Sixers fans. We’ve nearly reached the halfway point of the 2017-2018 season, and the Philadelphia 76ers have done admirably well — or mildly disappointing depending on your position. After Wednesday night’s 14 point win over Chicago, the Sixers are 23-21. The over/under for wins was 42 ½. Admittedly, yours truly took the under because my educated guess was a final record of 42-40. For me to be 100% correct, the Sixers would have to go 19-19 the rest of the way.

It’s absolutely plausible the Sixers play less than .500 ball the rest of the season. That wouldn’t surprise anyone. Something else is also possible. Can the Sixers actually go over 42 wins this season?

The Sagarin ratings — developed by Jeff Sagarin, a statistician from MIT — are the perfect way to frame this argument. The Sagarin ratings themselves are a mathematical algorithm that attempts to predict how many points a team will score against a specific virtual opponent. As of January 24th, the Sixers are 8th in these rankings — which you can view on USA Today. They also have an interesting piece to them: schedule difficulty. The Sixers have played the 2nd most difficult schedule in the league, and the team is 23-21.

To put in perspective, the Dallas Mavericks have the #1 schedule in terms of degree of difficulty, and they’re 16-32. Granted, the Mavericks don’t have the talent the Sixers do, but there’s still something to be considered in that statistic.

The Sixers have a very friendly schedule in February. Here’s the list of teams they play: Miami (3x), Washington (2x), Indiana, New Orleans, the L.A. Clippers, New York, Orlando, and Chicago. Seven of those games are at the Wells Fargo Center where the team is 12-10. Four of those teams are currently playoff teams — five if you think the Clippers will be a playoff seed by the time the Sixers play them on February 10th.

Within that list of games, the Sixers have the talent to go at least 6-5 against those teams in February. Here’s the thing, though: they’ll probably do a lot better than that. They play Miami three times, and they have been sans-Dion Waiters since December 22nd. They’re 10-5 without Waiters, but the Heat haven’t scored as much. The Washington Wizards are in a tailspin and are falling fast. Indiana is good, but not as good as the Sixers. New Orleans COULD beat the Sixers — especially if both Boogie Cousins and Anthony Davis are having good nights. The Clippers are “meh” — as are the Knicks. Orlando is terrible, and the Bulls got beat by double-digits two nights ago.

At worst, the Sixers should go 7-4 during the month of February. They won’t go 11-0 because the NBA gods (or refs) won’t allow the team to go on an 11-game winning streak. A record of 8-3 would be my best educated guess with losses against Miami, New Orleans, and maybe Washington. (The Wizards are actually tough at home.)

The Sixers finish January on the road playing San Antonio, Oklahoma City, Milwaukee, and Brooklyn. Be conservative and believe they’ll go 2-2 in that stretch (3-1 with a win in San Antonio if you’re feeling frisky). That puts the team at 25-23 going into February. If the team goes 8-3 next month as outlined, that’s a 33-26 record — good enough for as high as fifth in the Eastern Conference. They can carry that momentum into another schedule friendly month of March where they only play a total of four playoff teams. The rest of March is rounded out against the Charlotte Hornets who may lose Kemba Walker, the Nets, and the Knicks.

Yes, the Philadelphia Eagles will get the bulk of Philadelphia sports coverage in the beginning of February, but the Sixers will have ample chances to carry good feelings and vibrations past February. If Markelle Fultz ever suits up this season, that turns the feeling from good to bedlam. The Sixers have dealt with the meaty bulk of their schedule, and the next two months should be an easy to scoop dessert that settles the stomach for the playoff run.