Your Morning Dump... Where The Celtics Look to Turn Things Around 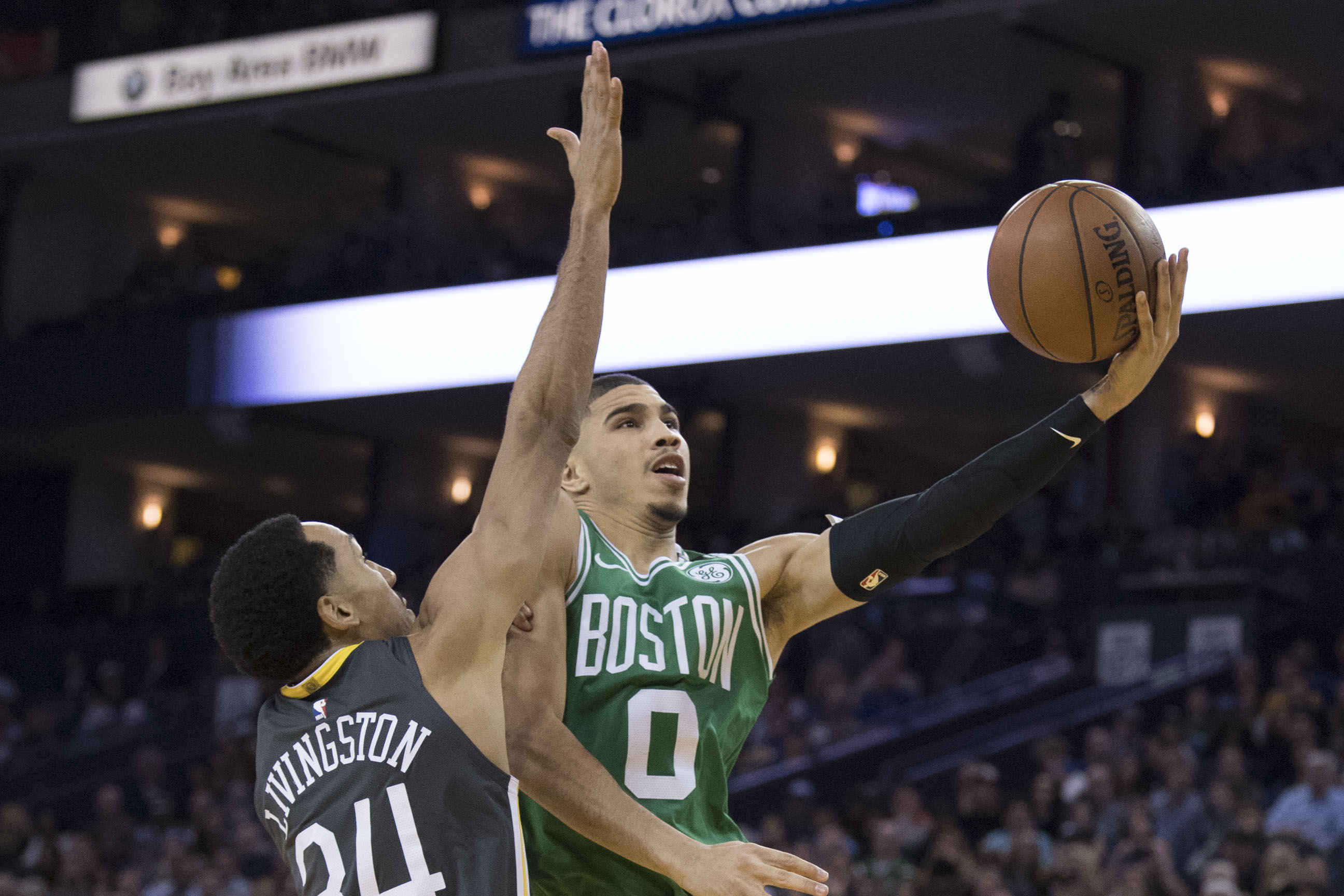 Your Morning Dump... Where The Celtics Look to Turn Things Around

The Celtics were a little wavering when the Warriors got into gear, but better teams than Boston have been staggered by this collection. They made their mistakes — too slow to Curry here, too careless with the ball there — and they paid for them. But even with Marcus Smart absent and Tatum suffering through a 2-for-9 night, they stayed the course.

“Having a young group, it’s one of the things we need to learn, to be more consistent,” said Al Horford. “We’ve done it a lot at times this season, but for some reason in the past two weeks, we haven’t been playing at the level we need to.

“I think that [Saturday] is a great example that if we’re locked in and engaged, we’re going to put ourselves in position to win a lot of games. Hopefully we can build from this. Monday will be a big challenge for us up in Denver, but we have a great opportunity to go out there and finish the trip 2-2.”

Most every team goes through lulls, but it’s hard to believe the team on the floor in Oakland was the same one that had lost at home to Orlando a week ago.

“We haven’t played to this intensity in a while, so I think it’s a positive note seeing everybody locked in and engaged out on the court.”

Golden State’s 109-105 win on Saturday night was Boston’s fifth loss in six games. Despite the recent struggles, there’s no panic in beantown. In fact, the team seems encouraged after its narrow loss to the Warriors.

We haven’t seen any “the Celtics NEED to make a trade” or “this team shouldn’t be taken seriously” columns (yet). With the trade deadline looming, the media hasn’t put pressure on the team to upgrade the roster, and the Celtics haven’t been active in trade chatter.

The national audience was dazzled by Saturday night’s Kyrie Irving/Steph Curry duel. Both teams fought for the full 48 minutes. Kyrie and Curry weren’t stat-padding or putting up empty numbers, their teams needed them to score. With both defenses sticking with shooters and leaving the middle of the floor open, the two superstar guards had ample space to work with, and took an “anything you can do I can do better” approach.

Nobody’s criticizing the Celtics – if anything, they’re getting praise for keeping the game close, and for staying competitive despite missing Marcus Smart. It was probably their best performance since the January 11th London game.

Some of the Celtics lingering problems have caught up to them over the past few weeks. Their outside shot’s aren’t falling, Tatum hit a mini rookie wall, the team can’t score without Kyrie, and they’re playing with less energy. But against the Warriors, Boston looked more energized than they’ve looked in over a month.

They face the Nuggets tonight and the Knicks and Hawks later this week. They’re still at the top of the East, but here’s their chance to build on momentum and get a winning streak going into the all-star break.

Page 2: Where The Celtics are Interested in Tyreke Evans

Not confirmed. But don't be surprised if Tyreke Evans is moved to Boston

Evans is averaging 19.4 points per game — his best scoring rate since his rookie season — and shooting 38.8 percent from 3-point range. He’s also capable of playing both guards positions and even small forward at 6-foot-6 and 220 pounds.

Evans will be an unrestricted free agent in July, and his $3.29 million salary would fit into the $8.4 million designated player exception the Celtics received as a result of Gordon Hayward’s injury.

Ronald Tillery, a Grizzlies Beat Reporter for the Commercial Appeal, believes the Celtics could acquire Tyreke Evans before the February 8th trade deadline. It makes sense. Evans is having a renaissance year for the struggling Grizzles, who hoped to compete for a playoff spot before the season, but have sputtered since the firing of Coach David Fizdale and injuries to Mike Conley.

Teams like the Cavs, Rockets, Thunder, and Wizards would all be interested in acquiring Evans as an off-the-bench sparkplug. He won rookie of the year in 2010 after averaging 20 points, 6 assists, and 5 rebounds, but hasn’t replicated that production until this season. Like Eric Gordon last year, Evans is enjoying a mid-career resurgence, and it could continue if he finds a good situation going forward.

I’m indifferent towards Evans. Yes, he’d provide some playmaking and secondary scoring, but I’m fine with Smart, Rozier, and Larkin holding down the guard minutes while Kyrie sits. He’ll certainly outperform his $2.3 million salary and command a more lucrative contract in the offseason, no matter what team he plays with.

The Celtics have an $8.3 million exception from Hayward’s injury, and it’s still unclear if they’ll use it. It makes no sense not to use it, but if Danny Ainge prefers the younger guys get rotation minutes, he’s not gonna pay someone all that money for a quarter season of service.

Preferably, I’d like to see the team use the exception on a younger big, someone who has potential but hasn’t been in a great situation. Nerlens Noel would be ideal. But it’s still unclear whose gonna be available. Tyreke Evans is a decent option, but I’d be surprised if the Celtics went all in to acquire him.

Boston Globe: What We Learned from Warriors Loss

WEEI: Time to Feel Good About the Celtics Again

NESN: Why Celtics Fans Shouldn’t Hold Their Breath on a Hayward Return