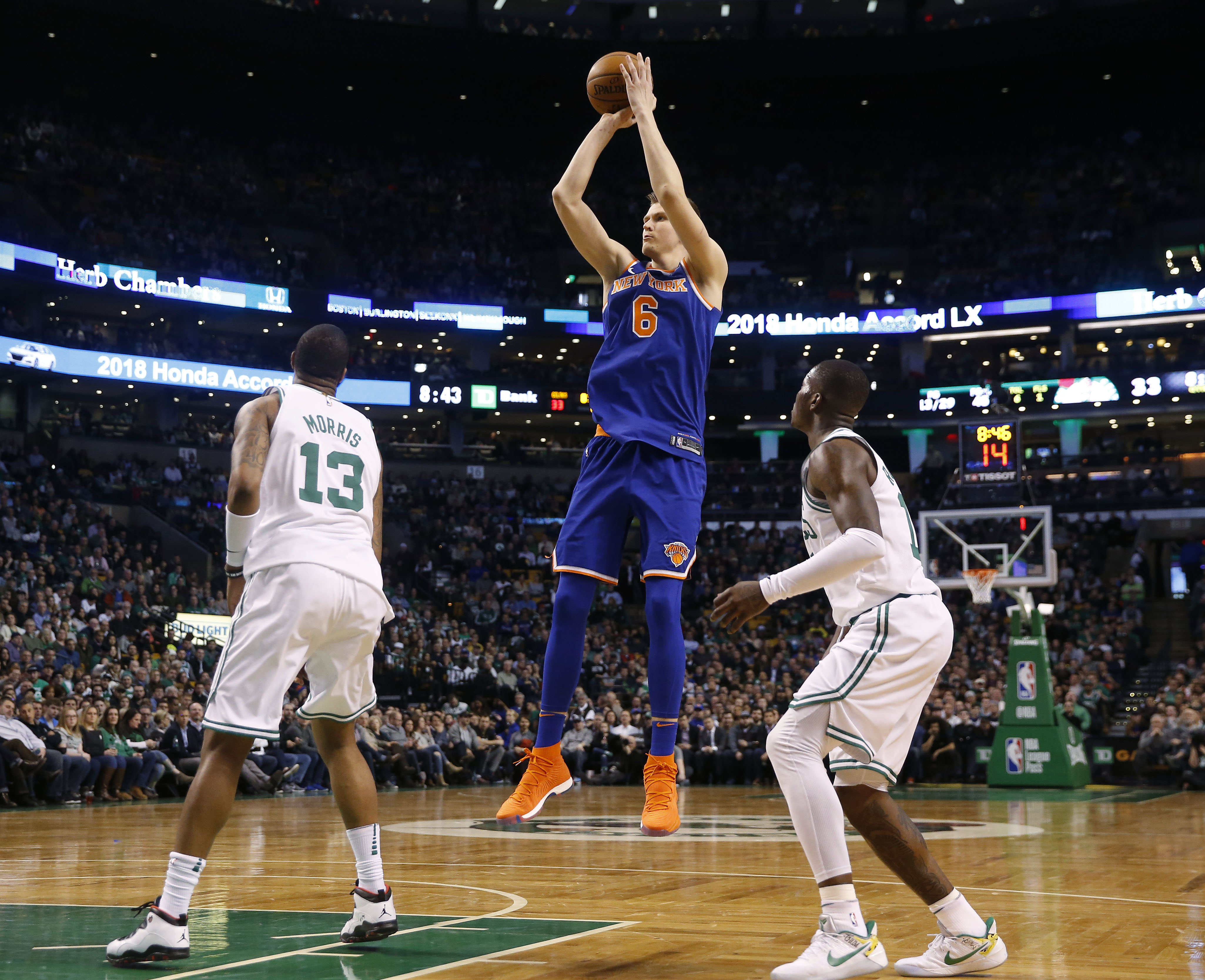 At 7’3″, Kristaps Porzingis has lived up to his “unicorn” persona by shooting the lights out all season long. The big man has been recognized as a first time NBA all-star this season, and rightfully so. Porzingis has shot 44% from the field, 40% from deep, and 81% from the charity stripe. He’s a true marksman from all across the court. Because of such prowess, the 22 year old will truly be a busy man during All-Star Weekend.

Before Porzingis has the chance to represent #TeamLeBron and rub elbows with the top talents in all of the NBA, he’ll first defend his title of sorts at the 2018 Taco Bell Skills Challenge. He’ll battle against fellow all-stars Joel Embiid and Al Horford, and fellow local product Nets’ guard Spencer Dinwiddie, to name a few. Take a look below for last season’s winning performance.

It’s always nice for the NBA to tap into the Big Apple market and reward the area’s top talents for specialized skills. With that in mind, it’s a tad bit surprising to see Courtney Lee not be given the honor to participate in the annual Three-Point Contest. Lee’s career-high 43% from deep is high amongst league leaders and has given way to a career-high 13.4 points per contest. At 32 years old, Lee isn’t regarded as one of the NBA more intriguing or rising stars. Thus, his selection wouldn’t be the “sexiest” of choices, so to speak. Nevertheless, he would have been deserving. Lee’s sharpshooting percentage places him above participants like all-stars Bradley Beal and Kyle Lowry, in addition to Tobias Harris.