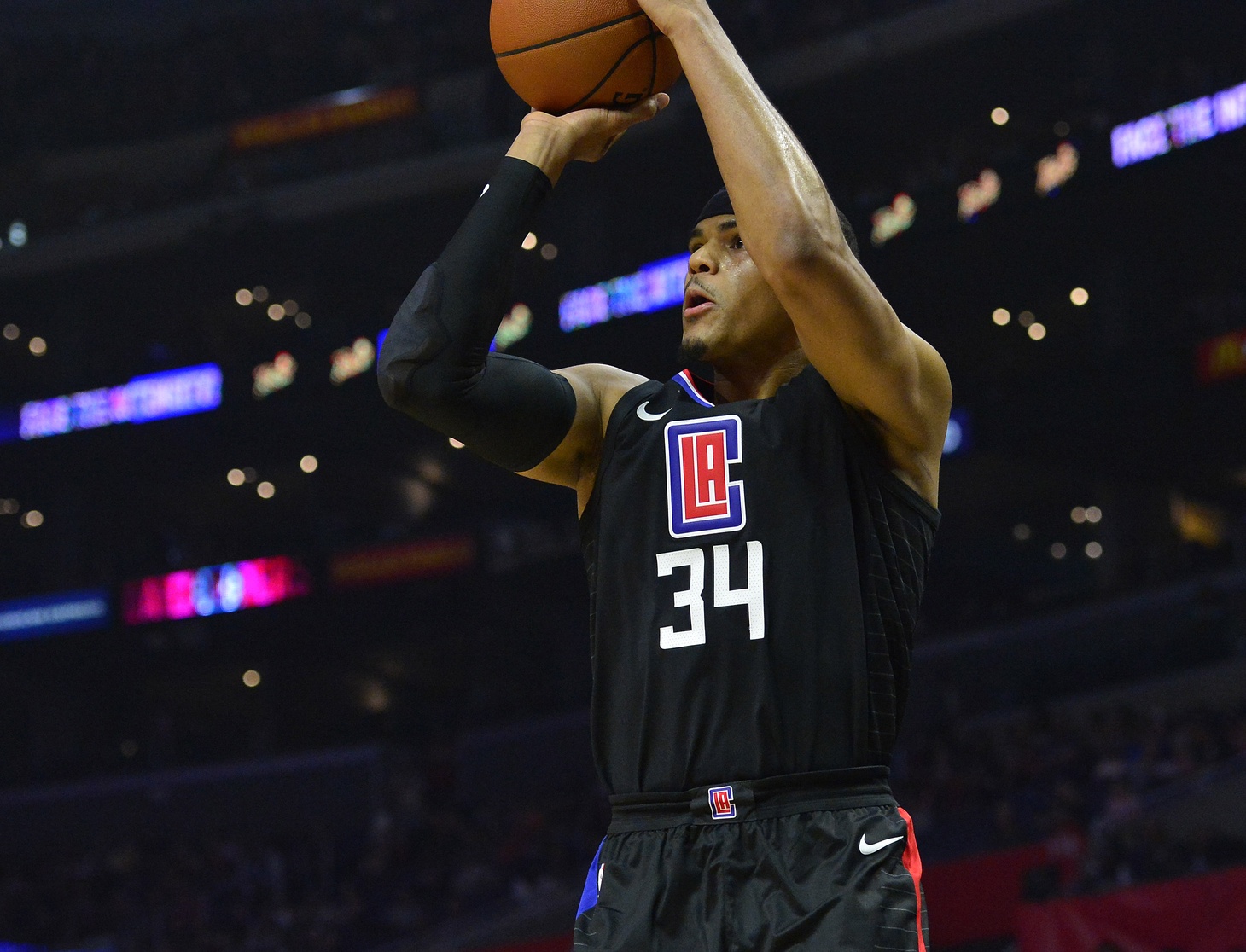 The LA Clippers needed to make a statement win today, and that’s exactly what they did.

Fresh off of a league-changing trade, the Clippers needed a win in order to settle down talks of tanking. Season ticket-holders were upset their beloved Blake Griffin was traded, and wanted a reason to get behind this new look team.

The Clippers’ new acquisition Tobias Harris did not disappoint today.

Harris led the team with an efficient 24 points (10/19), 4 rebounds, and 2 assists. He made the first basket of the night, scoring a three-pointer in the first 30 seconds of the game. There were moments where you could tell he needed time to adjust, but he looked comfortable out there. We caught up with him post-game.

Harris is the 24th player in team history to score 20+ points in their debut for the franchise and the first since Jamal Crawford on 10/31/12. He helped lead the team on the break, where they scored a season-high 33 fast break points today.

While Avery Bradley didn’t have as tremendous of a game as Harris, he still had a very solid debut. Bradley put up: 8 points (4/9), 4 assists, and 2 rebounds.

He’s coming fresh off of an injury and you could tell he’s dusting off the rust, especially during a jumper. When asked about his first game, Bradley stated:

“It was good. I still need to get my legs under me, but I felt like it was a good start for us. We are still getting used to each other ,but I feel like once we learn how to play off one another the sky is the limit for this team.”

Harrell was the MVP for the Clippers this game. He may not have scored the most points, but he had the highest plus/minus on the court. Harrell made continuous big hustle plays that shut down Chicago’s hopes for a comeback. He finished with 13 points, 7 rebounds, and 2 blocks. This block was definitely one of the highlights of the game.

.@MONSTATREZZ nearly sent that ball back to Chicago!! 🚫

The Final Clip: The new look Clippers looked great today. Defensively they were daring Chicago to shoot a lot of threes, which is why this game remained relatively close. Offensively, there remains a lot of work to be done, but the team is faster than ever. They have so many different options to stretch the floor, and create match ups that they never had. Thankfully they play the Dallas Mavericks on Monday, which gives more time to iron out the kinks.