Statistical analysis: Can the Blues solve their scoring woes via a trade? 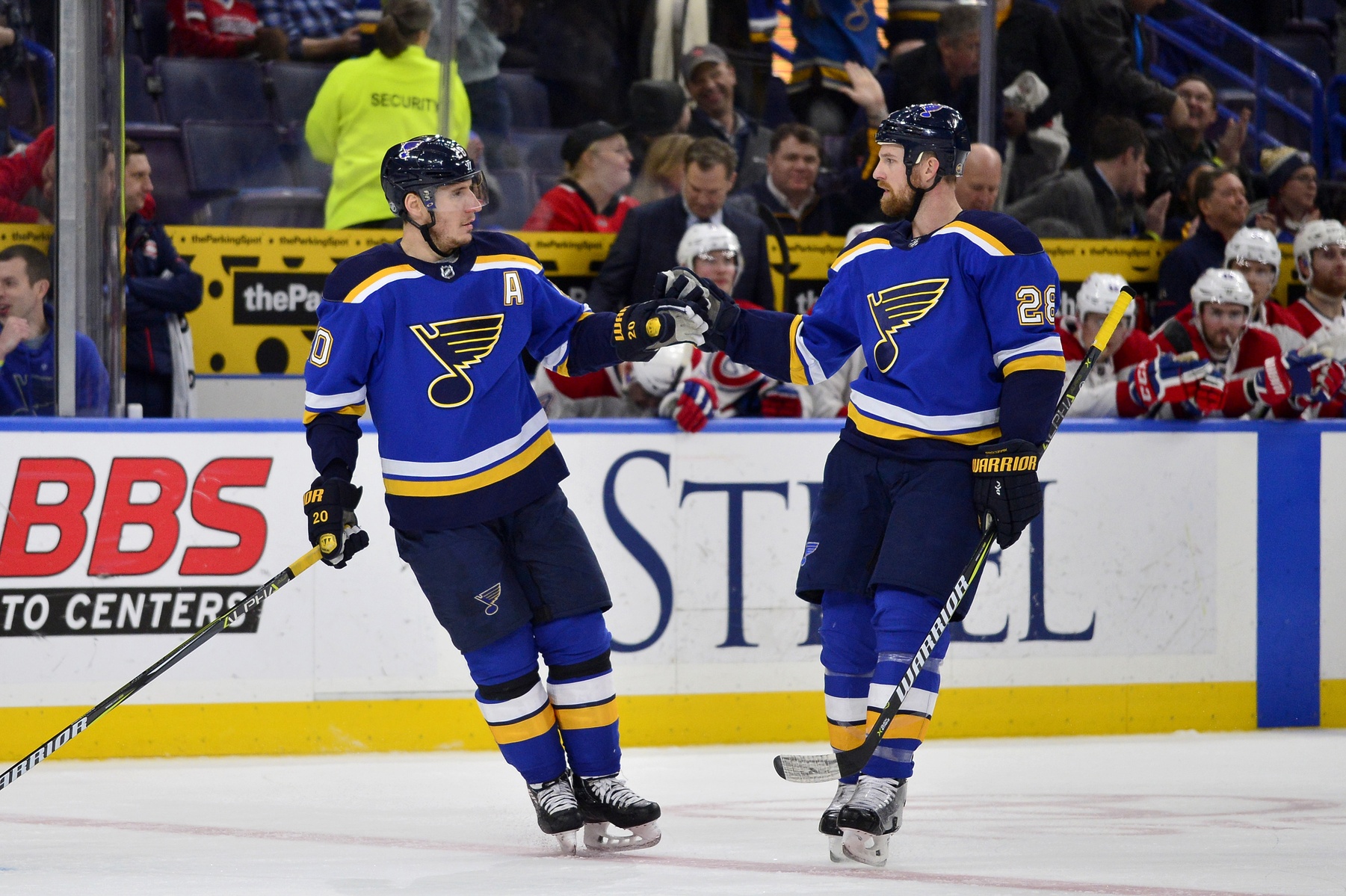 Statistical analysis: Can the Blues solve their scoring woes via a trade?

As David so amply noted in his post over the weekend, it doesn’t matter who is in goal for the Blues if the team is not going to score goals. We’re better than halfway through the season now, so it seems reasonable to say that the Blues are who they are from a stats perspective. They may go on hot streaks like October, or cold streaks like December, but they’ve played enough hockey that it comes out in the wash to some extent.

We’ve also seen a lot of their next-man-up options, some of whom have stuck, some of whom have gone back to the AHL for more seasoning. While there is certainly some interesting potential for the next handful of seasons, none of them seem ready to come in for the stretch run and make a difference now.

So, if the team as constituted isn’t cutting the statistical mustard, and the answer isn’t down on the farm, we’re left with the option of trading for the upgrade we need. Or standing pat, of course, but where is the fun in that?

If I’m opting for brutal honesty, I don’t believe going into this that any of the options that have come up in the deadline trade market are truly the one piece that will change this team in such a way that they fix this problem, with the glaring exception (and vanishingly small possibility) that Doug Armstrong swings a sign-and-trade with the Islanders for John Tavares, whose GM has said he will not be trading at the trade deadline.

First, in a season in which there are 23 players currently playing at a point-per-game pace or better (from a rough eyeball of the list today on NHL.com), the Blues have exactly one of them, and it’s the guy who missed 20 games with an injury. The two teammates who he was regularly dragging along on that PPG odyssey have fallen under the mark in his absence, even if Schenn’s .94 PPG and Tarasenko’s .87 are nothing to sneeze at.

… and then, the numbers fall right off the cliff.

Stastny’s in a decent spot for a second line center, and he’s consistently the team’s best faceoff man (a spot, not incidentally, that Schenn is getting killed at a bit). Sure, we’d like a bit more from our Seven Million Dollar Man, but we’ve long since passed the point that hollering about it is going to help. Similarly Steen, who’s being propped up with his empty net goal markers. We’re getting what we’re going to get there, regardless of any lingering contract-value questions.

Hm… Perhaps I should have said the *first* cliff, because below Stastny and Steen lies the second cliff, which brings us to a menagerie of players who are punching above (Brodziak, Upshall) or below (Jaskin, Thorburn, Berglund, Sundqvist) their weight, plus a couple of young guys with room left to grow (Thompson, Barbashev, Sundqvist again).

With that in mind, let’s take a look around the league for some comparisons. As a team, the Blues are scoring roughly 2.8 goals per game. If you want to look at comps from a team scoring perspective, the other teams that have scored roughly the Blues’ amount of goals per game (ranging from 2.7 through 2.9) as of the 4th of February were: Chicago, San Jose, Minnesota, Philadelphia, New York (Rangers), LA, Calgary and Florida.

The table below has the top nine forwards for each team in the league by points per game, controlled for low games played outliers, and sorted by the Top-6 Average column.

(Team goals per game taken from Fox Sports because it was the first stat sheet I could find that wasn’t going to make me do the math team by team. Individual PPG numbers were taken from NHL.com)

A few other breakouts: The Blues Top-9 Average is good for 9th in the league, as is their Top-3 Average. Their second line-equivalent is actually 8th in the league, even accounting for the drop at Sobotka. And then the bottom three of the top-nine come along and rank 26th out of 31 teams in the league.

The Blues third-line equivalent players, which includes two of the team’s actual fourth liners in Brodziak and Upshall, have combined to create a gaping hole where secondary scoring should exist on a contending team. A stunning revelation, right? The eye test has been telling us that much all year. They’re .05 PPG away from even being league average, a full .1 PPG away from the eighth-best team, and .2 PPG off the Bruins’ league-leading .54 mark. The actual situation is worse when swapping out Brodziak and Upshall’s PPG numbers (.32 and .30) for the actual Top 9 numbers of Thompson and Barbashev (.26 and .24). The result of that experiment is a third line equivalent posting a .29 PPG mark, which ties the Wild for 29th in the league.

Now that we’ve gone far afield and nailed down how the Blues are stacking up against the league in terms of point generation, is there anyone out there in the trade market who can actually improve this situation? And, if so, by enough to make for a meaningful change? Let’s have a look at the potential trade bait, courtesy of this NHL.com article.

It shouldn’t come as a surprise to anyone that even the best of these players aren’t going to modify the Blues Top-3 numbers. That said, what impact would they have if we could slot one of them into the middle six? The next table attempts to answer that, with convenient color-coding for where the replacement slots in.

We can argue about where the cutoff for a useful upgrade is, if you’d like. Plekanec, who doesn’t even enter the top-six conversation, is a non-starter. Similarly Desharnais, who barely budges the needle compared to Sobotka’s output.

I’d put Nash there, too, except, for roughly the same point output as Sobotka, more of his points are goals, and there’s something to be said for having another player who can put the puck in the back of the net at the end of a play. I would worry about what the name recognition premium would be for renting him at the deadline, though, and his overall numbers speak volumes about his decline in recent years.

If the criteria for an upgrade is someone who scores more goals than assists, though, Grabner is also a pending UFA from the same Rangers team, is three years younger, and has an even higher percentage of his total points coming from goals. Of course, he’s also doing it on the back of a 18.6% shooting percentage compared to Nash’s 9.3%, so there’s some level of statistical mirage here for a career 13% shooter. An additional point in his favor, he’s fast. Really fast. A level of speed missing wholesale from the St. Louis Blues fast.

The rest of the list needs less introduction, bringing with them to the second line-equivalent between +.18 PPG (Pacioretty) on the low end to +.31 PPG (Zuccarello) at the top over the player they’d be shuffling down the statistical order. All certainly viable, from a point-production standpoint.

How much do any of them move the needle relative to the league, though? The addition of anyone on the list down to Pacioretty jumps the Blues top six over the Flyers and Avs, if not by much (on the order of even to .03 PPG, depending on the player in question), and moves the top nine in between the two (between the Flyers .63 and the Avs .68). Put simply, even the top end isn’t going to make a massive difference, unless there are extenuating circumstances and synergies to be gained by adding a given player to the Blues roster that we can’t really predict beforehand.

Going back to the all-teams chart, the top six teams in the league are getting roughly .7 to .8 PPG average out of their top nine, .84 or better out of their top six, and .95 or better out of their top three. No single one of the available forwards from this list make that gap up by themselves, with Zuccarello and Vanek coming closest. But, let’s say that rental prices aren’t absurd (Ha! A likely story…). For curiosity’s sake, if the Blues were to rent both Vanek and either Kane or Grabner, or rent Vanek and make some kind of hockey trade for Hoffman or Pacioretty, does that move the needle enough?

Yes and no. None of those four potential move pairs (Vanek + X) really bumps the top six number substantially over just making any one move for a red or orange marked forward. Taking on two does, however, have the trickle-down effect of raising the top nine in total within shouting distance of everybody but the Lightning and Bruins.

So, at the end of the day, you have to ask yourself one question: Are the assets that the Blues would have to part with to get two players at the deadline worth it? That’s awfully dependent upon what said assets actually are, but given that even at the top end of the available talent, it’s not moving the team into the range of the truly elite teams in the league, my personal answer is “No”.

To answer the actual question of the article, though, yes, there are potential improvements for this year’s Blues team goal scoring in the trade market. If Doug Armstrong is in such a market, looking at the rentals available from the Rangers (Grabner, Nash) and Canucks (Vanek) is a reasonable option. Just don’t go hoping for a night-and-day difference.