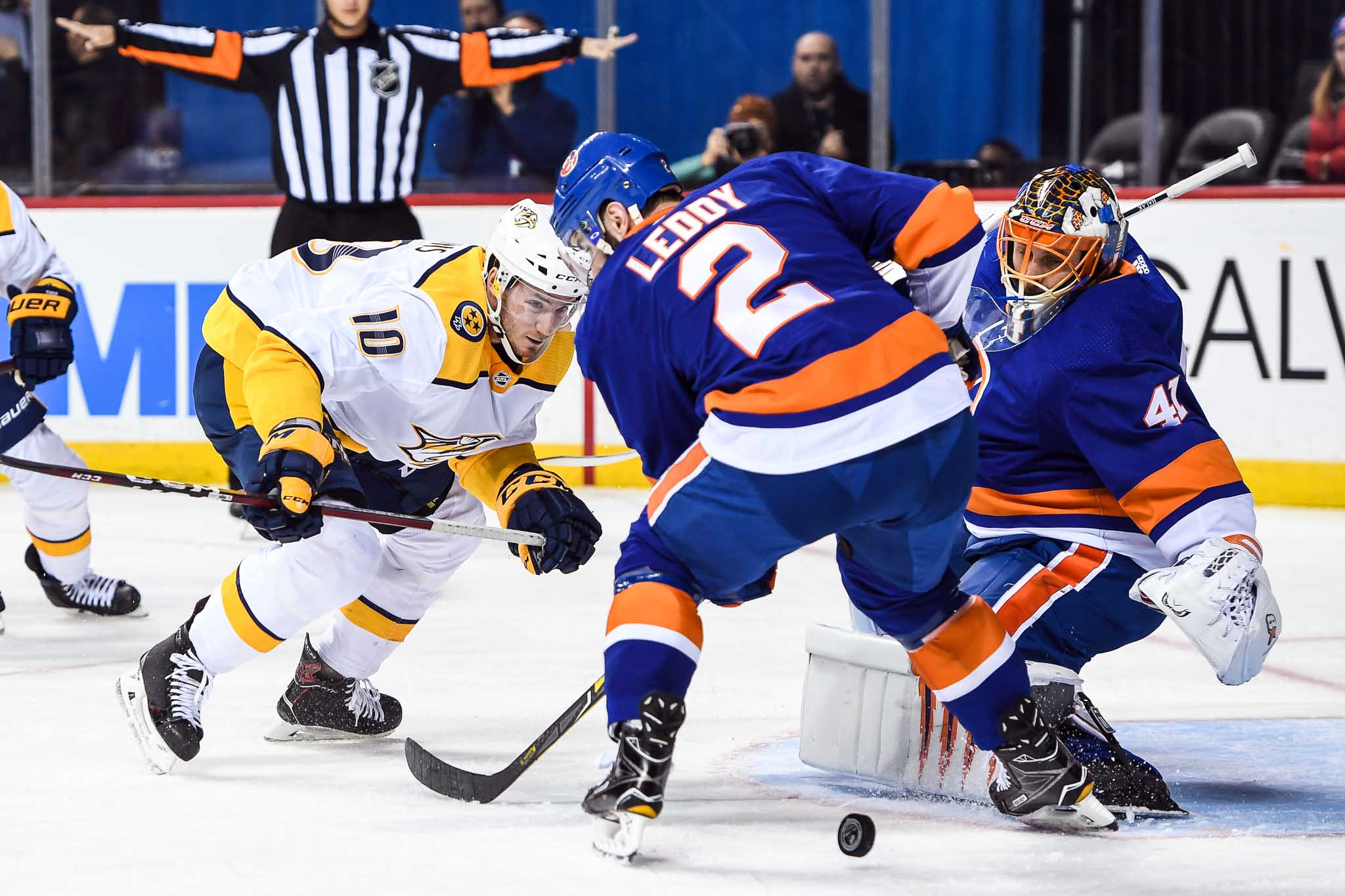 Islanders head coach Doug Weight was real clear about how he felt about the high volume of shots his team had given up on Monday night.

“You can’t do it,” Weight said bluntly after his team had allowed 47 shots on goal and lost 5-4 to the Nashville Predators in overtime. Monday night was the 20th consecutive game that the Islanders had allowed 30 or more shots on net and it was the fourth straight game that they had allowed at least 40 shots against.

The Islanders struggles to protect their own net are nothing new, but as the season hits the stretch run and points become more important the issues has become increasingly concerning. The Islanders held a lead through the first 40 minutes on Monday night, but they had allowed 37 shots on starter Jaroslav Halak within that same span.

“We didn’t deserve (the win) from our first two (periods),” Weight said. “They have to look at themselves, 37 shots after two periods. How many were from the blueline that hit Jaro right in the stomach. To me, physically, that means you’re not in the shot lanes. We don’t get those through, they block them.

“We’re talking a big game about being aggressive and block shots, but we’re not doing them.”

The Islanders turned on the pressure in the third period on Monday and held the Predators to just six shots on net, but Nashville still managed to score the tying goal in the final minute of the game. Third periods have statistically better for the Islanders this season, both in shots on goal and goals scored.

New York has been outshot 1,303-1,116 in the first two periods this season, but have only been outshot 592-544 in third periods this year. That seems to correlate with the fact the Islanders have been outscored 134-109 through the first 40 minutes of games while outscoring their opponent 64-57 in the third.

“The third period, I just thought we did a better job of putting the pucks behind their (defense) and making them come the whole 200 feet. Something we didn’t do the first two periods,” Andrew Ladd said about Monday’s third period.

It hasn’t helped the Islanders cause that they’ve been hampered by injuries. Calvin de Haan has been sidelined for the rest of the season,  Johnny Boychuk has been injured since the end of December and Scott Mayfield left Monday’s game with a lower-body injury.

There was no update following the game on Mayfield’s status and the team had a day off on Tuesday. Boychuk has been skating, but when he could return to the ice is still up in the air.