Your Morning Dump... Where Mook's in Toronto and Moose's in Boston 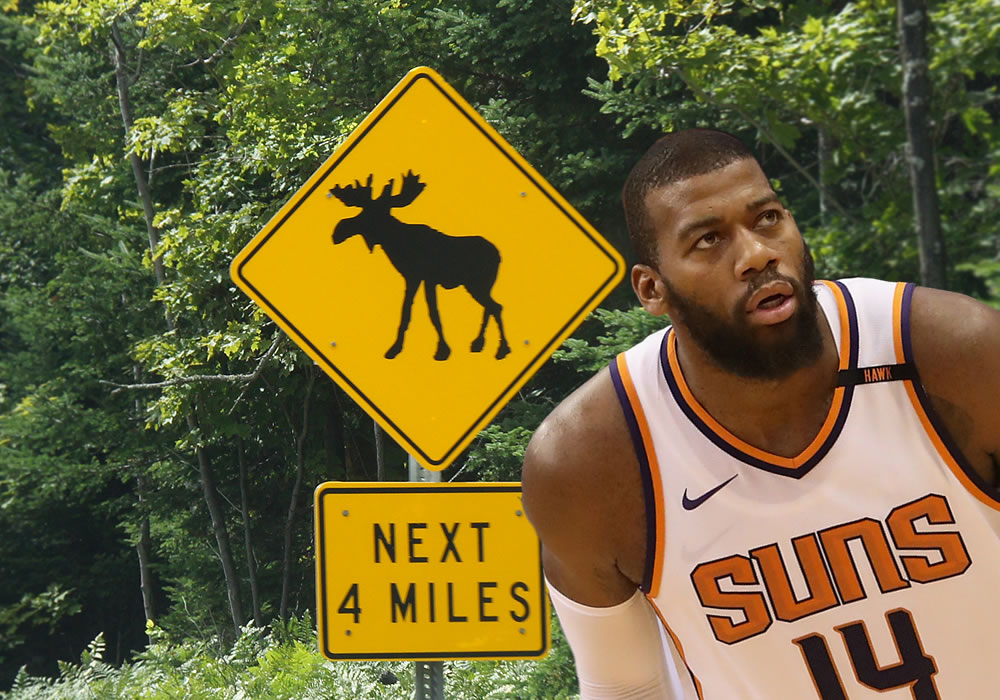 Your Morning Dump... Where Mook's in Toronto and Moose's in Boston

Greg Monroe has arrived in Boston to undergo a physical, with an official announcement of his signing likely to be made sometime on Thursday.

Boston came to terms on a one-year deal worth $5 million shortly after Monroe agreed to a buyout from Phoenix last week. However, the deal has not been consummated because the Celtics wanted to keep as many options open to swinging another possible deal prior to Thursday’s trade deadline.

Once the trade deadline passes, the Celtics will move quickly to make the Monroe deal official.

The Boston Celtics announced Monday afternoon that guard Kyrie Irving (quad contusion) and forward Marcus Morris (bruised backside) both traveled with the team to begin a two-game road trip and are considered questionable for Tuesday’s matchup with the Toronto Raptors.

“There’s a chance (Irving) and Morris could play sometime on the road trip,” Stevens said.

Morris has indicated he expects to play Tuesday against the Raptors. The Celtics will fly to D.C. after that game before meeting the Washington Wizards on Thursday night.

So, apart from a thinly sourced rumor that put Smart in Denver in exchange for Emmanuel Mudiay, yesterday’s big news was player whereabouts.

The Celtics, having come to terms with Monroe last week seem to be in no hurry whatsoever to get him on the bench or in the game. He’s in Boston now, and it seems the soonest he’ll don a Celtics uniform will be Friday’s game against the Pacers at the Garden.

And on the injury front, both Irving and Morris are traveling with the team first to Toronto and then to Washington. So far, that’s all we know. They may be available for both games, heck, they might even play in both games.

Having spent a fair bit of time the last few weeks writing up articles on past Celtics greats, on the one hand, there are plenty of people that kvetch about how these minor injuries are keeping guys out of games, but I gotta tell you, playing through injuries cost a lot of guys a lot of seasons. Hit your early 30s in the NBA in the 50s-90s and you were basically done. Maybe you’d get all the way to 35, but you’d spend those last few years not accomplishing much at all. Better management of injuries has added years to player careers.

Page 2: Where the Celtics were never really in on the Griffin or Jordan sweepstakes

The Celtics, however, were reportedly never a part of the discussion for either Los Angeles Clippers big man DeAndre Jordan or former Clippers and current Detroit Pistons star Blake Griffin.

The Boston Globe’s Adam Himmelsbach reported on Monday that although Jordan has been available for quite some time, the Celtics never really went after him. Meanwhile, the Celtics — who previously had pursued Griffin — were never part of the discussions prior to the trade that sent him to Detroit.

I’m not sure how interested the Celtics ever were in Blake Griffin–I think that was always a narrative that was pushed more by idle chatter from people with no information, and if anything, their interest in DeAndre Jordan is even less than their interest in Blake.

When conversations like this come up, it’s important to remember that the NBA requires the salaries in a trade to be roughly equal.

And, unlike the past few years, the Celtics are no longer carrying ugly contracts that can be used to match salaries for top rated players. In the past, Jerebko, Amir Johnson and Tyler Zeller were all carrying well above market value contracts. Now, as it so happens, the three highest paid Celtics are the three best Celtics (assuming Hayward makes a full recovery). Trading for DAJ or Blake becomes a sideways move when you have to send out one or two really good players, not just matching salary and draft picks.

Finally: Where have all the floorboards gone? Today’s retired number is 32, Kevin McHale. So why not take a break and enjoy this classic Cheers episode. Free and legal, I promise.

NBC Sports Irving’s not the Celtics’ only go-to guy