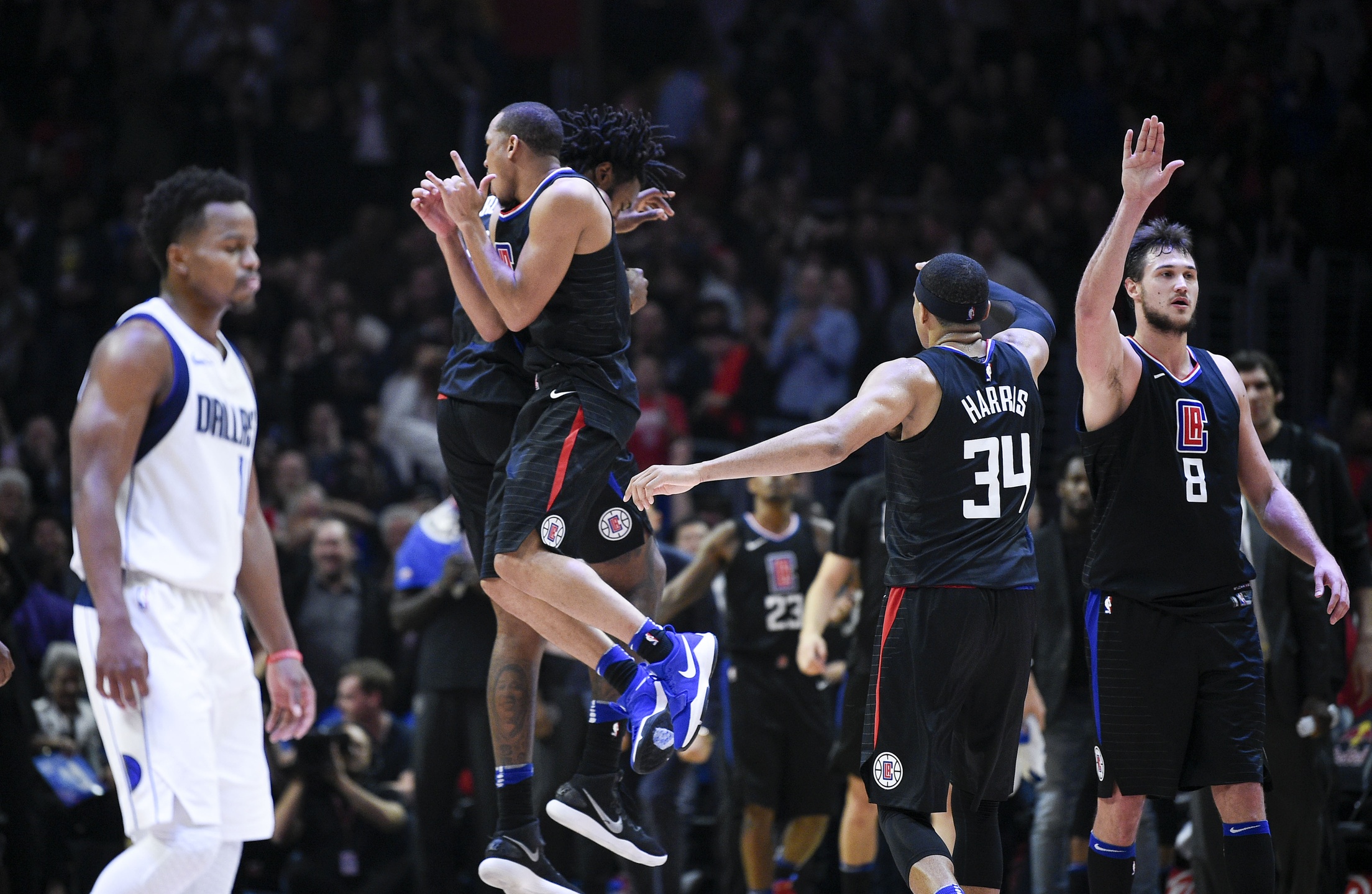 The Dallas Mavericks hit 17 threes, and somehow the Clippers pulled out with a win.

Dallas was up 101-91 with 4:42 left, and they never scored again. Los Angeles held Dallas scoreless for the final 4:42 of the game, and won the game on a 13-0 run. If that sounds dramatic, that’s because the finish of this game was dramatic.

The Clippers were up 102-101 with 7.4 seconds left in the game, and both teams were tangled in a jump ball. Deandre Jordan knocked the ball into the Clippers’ side of the floor, and Avery Bradley scored layup to give the Clippers a 104-101 lead with .7 seconds left. Unfortunately, Bradley could have just dribbled out the clock, and instead the Mavs got one more crack at the game. Surprisingly, Yogi Ferrell stepped out of bounds during his game-tying three point shot. I spoke to Avery Bradley about the Clipper’s defensive tenacity, and the final shot he took at the end of the game.

The Clippers were led by Danilo Gallinari’s season high 28 points. Gallinari was red-hot from the field: shooting 9/13 from the field, and 4/5 from three. Newcomers Tobias Harris & Avery Bradley were game changers in the game as well. While Harris was cold from deep, his interior shooting helped catalyze the Clippers’ comeback. Avery Bradley made continuous key defensive stops that helped keep the Mavericks scoreless in the final 4:42 of the game.

There were three main reasons why the Clippers managed to win this game: points in the paint (48), forcing turnovers (20), and fast break points (16).

Look out, coming through! @tobias31 👀

It would have been very easy for the Clippers fall behind during the Mavericks’ three point barrage. Every time Dallas scored a three, the Clippers were able to get inside the paint and score. The Mavericks never had a lead bigger than 10 because of the Clippers’ consistent scoring and defense.

The Final Clip: This was the perfect win the new-look Clippers needed before going out on the road. The team was able to come together in a comeback victory that will galvanize the group. Friday’s game against Detroit will be must-watch television, as Blake Griffin’s red-hot Pistons face his former team.