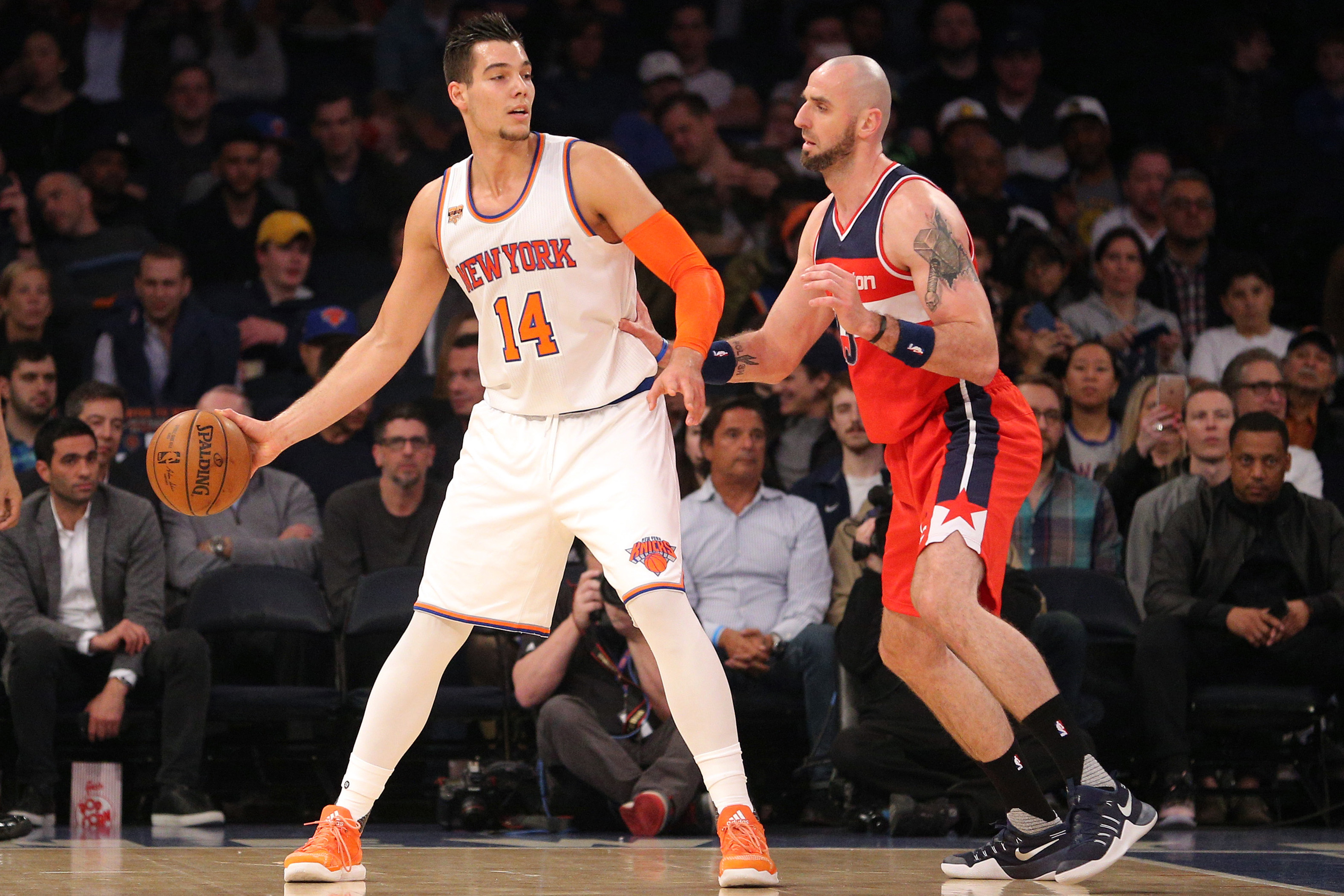 Following Kristaps Porzingis’ devastating ACL injury, it would appear as though Willy Hernangomez’s wish for more playing time would be granted under unfortunate circumstances.

Instead, the Knicks will trade the young gun to the Charlotte Hornets for a very underwhelming return haul.

Hernangomez boasted a plethora of potential through his rookie campaign. He had a soft and efficient touch around the basket, but fought hard and provided physicality on the boards. In an effort to give New York more versatility and space on the floor, he was also in the process of perfecting his midrange game and developing somewhat of a long range jumper from deep as well. The promise is still there, but the opportunity to prove himself hasn’t been.

After earning All-Rookie First Team honors last year, Hernangomez has played sparingly in his sophomore campaign. Despite once being heralded as a key part of New York’s up and coming young core, the international stud fell out of favor with the Knicks’ coaching staff. His defensive skills are raw and his overall basketball IQ is underdeveloped. Considering his overall skill-set, Enes Kanter plays similarly and currently at a higher level. He has the edge over Hernangomez, and that’s been enough for the Knicks to shun the latter to the bench. The pros didn’t outweigh the cons, and that’s truly unfortunate. The injury to Porzingis should have provided a silver living for Hernangomez’s future in orange and blue.

The Knicks should have felt no pressure to trade him. He was under contract for two more seasons at a very reasonable rate. This decision seems irrational and premature.

By parting ways with the big man, New York is clearly in sell mode. It’s just puzzling that Hernangomez didn’t reel in more worthwhile assets. The two second round picks won’t benefit the team for a while. As for Bryant, he’ll also provide a steady rebounding presence but presents a liability on offense. It remains to be seen if the Knicks will legitimately explore his potential or if he was simply included as a salary filler.