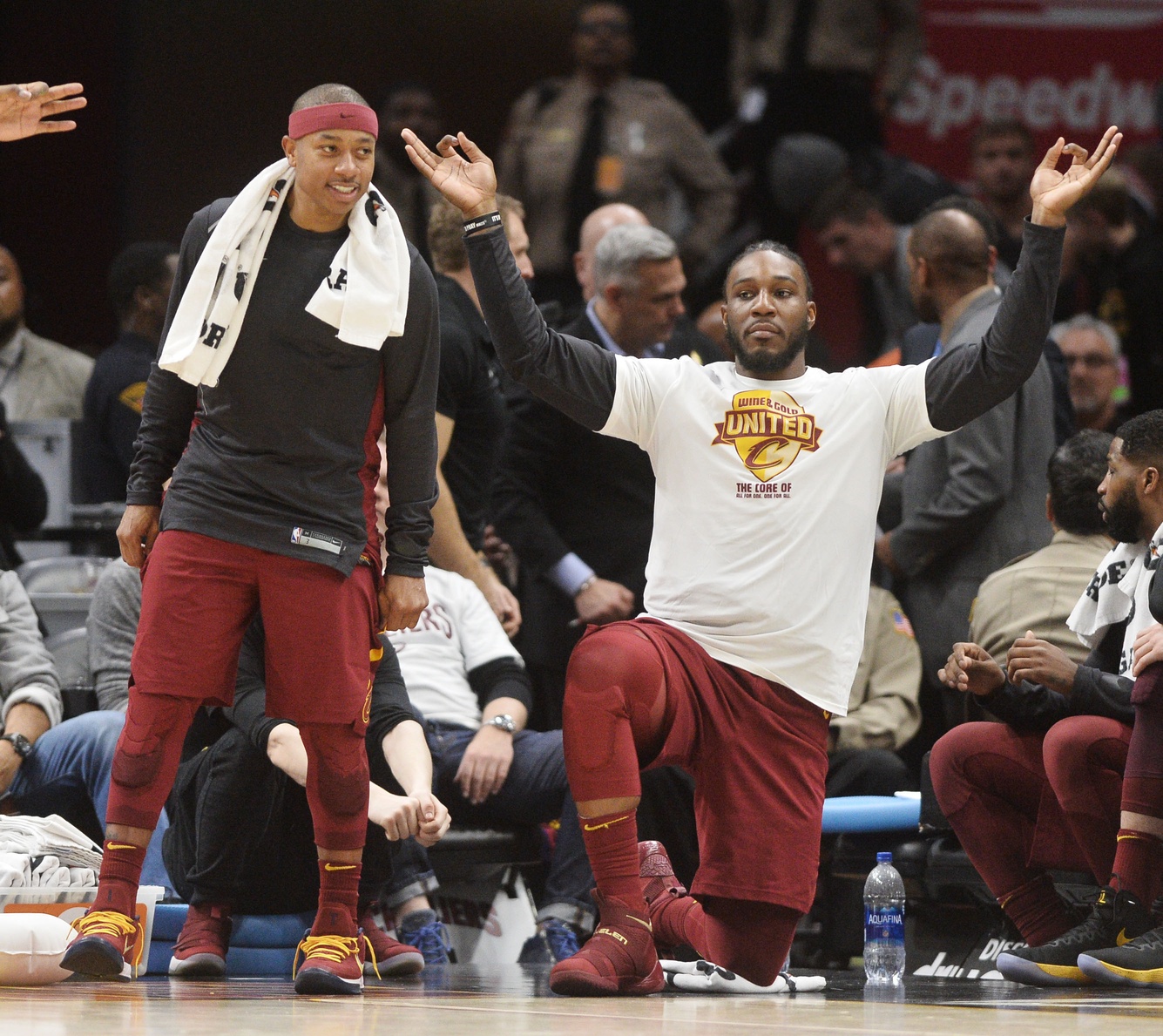 The Isaiah Thomas experiment is over in Cleveland. The Cavaliers traded the point guard and forward Channing Frye to the Los Angeles Lakers on Thursday for guard Jordan Clarkson and forward Larry Nance Jr.

The Lakers also get the Cavaliers’ protected first-round pick in 2018. The trade deadline is at 3 p.m. ET Thursday.

Both Thomas ($6.3 million) and Frye ($7.4 million) are on expiring contracts. The Lakers now project to have $46.9 million in cap room this summer when Los Angeles could make a run at max contract candidates such as LeBron James, if he opts out of his contract, and/or Paul George. The cap space will increase to $69 million if they do not bring back Julius Randle and stretch the $37 million owed to Luol Deng over five years.

The Cleveland Cavaliers have seen the writing on the wall, and have now engaged in a monster overhaul to revitalize their roster. In that process, Isaiah Thomas and Jae Crowder are gone, off to the Lakers and Utah. Dwyane Wade, hilariously, is off to Miami for practically nothing.

The Cavs now get George Hill to run their show and Rodney Hood instead of Derrick Rose off the bench. They’re also adding Jordan Clarkson and Larry Nance, Jr.

That means the Cavs have a healthy point guard who is much more complimentary than Thomas (as in, he’s much more willing to defer). Hood, Clarkson, and Nance will at least come in and try… which is a major upgrade for the Cavs.

On the way out… basically half the team.

The Cavs are doing the Celtics 2017 offseason thing where they literally replace everyone, except they are packing it into like two hours.

It’s hard to say how this affects everyone because who the hell has overhauled a team like this in one fell swoop?

One hand, they’re younger and will be more active… on the other… will they be able to come together in time to win?

I will say this… Isaiah and Jae are not shy with the media and I’m sure they hated their time in Cleveland. I’m strapping in for some ETHER from those two in the coming days.