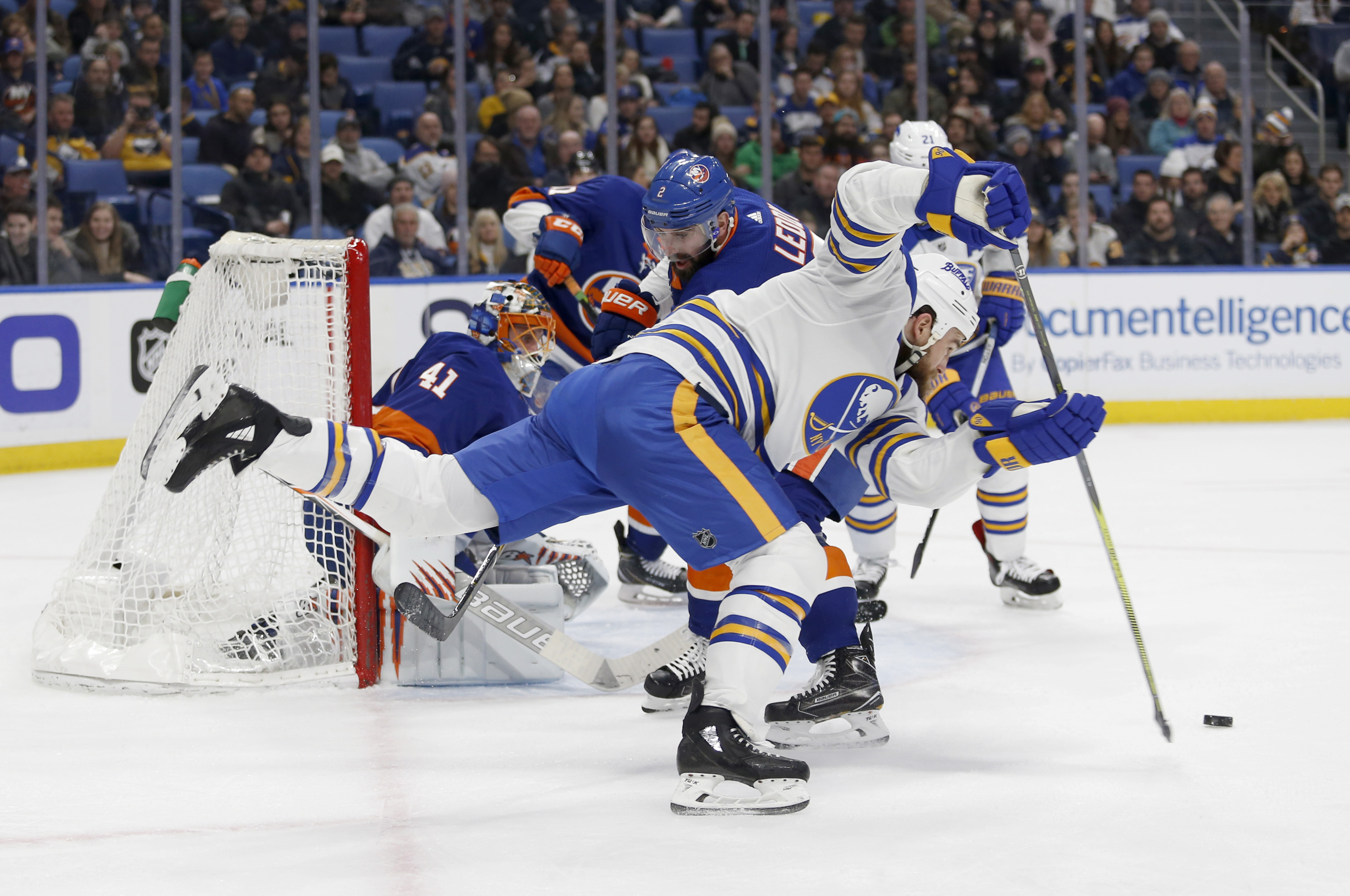 Even after the Islanders rallied from a 3-0 deficit to tie the game with 5:27 left in regulation, it wasn’t enough for them to leave Buffalo with even a point.

A goal by Sam Reinhart with 4:14 left in the game broke the 3-3 tied and led to the Buffalo Sabres 4-3 win on Thursday night. It was the Islanders fourth loss in their last five games as they missed a golden opportunity to move back into playoff position with only two Metro Division teams in action.

Reinhart’s goal came just a mear 1:13 after Anders Lee had tied the game for the Islanders. A shot from Evan Rodriguez was stopped by Jaroslav Halak, but Reinhart swept the rebound into the Islanders’ net for the late lead.

It was a frustrating end to a game that did not reflect the score for most of the 60-minute contest. The Islanders outshot the Sabres 29-22, which included giving up just four shots in the first period, but found themselves in a 3-0 hole early in the second period.

Tavares: “They capitalized more on their opportunities than we did on ours. It’s just unfortunate because overall it was a pretty decent hockey game. We came back and had big goals, but just blown coverage in our own zone and it cost us.”#NYIvsBUF pic.twitter.com/kGOxZoHQOl

The 22 shots against were the fewest the Islanders had given up since December 19 against the Detroit Red Wings, when the Islanders also allowed 22 shots on net. New York had allowed 30 or more shots on net in 20 straight games prior to Thursday night.

Still, John Tavares’ goal at 13:06 of the second period was the Islanders first of the game and cut the Sabres lead to 3-1. Ross Johnston pulled the Islanders within one 7:30 into the third with his second career NHL goal.

Johnston has scored in two of his four NHL appearances this season.

The Islanders capitalized on a power play just over seven minutes later to tie the game at three with 5:27 left in the game. A shot towards the net ricocheted off the end boards and went right to Lee, who put the puck into the Sabres’ net.

Anders: “After kind of spotting them a couple in the first we knew we were in a hole & had to battle back. We tied it late in third & obviously when you do that & you come back & battle & then leave with zero points it’s frustrating. This one doesn’t sit well at all.” #NYIvsBUF pic.twitter.com/sf0T5wYeqj

The Islanders had found themselves down early despite not allowing the Sabres many scoring chances. Jack Eichel scored on Buffalo’s first shot of the game at 7:41 of the first period after the Islanders gave the Sabres’ star room to shoot.

Rodriguez scored on the Sabres second shot of the game to put his team up 2-0 and Ryan O’Reilly gave Buffalo a 3-0 lead 7:18 into the second period.