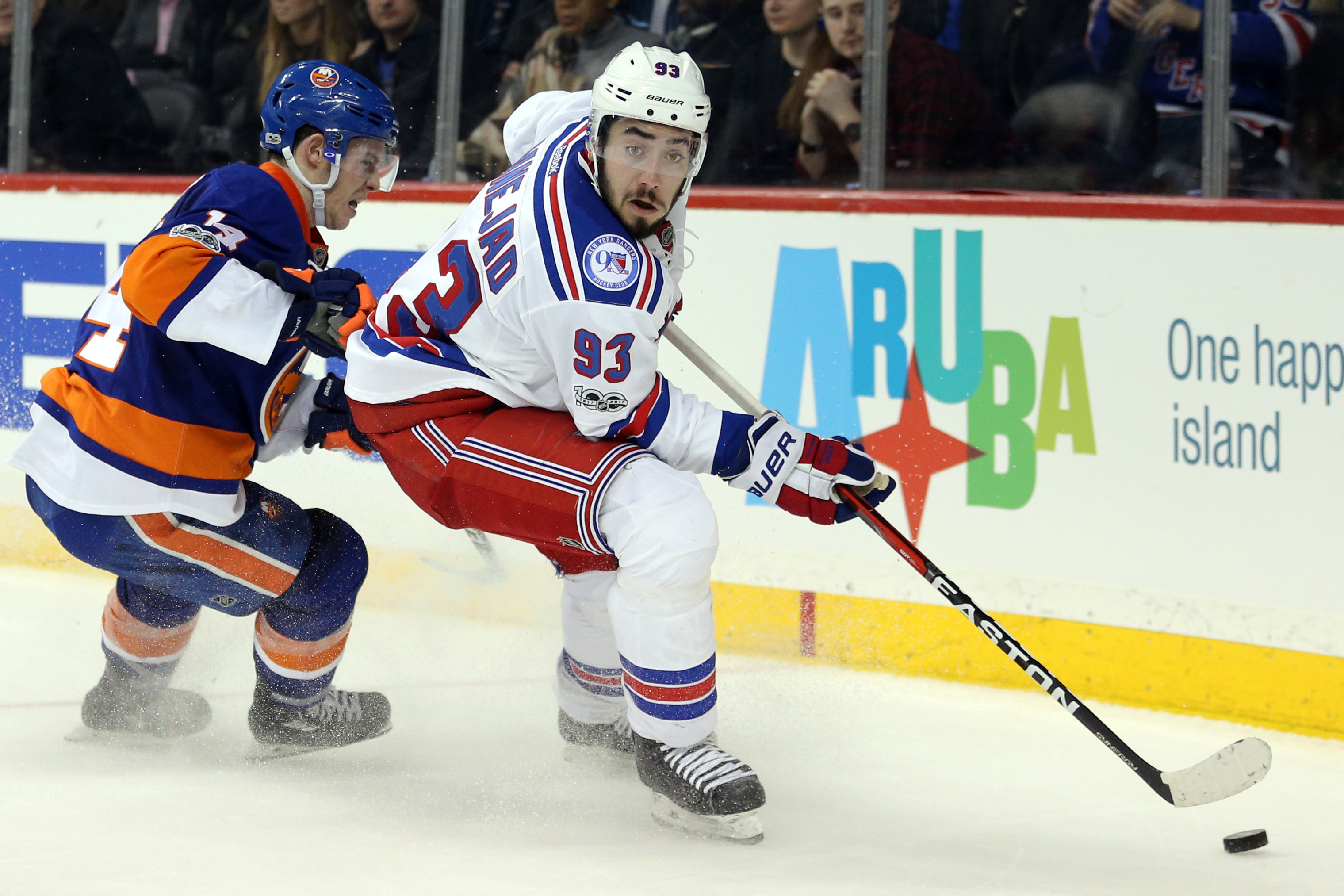 The Least You Should Know About the Rangers… The Rangers enter tonight’s game with a 2-1-0 record in their last three games… Chris Kreider practiced with the Rangers for the first time on Wednesday after leaving a game in Washington on December 27. Kreider has missed the Rangers last 20 games… Kevin Hayes enters the game with a three-game point and assists streak.

EAST MEADOW, N.Y. — The Islanders will host another must-win game tonight when their crosstown rival comes to Brooklyn. The game is the second of three contests that the Islanders play this week against divisional opponents who are neck and neck and neck with the Islanders in the standings.

The Islanders are hoping that they can extend their recent success against the Rangers to yet another game. In two previous meetings this year, the Islanders have defeated the Rangers twice and outscored them by a combined score of 11-5.

The blue and orange are also hoping the visit from their Manhattan rivals will rejuvenate the team after a lackluster performance against the Columbus Blue Jackets on Tuesday.

“I think it’s always fun to have that rivalry,” Islanders head coach Doug Weight said. “I think it’s been amped up the last couple of seasons for us. Had good results. Don’t want to overthink it. Just want to go enjoy it and hopefully get the same type of result.”

The Islanders smacked around the Rangers 7-2 in their last matchup at Madison Square Garden and the Islanders haven’t dropped a game against the Rangers since the 2016-17 season opener.

Weight will change up his lineup a bit tonight, with Tanner Fritz and Dennis Seidenberg both back in. They will be taking the places of Jason Chimera and Sebastion Aho, respectively, and Jaroslav Halak will start in net.

Chimera has taken a lot of ire from fans, especially in recent weeks as the team has continued to struggle. Prior to today, Chimera has appeared in every game this season for the Islanders.

Fritz, who will be skating with Brock Nelson and Andrew Ladd tonight, called the last week and a half tough not getting to play due to injury. Tonight will be the first time that Fritz will experience the Rangers-Islanders rivalry outside of the preseason.

“I’m excited for it,” He said after morning skate. “It’s a big game for us. Every game from here on out is like a playoff game. Obviously a big test for us.”