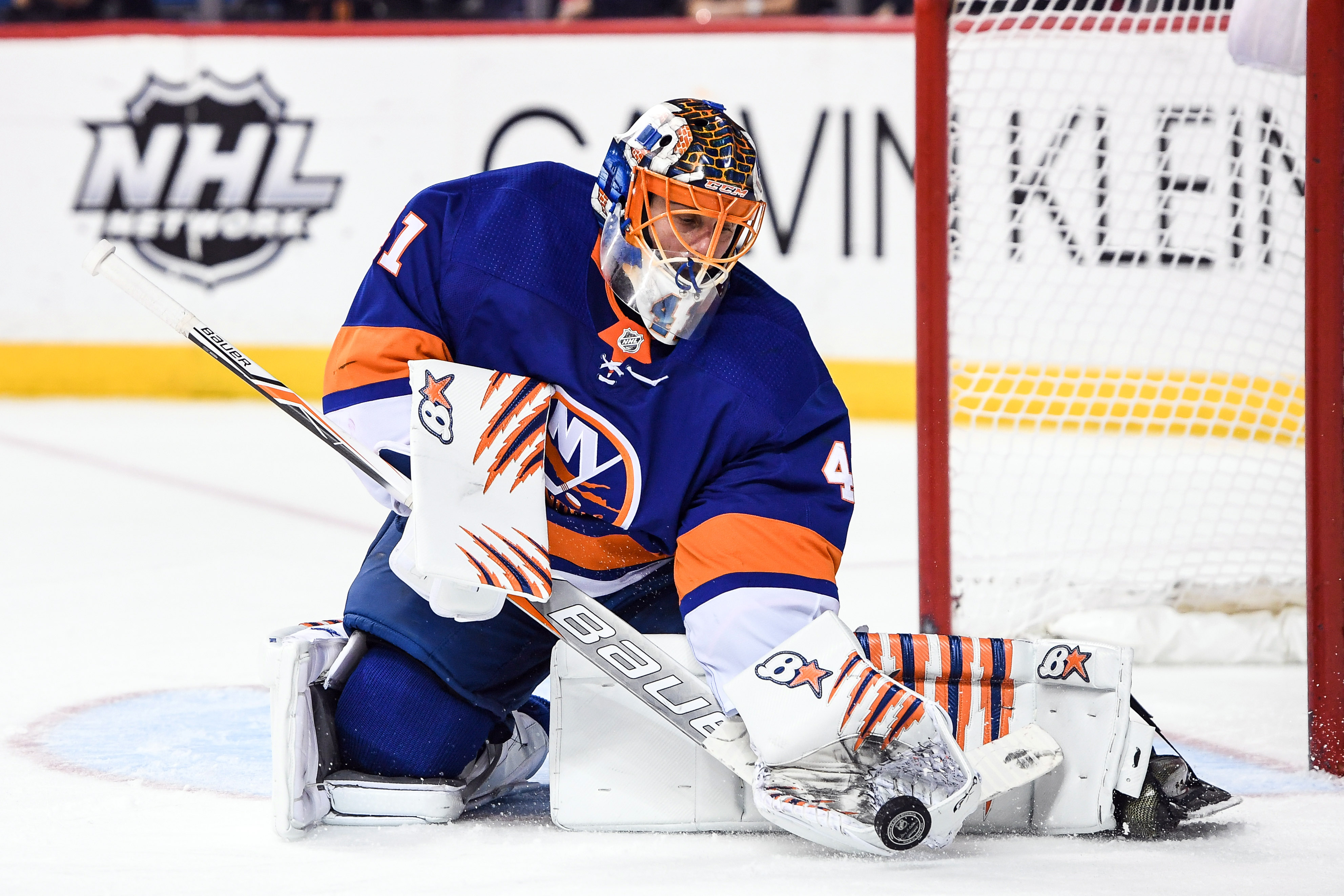 NEW YORK — It took 38 starts and 50 saves for Jaroslav Halak to finally get his well-deserved first shutout of the season against the New York Rangers on Thursday. It seemed like a long time coming for the Islanders netminder, who has had to face a staggering 1,016 shots since December 1. Halak has been on fire lately, and the hockey betting lines have reflected this.  The Islanders are currently -300 to make the playoffs.  If you’re interested in hockey betting using promo code william hill is a great way to start making wagers.

That’s 122 shots more than any other goaltender in the NHL has faced in that same span.

Halak has had a few chances to keep an opponent off the scoreboard for a full 60 minutes, but those always seemed to go by the wayside in the end. Thursday’s shutout was the longest it’s taken for Halak to record a shutout since he joined the Islanders in 2014.

Halak, 32, recorded his first shutout in December 1 last season, and in the two previous years he had shutouts in the first two months of the season.

“It’s not the be all end all, but it feels really good for him,” Islanders head coach Doug Weight said. “I think it was the first one of the year. Hopefully we can build on that.”

The Islanders starter has faced a barrage of shots on a nightly basis and has faced fewer than 30 shots in a start just twice dating back to December 11. The high volume of shots has been an ongoing issue for New York during their tumultuous turn in the season and Halak has taken some criticism for the goals he’s given up.

But the players in front  of him have noted how well Halak has played even when the score doesn’t always reflect that.

“I thought we played well, but when we really needed him  he stepped up and made some big saves,” Josh Bailey said. “Credit to him. He’s been working hard and taking a lot of crap sometimes. It’s good for him and hopefully he can build off it.”

The Islanders did question the number of shots that the Rangers were credited with, a grip that seemed to have at least some legitimacy this time around, but even with that question the shot total remained high. The Islanders have surrendered 35 or more shots in nine of their last 10 games.

“I think teams are really keying on try to put the puck to the net against us,” Jordan Eberle said. “Maybe we need to box out a little more and trying to get some blocks, but Jaro has been solid. I mean the goalies have taken a lot of heat for the amount of goals (opponents) have scored, but most of it is on us. They’ve stood tall and kept us in nights.”