What Does The Future Hold For Knicks' Frank Ntilikina? 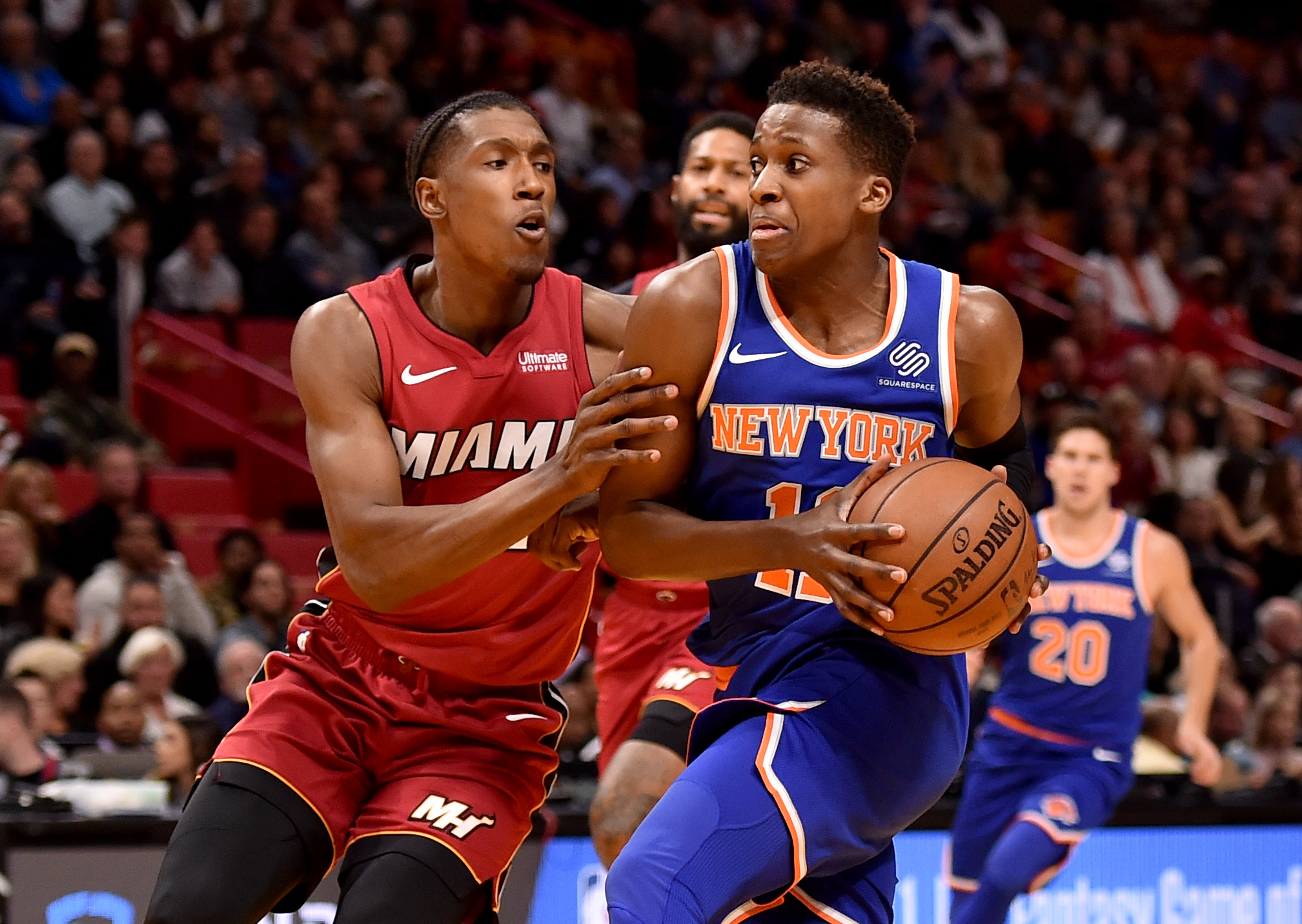 What Does The Future Hold For Knicks' Frank Ntilikina?

Friday night proved to be a boatload of fun for Frank Ntilikina. Enjoying NBA All-Star Weekend in Los Angeles for the first time, the 19 year old basked in all the glory as he took part in the Rising Stars Challenge. Helping “Team World” to victory, the rookie looked incredibly relaxed as the free-flowing pace of such a contest came naturally to him. Logging 6 points, 5 assists, and 3 steals in 18 minutes, Ntilikina could be seen chasing opposing ball handlers up and down the court, as well as throwing alley-oops on the other end.

It was clear playing alongside (and competing against) some of the best young players in all of the NBA helped bring out the best in Ntilikina. Gone was that hesitation or rawness he’s displayed while donning orange and blue this year. Merely focused on having fun, Ntilikina proved to have a good eye for teammates driving to the basket and found them running in transition with ease.

The Knicks had to like what they saw and most certainly crave more of that as the season progresses. Moving forward, Ntilikina will likely get more chances to shine as the Knicks come to terms with their fading postseason hopes and focus on development instead. With Kristaps Porzingis sidelined the rest of the way and Willy Hernangomez out of town, expect the Knicks’ young point guard to develop more chemistry with Enes Kanter, someone who now figures to be a sensible player for the future. Ntilikina will have to work on pushing the pace and guiding his teammates around in the open floor (a la Jarrett Jack) so that he can find them open shots. With the ball in his hands, he’ll also need to work on driving to the basket more often as well.

New York will have the chance to work closely with Ntilikina over the next two months or so to really streamline his continued development. Porzingis may be the more dominating force, but the rookie is just as vital to this team’s future success, as his potential ability to orchestrate will be key to Porzingis pouring in the points.

But after hitting the ground running, things might slow down for Ntilikina this offseason. According to the New York Post, he plans to return to France in the summer. “I will probably come back home, but I will take care of working on my game,’’ Ntilikina said at Staples Center. “I will make sure I will come back stronger and even better.”

He added that most of his time will be spent across the pond. What’s more, Ntilikina doesn’t anticipate participating in NBA Summer League in Las Vegas. While international players are known to spend summers overseas quite a bit, the fact that Ntilikina isn’t set to play in Las Vegas is not only surprising, but a cause for concern. He’s looked incredibly raw this season and such exposure (in addition to more time to develop chemistry with other young players that should prove to be key to the Knicks’ young core) could really benefit his game. It’d be a shame to not see him participate.

The Knicks could always send a development associate to spend time with Ntilikina overseas. They’ve utilized similar strategies with players in the past. Still, as The Post notes, he wouldn’t have the opportunity to participate in the some of the more competitive pickup games that have become so common in New York during the summer.

Ntilikina absolutely has a right to go home, but given his seemingly up in the air plans, the Knicks need to get on board with him to ensure they can keep tabs and continue to aid his crucial development. Whereas this season has sort of been approached with a trial and error mentality, Ntilikina needs to be ready to command this offense next season.