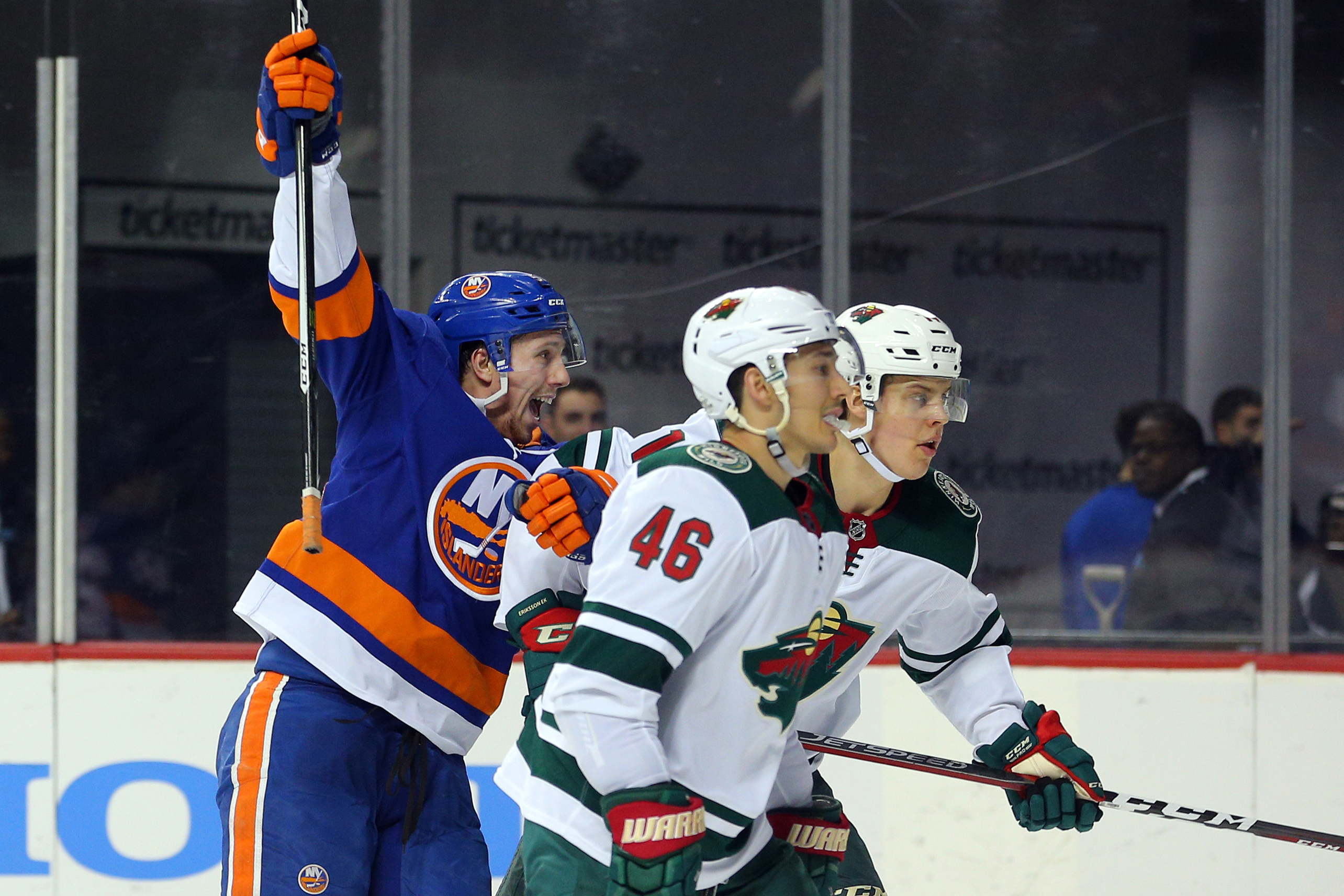 The Islanders were down by two in the second period when Fritz took a pass in the high slot from Anders Lee and then fired a wrist shot towards the net. The puck went over the glove of Minnesota Wild starter Devan Dubnyk and the rookie had his first goal in his NHL career.

“I just the shot through the guy and everyone started cheering,” Fritz said. “I was like oh my god it must have went in.”

Monday was Fritz’s 14th NHL game this season after being called up in early January. Fritz returned to the Islanders lineup on Thursday after missing a week and a half with an injury.

The milestone goal came at the 16:31 mark of the second period and pulled the Islanders within one of the Minnesota Wild. Fritz saw 13:43 of ice time in the Islanders 5-3 loss on Monday.

While Fritz would have liked for the goal to come in a win, he was still happy to get his first goal at the NHL level.

“Obviously an exciting moment for me,” Fritz said. “It would have been better to get in a victory, but it’s good to get the first one out of the way. Hopefully, I can keep building off that and get some more goals.”