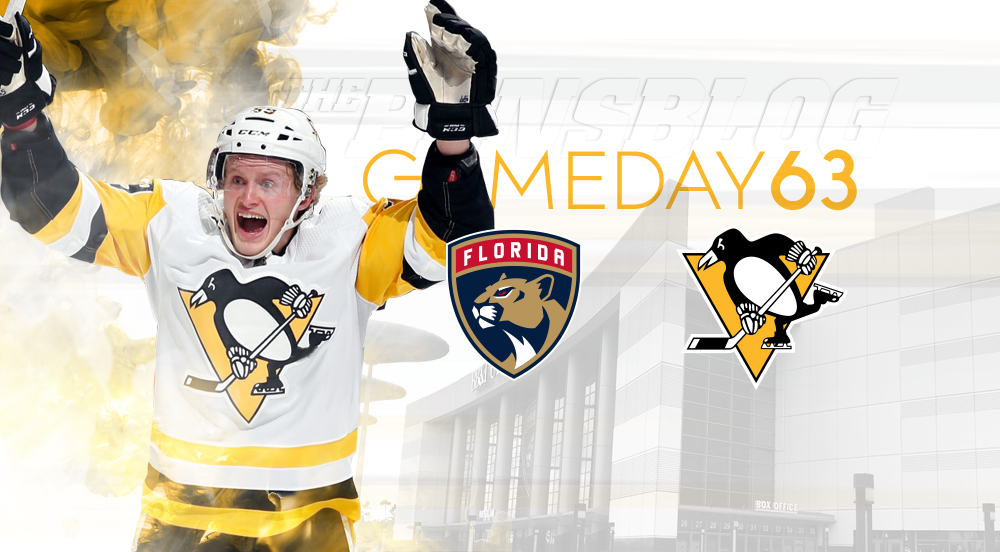 For those that somehow missed it and want a refresher on the Facebook-like algorithm that triggered the Brassard trade, Bob Tha God’s got you covered.

The Penguins continue their mini southern road trip tonight to take on Florida. Which, if we can be serious for a second, what an unreal job they did paying tribute to the victims of the Parkland shooting.

The Panthers are something of an anomaly. They’re in the top four of the Atlantic, but out of a playoff spot. They seem to have an okay roster, but it would be better with this guy. They seemed to be making a turn into using analytics to help their cash-strapped team improve a la Moneyball style, but they got impatient.

Now that Ryan Reaves is gone, please welcome your newest (and some times deserved) scapegoat. There’s rumors floating that GMJR is looking for defensive help before the Monday deadline.* Now is the time to Hunwick to either showcase some short-term value to a trade partner, or solidify a spot on the bottom pairing. Either works, just pick a lane and hit the gas.

*lmao, how does a team have Crosby, Malkin, Letang, Kessel, Guentzel, Murray, Brassard and $2.2M in deadline day cap space? HOW?!

The oldest looking 22-year old there ever was. For real, Ekblad is a top-tier NHL defensman….but he plays for the Panthers. The first overall pick (pet-peeve, mini rant, you can’t be a former first overall pick unless you don’t sign and get drafted again, you’re always a first overall pick) has 24 points, 12+12 in 58 games and has carved out a nice career despite having a constantly changing roster in the three seasons he’s been here.

Also, watch out for Trocheck. Pittsburgh kid, always seems to kill us.